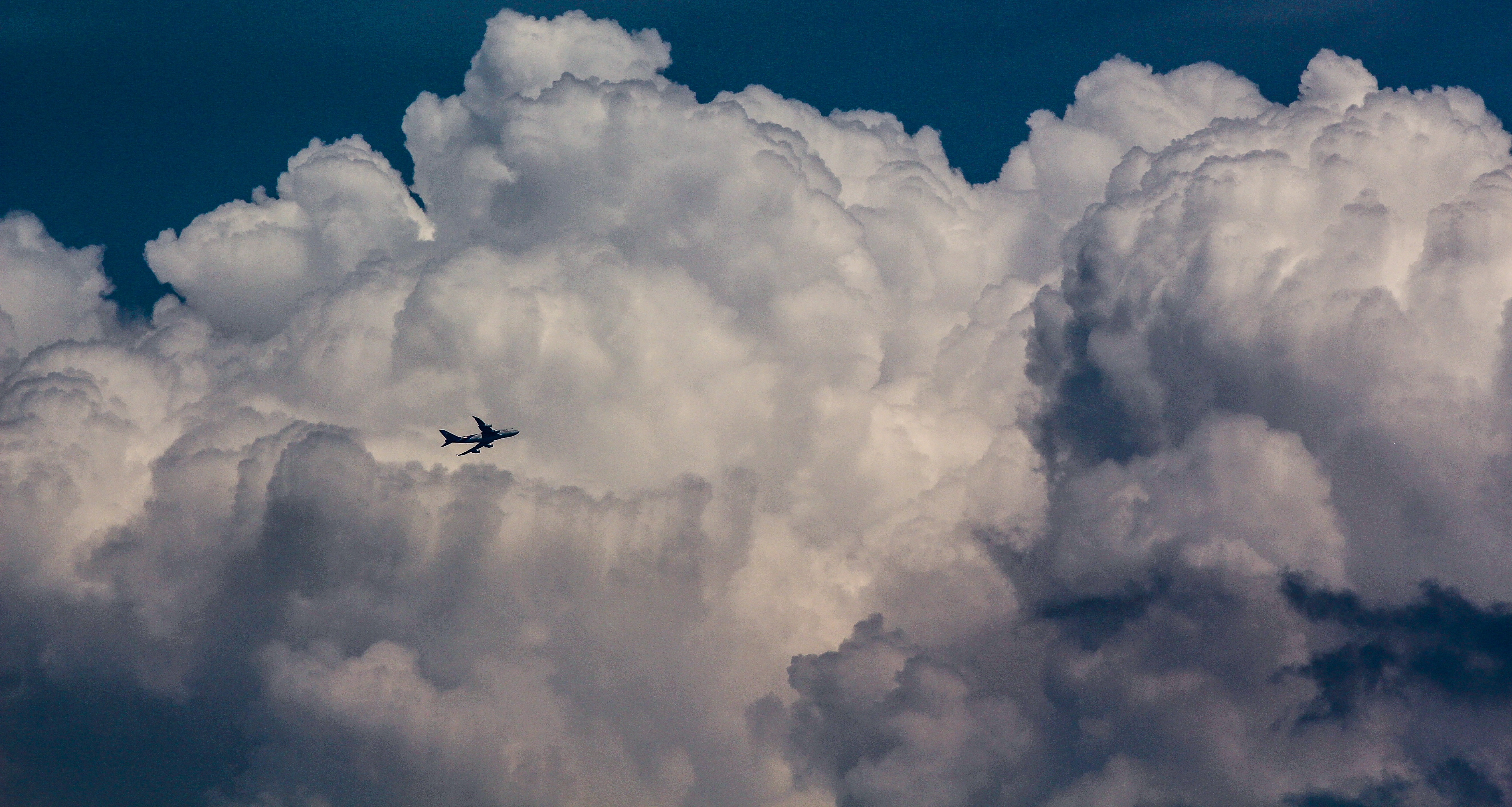 From releasing greenhouse gases while in the air to discharging fuels, lubricants, and other potentially toxic chemicals before takeoff, countless studies have determined that air travel has an undeniable effect on the environment.

Now, a newly published study, led by University of Helsinki (Finland) researchers, finds that planes flying above clouds during precipitation events can cause far more rain or snow to fall from those clouds – totaling up to 14 times more precipitation, under the right conditions.

The water vapor in clouds that eventually becomes precipitation can reach much cooler temperatures than the usual freezing point for liquid water without crystallizing into a solid. This is because clouds typically lack solid surface areas or dust particles that speed along the process of turning liquid water into ice, according to the study. 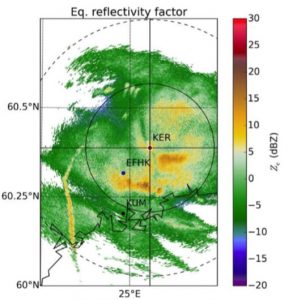 Readings from a dual-polarization radar system at the University of Helsinki (Finland) uncovered a series of localized intensifications of rain and snow close to a nearby airport. The yellow streak on the left side of the reading shows one of these intense areas. These spikes delivered from 6 to 14 times as much precipitation as other areas affected by the same rain or snowstorm received. American Geophysical Union/Journal of Geophysical Research: Atmospheres.

When an aircraft flies through these supercooled clouds, in which water vapor hovers near temperatures between –15 and –20°C (5 and –4°F), the cloud shifts and leaves behind large gaps known as cavum or fallstreak holes. The aircraft’s propellers and wingtips also cause sudden, dramatic drops in the supercooled cloud’s air pressure and temperature, chilling the water vapor below –40°C (–40°F) and forming ice crystals. These crystals then fall through cavum and the lower-lying clouds most responsible for precipitation. Along the way down, the ice particles accumulate other crystals to create wetter rainstorms or larger snowflakes across a localized area.

“The intensified precipitation basically follows the track of an airplane above the cloud,” said lead study author Dmitri Moisseev. Moisseev teaches atmospheric and earth systems at the University of Helsinki. “It could extend over hundreds of kilometers, but the cross-section would be maybe 100 m (328 ft).”

Measurements of the spikes revealed that they delivered from 6 to 14 times as much precipitation as other areas affected by the same rain or snowstorm.

While air travel’s ability to spur accidental precipitation had been hypothesized previously, the Helsinki study is the first to document the phenomenon at length with empirical data.

From airports to laboratories

The Helsinki study began when Moisseev started noticing readings of intense, isolated patches of rain from University of Helsinki radar equipment during otherwise light rainstorms. Those patches were much more concentrated around the nearby Helsinki-Vantaa airport, Moisseev told the American Geophysical Union.

“When you, like myself, look at the radar data every day there is always something interesting going on,” Moisseev said.

After assembling over a decade of archived atmospheric readings from a dual-polarization radar system, Moisseev and his research team isolated a small sample of dates on which several of the unusual precipitation readings were recorded near Helsinki-Vantaa airport. The researchers cross-checked those dates with the flight paths of aircraft arriving in or departing from Helsinki and discovered that aircraft had passed within 2 to 10 km (1 to 6 mi) of the precipitation spikes in nearly every case. 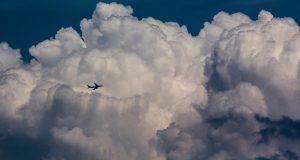 The phenomenon observed at the University of Helsinki provides evidence confirming a long-held hypothesis that aircraft movement can spur additional precipitation during rain or snowstorms. When an aircraft moves through clouds containing water vapor of a certain temperature, the sudden cooling caused by the passing of the aircraft, spurs the vapor to freeze into ice crystals, which then fall through lower clouds. Along the way to the surface, the crystals attract other pieces of ice, creating larger rainstorms and snowflakes within a localized area. JohnsonGoh/Pixabay.

Scientists also discovered that the layer of clouds most likely to contain supercooled water vapor hangs near the typical approach altitude of planes flying into Helsinki-Vantaa, another part of the reason the phenomenon was more commonly observed near the airport, Moisseev said.

“The interesting thing about this feature is that it is caused by aircraft, but it is not caused by pollution,” Moisseev said. “Even if there would be absolutely ecological airplanes, which don’t have any combustion, no fuel or anything, it would still happen.”

Because the phenomenon tying air travel to increased precipitation simply accelerates a naturally occurring process, Moisseev says that studying the effect in greater detail could enable airports to act as laboratories where atmospheric researchers can focus efforts to better understand precipitation mechanisms. More information could enhance meteorologists’ ability to “nowcast” short-term precipitation events less than 6 hours into the future, which could benefit airport operations, according to the study.