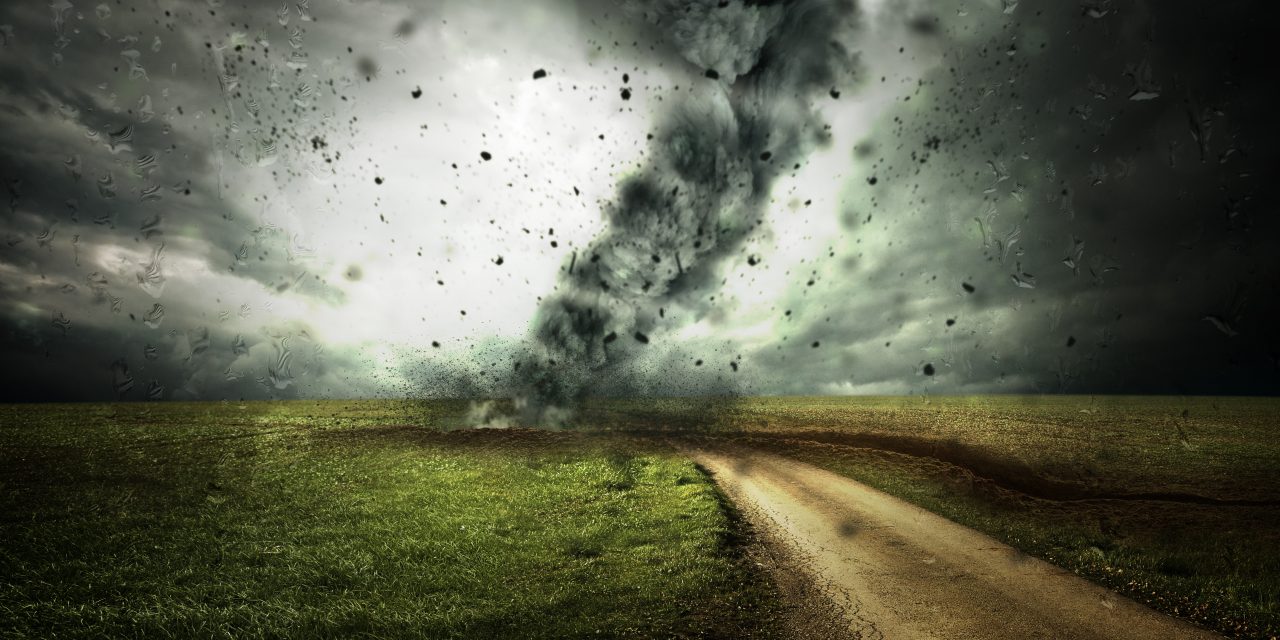 Darkening skies, dropping temperatures, and quickening winds are all tell-tale signs that help people recognize that a severe storm might be approaching. By using satellite imaging to observe phenomena occurring above the clouds, however, scientists have discovered another forewarning that a developing storm may deliver violent tornadoes, dangerous winds, or massive hailstones.

As long as 30 minutes or more before a gathering storm makes landfall, particularly severe storms will exhibit a distinctive plume of ice and water vapor that pushes through the troposphere, where weather typically forms, into the lower stratosphere. Though recognized and described only recently, plumes appear over the majority of Earth’s most intense storms. Previous research by the U.S. National Aeronautics and Space Administration (NASA) on these jets, also known as above-anvil cirrus plumes (AACPs), found that about 88% of severe tornadoes and 86% of hail wider than 5 cm (2 in.) in diameter originated from AACP-producing storms, and that these storms generated an average of 14 times more severe weather events than storms without plumes.

“The question is, why is this plume associated with the worst conditions, and how does it exist in the first place? That’s the gap we are starting to fill,” said lead author Morgan O’Neill of Stanford University in a release about the study, which appeared in the journal Science.

In most conventional thunderstorms, currents of moist air rise through the troposphere but do not command enough force to pierce the ceiling between the troposphere and the lower stratosphere. In effect, the air currents tend to disperse and flatten at the troposphere’s boundary, forming expansive clouds.

Some storms, however, propel moist air quickly enough to break through that boundary. These exceedingly intense storms, also called supercell thunderstorms, can force air upward in a spiraling motion topping 240 kph (150 mph). In these cases, air currents form distinct protrusions in the lower stratosphere called overshooting tops. Dry, fast-moving winds in the lower stratosphere must then flow over and around these overshooting tops, which results in streams of ice and water vapor from the troposphere shooting consistently upward at an extremely fast pace. These streams, which are easily visible in satellite imagery, constitute AACPs.

Earth’s surface feels the effects of AACPs when the overshooting top begins to dissipate. As the top’s moist air descends back into the troposphere, it brings with it dry winds from the stratosphere, which are then launched downward toward the surface at speeds as high as 390 kph (240 mph) or more. In addition to causing especially tumultuous winds, this breakneck-paced airstream can manipulate other atmospheric conditions to spawn tornadoes, large hailstones, and other hazards, the study describes.

“Dry air descending from the stratosphere and moist air rising from the troposphere join in this very narrow, crazy-fast jet,” O’Neill described. “The jet becomes unstable and the whole thing mixes and explodes in turbulence. These speeds at the storm top have never been observed or hypothesized before.”

A New Type of Hydraulic Jump

Using radar data from the U.S. National Oceanic and Atmospheric Administration (NOAA) National Weather Service alongside NASA satellite imagery, the research team developed high-resolution, digital simulations of two supercell thunderstorms that occurred over Amarillo, Texas, and Norman, Oklahoma. Studying how AACPs in both storms formed and behaved over time in response to other atmospheric variables, such as temperature and the amount of water vapor in the atmosphere, provided the best understanding to date of the physical relationship between AACPs and severe weather, the study describes.

Key to the phenomenon, according to the researchers, is a hydraulic jump that occurs when stratospheric winds encounter the overshooting top. Similar to the behavior of fast-moving water flowing through a dam’s spillway that then becomes turbulent upon mixing with slower water, the unconventional change in elevation that stratospheric winds undergo in response to an overshooting top forces those winds to become turbulent on their way through the troposphere. This is the first instance, however, that scientists have observed a hydraulic jump in response to a non-solid barrier, the study describes.

As the state-of-the-art in satellite imaging continues to advance, the researchers write that future inquiries into AACPs could help weather forecasters recognize the onset of severe storms without relying on Doppler radar systems. Coverage from these systems is sparse in many parts of the world, and even when present, they are often incapacitated by wind and hail or hindered by blind spots. The team’s modeling exercise is simply a first step toward capitalizing on a better understanding of AACPs, O’Neill said.

“We have the technology now to go verify our modeling results to see if they’re realistic. That’s really a sweet spot in science.”

Read the study, “Hydraulic jump dynamics above supercell thunderstorms,” in the journal Science.