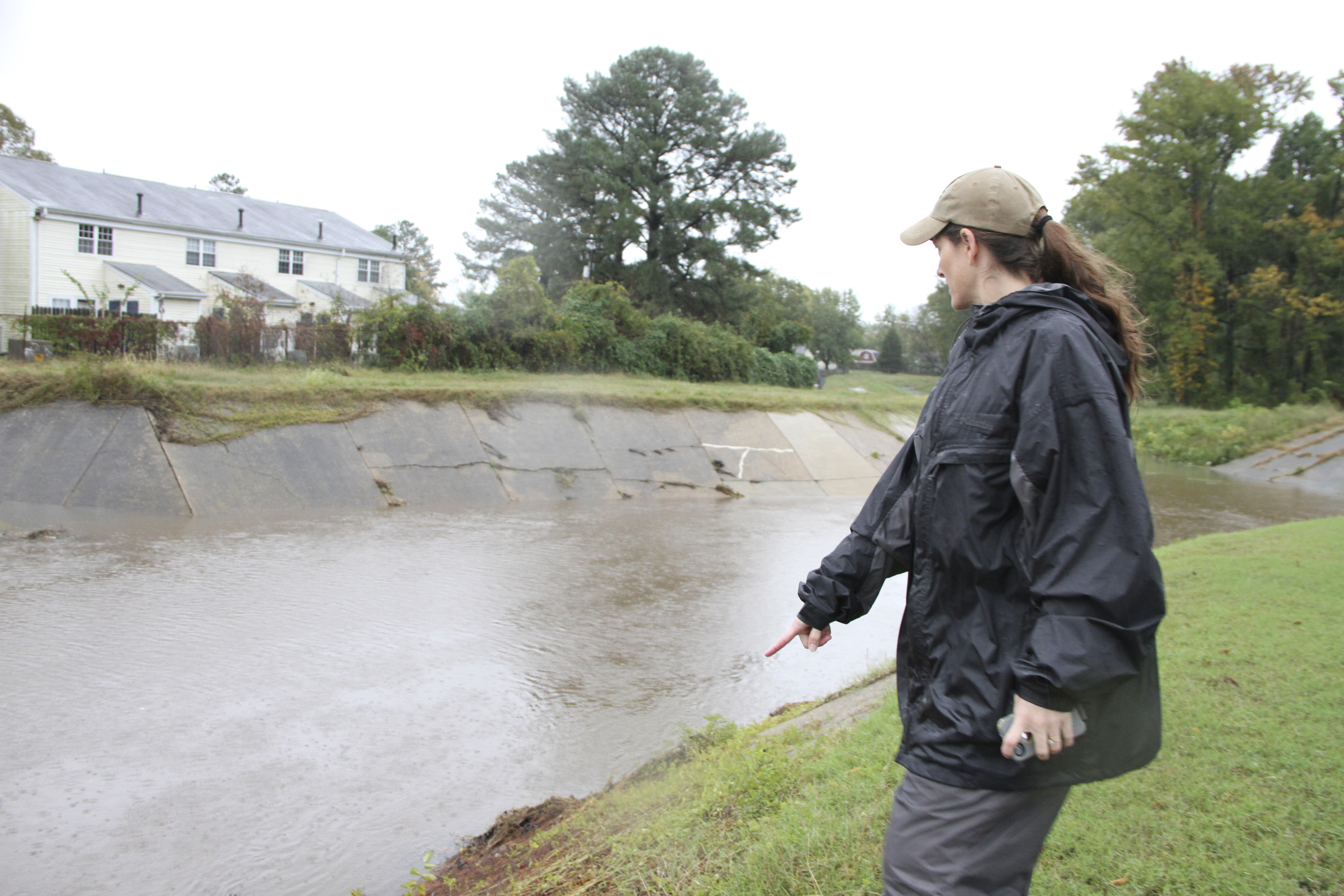 In coastal Hampton, Va., city planners are considering an innovative financing strategy to support new green stormwater infrastructure (GSI) projects. This aims to turn the tide against the severe weather and rising sea levels that have led to increased flooding. 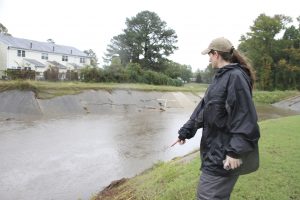 Newmarket Creek winds in a twisting path through the center of Hampton, Va. Recently, severe weather and rising sea levels have increased the river’s tendency to flood, prompting officials to explore new ways to enhance the city’s resilience. One new tactic on the municipality’s radar is to issue environmental impact bonds, a funding mechanism used by a growing number of cities to support ecological projects that traditional investors might consider risky. Patrick Bloodgood/U.S. Army Corps of Engineers.

The city hopes that by issuing “environmental impact bonds” (EIBs) to investors who seek financial, social, and environmental returns on their investments — sometimes called  impact investors — it can gain the financial flexibility to build GSI that traditional investors may find too risky to support. As the municipal government plans the second phase of Resilient Hampton, a broad initiative to bolster the city against the anticipated effects of climate change, GSI is expected to play a key role, according to planning documents released by the program.

“By considering this unique financing option, Hampton is once again proving to be a regional leader in adapting to the growing problems related to climate change,” said Christy Everett, director of the Hampton Roads section of the Chesapeake Bay Foundation (CBF; Annapolis, Md.). “With EIBs, the city can pilot nature-based solutions that both reduce flooding and keep runoff from polluting waterways.”

Countless examples in recent years have shown GSI provides cities with such benefits as reduced runoff, increased wildlife habitat, and higher property values. However, GSI’s highly situational nature and often ambiguous upkeep costs can be a source of uncertainty for private investors; a fact confirmed by a 2017 report from the National Recreation and Parks Association (Ashburn, Va.).

The EIB model can help offset the financial risks associated with that uncertainty for both the municipality and its investors.

Before construction begins, a city issues an EIB with the help of a third-party broker, who sets measurable, performance-based targets that new GSI projects must meet within a specific time. An investor supports the project if he or she believes it can meet those targets. Once the trial period has ended, an independent party measures the projects’ effectiveness. If they perform above expectations, the investor receives a bonus payout. If they fail to meet expectations, the investor pays the city an additional fee to help offset its losses.

A partnership between utility DC Water (Washington, D.C.) and social investment firm Quantified Ventures (Washington, D.C.) pioneered the first EIB in 2016 to finance about $25 million of GSI projects. In the years since, Baltimore and Atlanta have worked with consultants to structure their own stormwater-focused EIBs.

The City of Hampton formed a partnership with CBF and Quantified Ventures to explore the EIB concept in Dec. 2018, according to a CBF press release.

The next phase of the Resilient Hampton plan will identify specific flood-mitigation projects for Newmarket Creek, a waterway that runs through most of the city and includes a spate of manmade turns, ditches, and outfall drains. Working alongside consulting firm Waggonner and Ball (New Orleans), city planners are examining how planting large amounts of water-retaining plants and installing rain gardens along the creek’s banks can enhance resilience against flooding.

But for any GSI plans to move forward, they must first pass the city’s normal capital-planning and budgeting process, according to the release. The use of EIBs could make that process easier.

“We all need to do our part to address climate change,” added Eric Letsinger, CEO of Quantified Ventures. “This initiative allows Hampton to work with impact investors on new ways to do just that.”

Learn more about the EIB model in a video released by CBF below: