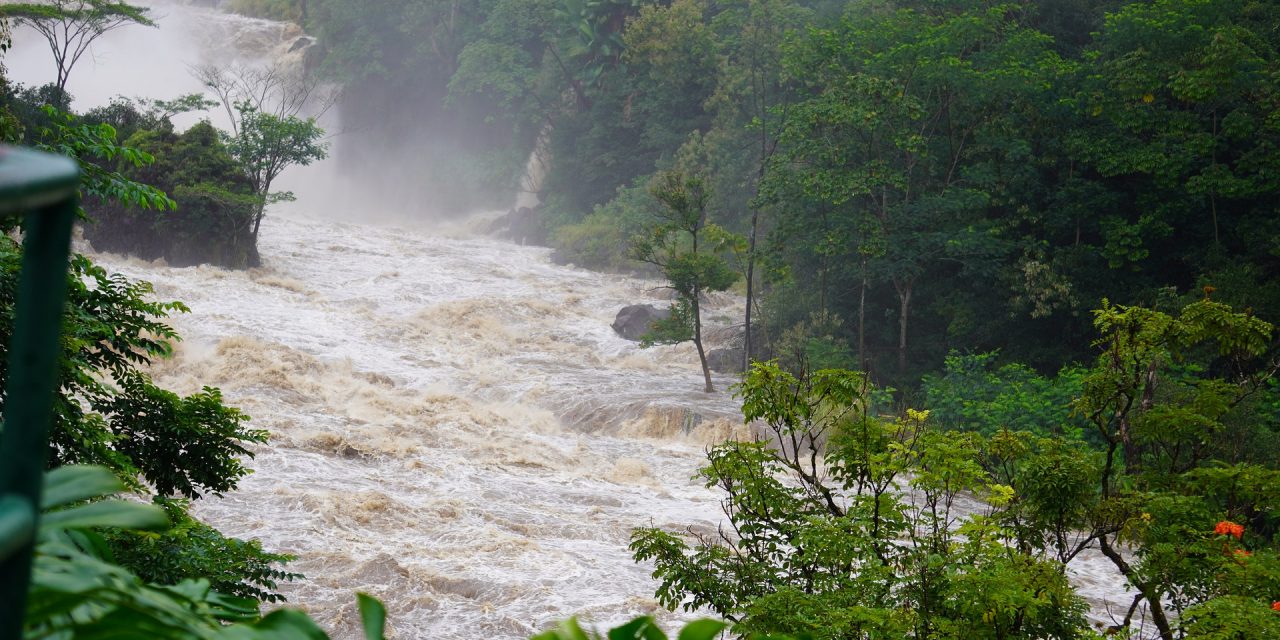 In May 2006, four days of exceptionally heavy rain spurred a 100-year flood event in many parts of New England, shattering previous rainfall records and prompting a federal disaster declaration. Hydrologists are still studying the 2006 Mother’s Day Flood nearly two decades later, not because of its intensity or destruction, but because of an extraordinary occurrence that took place May 15 on central New Hampshire’s Suncook River.

Experiencing as much as 24 times its typical peak flows, the Suncook River quickly spilled over its banks and drifted beyond its expected floodplain, eventually connecting with a steeper stretch of channel downstream that offered less resistance to the river’s flow than its traditional course. In response, the river rerouted itself to connect with the newfound channel, carving a path through the small town of Epsom that became the river’s new, permanent course even after the storm dissipated. Dozens of residents were forced to permanently abandon their homes.

Because of their rarity, river avulsions — which occur when temporary flooding results in permanent changes to a river’s course — are poorly understood by researchers and difficult to predict. However, a May 2022 study published in the journal Science offers hope in understanding where river avulsions are most likely to occur, as well as how changing climatic and land-use conditions may affect that likelihood. The new study is the first to probe, on a global scale, the factors affecting river avulsions.

“Around 330 million people live on river deltas worldwide, and many more live along river corridors,” co-author Vamsi Ganti, from the University of California, Santa Barbara Department of Geography, said in a release about the new study. “We need to understand how river mobility will change in response to climate change and anthropogenic interference.”

A Function of Slopes and Sediments

Avulsions often alter river courses dramatically enough that they are detectable from space. For that reason, the research team began their global investigation of river avulsions by poring over nearly 50 years of satellite data encompassing watersheds of all sizes. In total, they discovered only 113 instances of river avulsions, suggesting that only two or three occur worldwide each year. Still, evidence of these events represents an exponential increase in the body of avulsion examples available to researchers, explained co-author Austin Chadwick, a postdoctoral researcher with the University of Minnesota (Minneapolis).

“Although avulsions are very rare, when you’re looking at practically every single delta on Earth, you’re going to get lucky on a few of them,” Chadwick said in a release. “Instead of having these few, deeply studied sites, we now have a representative sample of everywhere on Earth for the last 50 years.”

Comparing the locations of detected avulsions led the research team to theorize that river avulsions are most likely to occur on deltas — where river systems branch out and connect with larger bodies of water — and on alluvial fans — often formed at the bases of mountains where steep mountain streams spread out across flat land. At these points, whether due to sudden changes in slope or the influence of waves, the flow of water tends to slow down. Slower-moving water allows sediments to accumulate at specific points that tend to remain relatively constant during normal flows. However, during a major flood, rapid erosion caused by rivers pooling over their banks disrupts normal sediment movement. Huge masses of sediment deposited over many years during low flows suddenly shift, building up at a different point along the river channel. When this mass of accumulated sediment grows formidable enough to impede the flow of water, the river seeks an easier course downstream — that’s when an avulsion can occur, the researchers write.

More specifically, study authors describe that each of the avulsions they detected fit into one of three unique geographic circumstances. In the first category, 33 avulsions were observed in alluvial fans, where steep, confined river channels transitioned to largely unconfined flat land. The rest of the avulsions took place on deltas. About 50 of these avulsions occurred within a delta’s backwater zone — the part of the river system closest to the sea, where flows tend to be slower due to the influence of waves. However, perhaps the most disruptive avulsions happened far upstream from the backwater zone, driven by enduring waves of erosion brought on by prolonged floods that transported sediments far from their expected destinations. The remaining 30 avulsions fell under this regime.

“This dataset provides the first unambiguous test of the theory, which demonstrates that there are three distinct regimes of avulsions on fans and deltas,” Ganti said. “This is a long way from where we started. A decade ago, avulsions were thought to be these chaotic and stochastic events that were not very predictable.”

Sensitive to Climate and Land Use

With a better understanding of where river avulsions occur, the researchers describe that the next priority is to predict when. As avulsions are largely driven by sediment movement, which is in turn affected by flooding and intense storms, evidence suggests that the chance of an avulsion is sensitive to climate change as well as the type of human activity along the river’s banks.

“That is problematic, because ‘a little bit upstream’ on the Mississippi River is tens to hundreds of kilometers,” Ganti said. “It’s not something trivial.”

Certain land uses, such as agriculture, are also known to contribute excess sediments to nearby rivers. Centralizing these activities near deltas and alluvial fans could create conditions that facilitate sediment movement and accumulation during flood events, researchers describe.

“If you change land use — and therefore, the amount of sediment supplied to certain rivers — you can take a river that is currently experiencing backwater-scaled avulsions and shift it into the high sediment supply-modulated avulsions category,” Ganti said.

Globally, river deltas occupy just 0.5% of land but are home to approximately 4.5% of Earth’s population. Learning more about the risks associated with river avulsions and ways to predict and mitigate them can help protect residents and infrastructure in these crucial ecosystems, which often contain some of the planet’s most fertile land.

Read the team’s study, “Where rivers jump course,” in the journal Science.

CNT to Host Urban Flooding Forum at the Stormwater Congress