On Dec. 11, 2018, the U.S. Environmental Protection Agency (EPA) and the U.S. Department of the Army released draft language for an upcoming update to the “Waters of the United States” rule under the Clean Water Act. The rule distinguishes federally protected waterways from those under state or tribal regulatory jurisdiction. Photo courtesy EPA/U.S. Army Corps of Engineers.

On Dec. 11, 2018, the U.S. Environmental Protection Agency (EPA) and the U.S. Department of the Army proposed a new definition for “Waters of the United States” (WOTUS) as described in the Clean Water Act. The redefinition follows a February 2017 Executive Order that tasked the agencies with reviewing — and possibly repealing — amendments made to the rule in 2015.

The WOTUS definition has been the subject of hundreds of court cases, including several in the Supreme Court, since the rule’s implementation in 1973. Its interpretation distinguishes which waterways fall within state or tribal regulatory jurisdiction from those which fall under federal responsibility.

At the heart of the WOTUS controversy is ambiguity around which waterways are considered “navigable,” a major determinant for federal protections. When EPA introduced the Clean Water Act in 1973, the agency defined “navigable waters” as large rivers, lakes, streams, and seas, as well as any waters to which they directly connect.

The 1973 language included no guidance on whether tributaries that only temporarily connect to navigable waters — such as during heavy rainstorms — would be subject to federal protections. Waters such as these account for more than half of U.S. streams, in addition to wetlands, impoundments, and other water features.

A 1986 update aimed to increase the rule’s clarity by specifying that WOTUS included “all waters which are subject to the ebb and flow of the tide,” all interstate waters including wetlands and impoundments, and intrastate waterways that would affect commerce significantly, if disturbed.

That definition, as well as the U.S. Congress’ constitutional authority to regulate intrastate waterways, invited several more high-profile lawsuits before the rule was amended again in 2015.

In 2015, tributaries were defined as waterways that “contribute flow, either directly or through another water” to a “traditional navigable water,” while also specifying that connecting waters must be located within 100 ft of a WOTUS’ highest annual water level to receive federal protections. Critics argued that the 2015 WOTUS definition afforded too much regulatory control to the federal government at the expense of states’ rights, culminating in a Sept. 2018 U.S. District Court injunction that suspended the WOTUS rule in 28 states.

The redefinitions now proposed by EPA and the Army aim to strike a balance between necessary environmental protections and state sovereignty, according to EPA Acting Administrator Andrew Wheeler.

“For the first time, we are clearly defining the difference between federally protected waterways and state protected waterways,” Wheeler said in a statement. “Our simpler and clearer definition would help landowners understand whether a project on their property will require a federal permit or not, without spending thousands of dollars on engineering and legal professionals.”

WOTUS, according to the proposed language, include

If the agencies implement the new rule, regulatory responsibility for all other waterways would shift to states and tribes. Specifically, this rule language would exclude groundwater, converted cropland, artificially irrigated areas, and artificial lakes, ponds, and other stormwater control features constructed above the alluvial plain from federal protections. 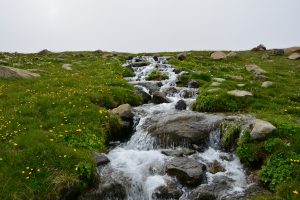 The proposed redefinition of Waters of the United States would significantly reduce the number of U.S. waterways subject to federal protections. While supporters say the rule’s simplified language makes regulatory compliance easier, critics argue the change could leave many waterways without crucial environmental safeguards and invite abuse by polluters. Photo courtesy kareni/Pixabay.

“This sickening gift to polluters will result in more dangerous toxic pollution dumped into waterways across a vast stretch of America,” said Brett Hartl, government affairs director for the Center for Biological Diversity (Tucson, Ariz.), in a statement. “The Trump administration’s radical proposal would destroy millions of acres of wetlands, pushing imperiled species like steelhead trout closer to extinction.”

Meanwhile, many industry and agricultural groups who have struggled with the rule’s lack of clarity express hope that the upcoming redefinition will simplify compliance.

“Farmers want to do the right thing for the land, water, and other natural resources under their care,” said California Farm Bureau Federation President Jamie Johansson. “Doing the right thing and complying with the law should be clear and easy to understand. We hope the new Clean Water Rule will provide the clarity farmers and ranchers need to allow the continued protection of food and farm products while conserving natural resources.”

The agencies will take comments on the proposal for 60 days after publication in the Federal Register. EPA also will host an informational webcast on the rule on Jan. 10, 2019, and a listening session in Kansas City, Mo., on Jan. 23.

Read a draft of the proposed “Waters of the United States” redefinition at the EPA website.

Once the public comment period opens, the public is encouraged to submit written comments, identified by Docket ID No. EPA-HQ-OW-2018-0149, to the Federal eRulemaking Portal: https://www.regulations.gov.