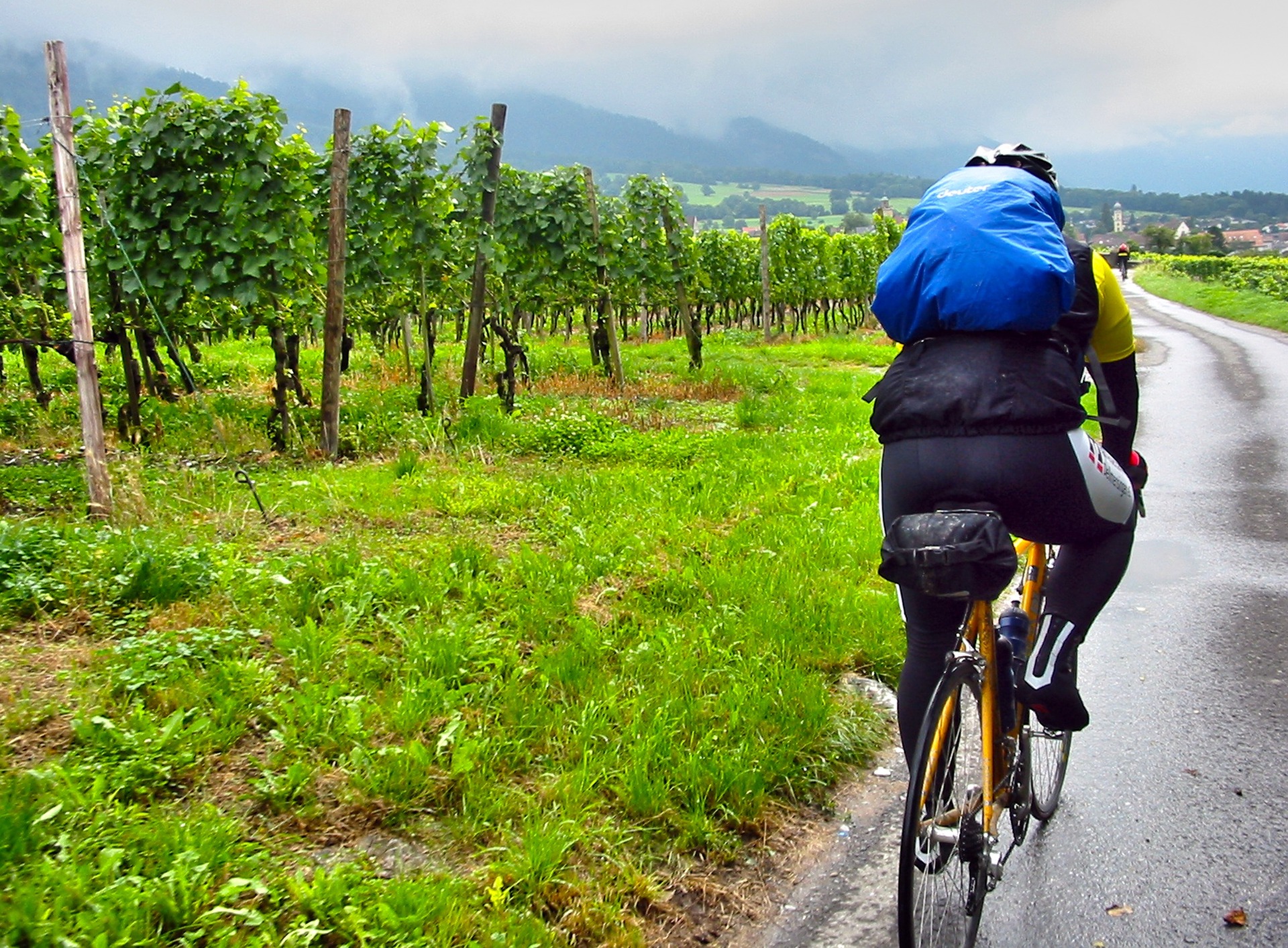 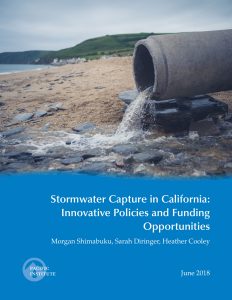 Click here to read Stormwater Capture in California: Innovative Policies and Funding Opportunities, which reviews California’s actions to promote stormwater capture as well as what can be done next. Pacific Institute.

A proactive state-level government already has cemented California as a leader in stormwater capture. The California State Water Resources Control Board has set a state-wide goal to use 1.2 billion m3 (1 million ac-ft) more storwmater each year by 2030 than the amount used in 2007. Additionally, the state has outlined clear regulatory guidelines and instituted new funding mechanisms that support stormwater projects.

Still, inadequate funding for stormwater projects as well as unclear or nonexistent guidelines for safe stormwater reuse have hampered the practice’s spread, according to the report. In recent years, Californian cities have instituted creative solutions to work locally against these barriers.

Forward-looking updates to city codes already are achieving results, the report says. In Gonzalez, a hub for winemakers located in Monterey County, new developments must include curb cuts and other low-impact development features. In San Francisco, ordinances recently were passed that require developers to incorporate direct reuse of stormwater and other non-potable sources for such applications as toilets and air conditioning units. Stormwater has been identified as a key contributor to help meet Santa Monica’s city-wide goal to provide only locally-supplied water by 2022.

Creative approaches to infrastructure funding also have emerged. In Fresno County, funding for a steadily growing system of stormwater retention basins is protected through a combination of one-time construction fees for developers and voter-approved property taxes for residents who benefit from the basins. In San Mateo County, stormwater officials collaborated with the transportation sector to add $4 to vehicle registration fees for stormwater-friendly roadway improvements such as permeable pavement.

“Stormwater capture presents a significant opportunity to enhance California water resilience under climate change,” said report co-author Morgan Shimabuku. “Although communities face obstacles to implementation, the examples in the report highlight many ways communities across the state can tackle these obstacles and effectively use stormwater to enhance local water supplies.” 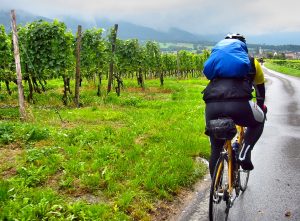 California must turn to unconventional sources to balance its consistently high demand for water with supplies that are threatened by drought. State and municipal governments are responding by expanding the practice of stormwater capture and reuse. Pixabay/moerschy.

In addition to summarizing existing policies and projects that advance stormwater capture in California, the report also offers recommendations to help expand the practice.

State water agencies can fill gaps in guidelines for safe and healthy stormwater capture and use. Providing model ordinances for water districts of varying populations and resource levels “could empower otherwise hesitant communities to pursue policies that support capture,” the report says.

Currently, communities only have a limited amount of data to make informed decisions about how much investments in stormwater capture can improve the local environment, public health, and economy, the report says. The report calls on the state to quantify the true economic costs and benefits of stormwater capture for water supply.

House Committee on Transportation and Infrastructure Sets Sights on Stormwater 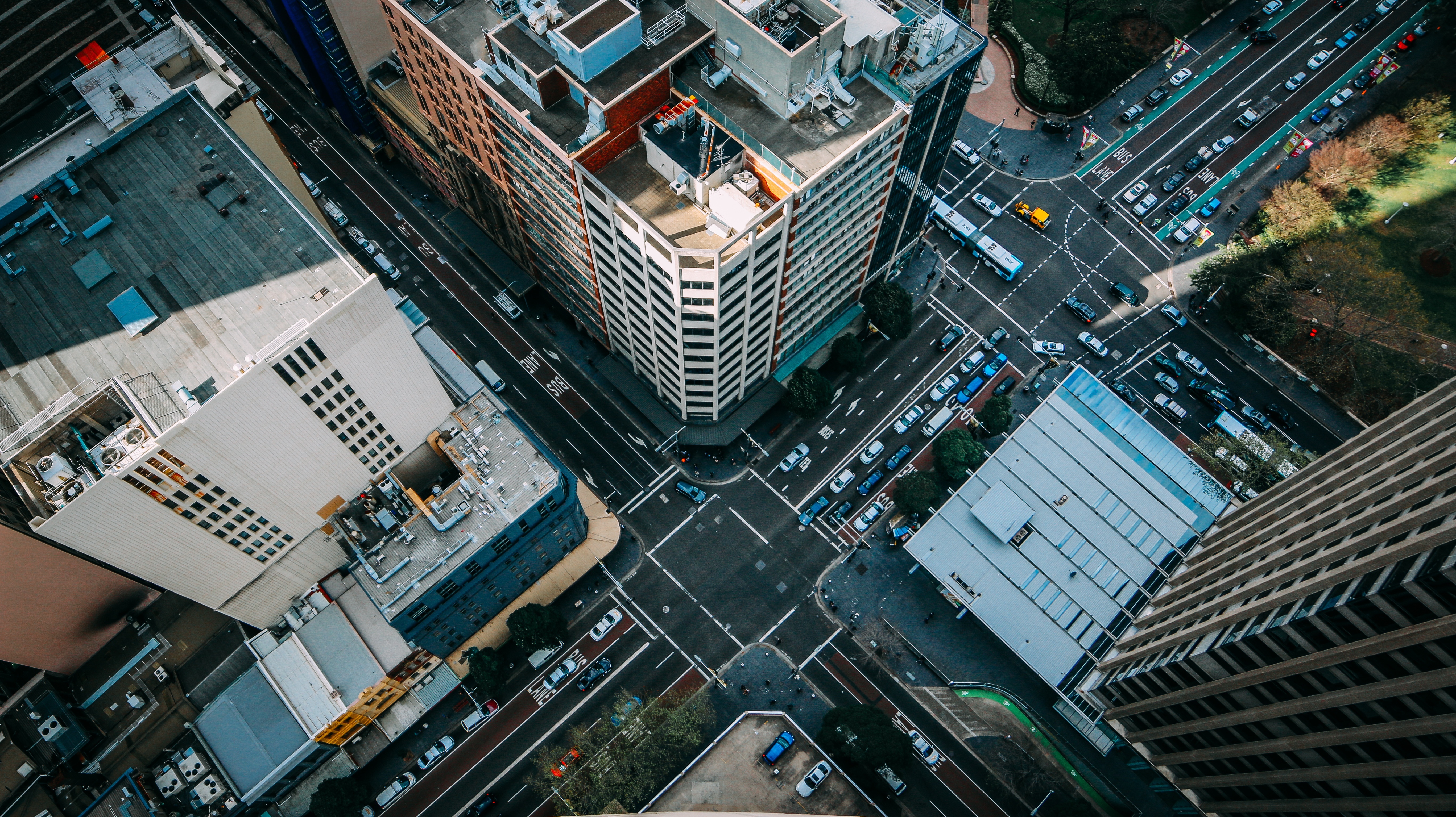