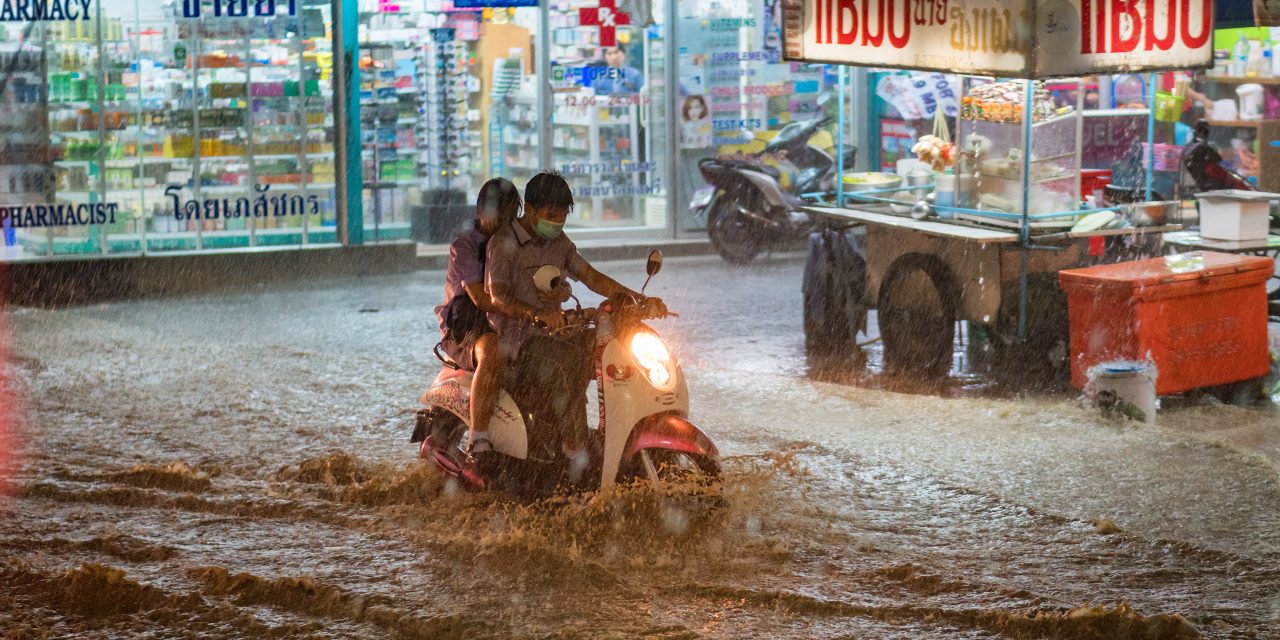 Many measure the effect of major storms in terms of property damaged and lives lost. But what about the broader economic costs, such as lost productivity from impaired roads and inaccessible workplaces, supply chain disruptions, or prolonged power outages?

According to the results of a study recently featured on the cover of the journal Nature, economic growth rates drop significantly as extreme, episodic storms — as well as storms in general — become more common in a particular region. The study marries 40 years of economic and climatic data across 77 countries. It further probes the complex relationship between the environment and the economy in the age of climate change.

“This is about prosperity, and ultimately about people’s jobs,” said Leonie Wenz in a release. Wenz is co-author of the study and a scientist at Potsdam (Germany) Institute for Climate Impact Research. “Economies across the world are slowed by more wet days and extreme daily rainfall — an important insight that adds to our growing understanding of the true costs of climate change.”

To identify the correlation between increased precipitation and decreased economic growth, the researchers first examined historical rainfall data from 1979 to 2019 for 1,554 distinct, sub-national regions as provided by the European Centre for Medium-Range Weather Forecasts (Reading, United Kingdom). They compared this high-resolution data on detailed information about precipitation patterns in specific regions and across various timeframes with measures of each region’s gross regional product (GRP) reported by local or federal governments.

Specifically, they studied how a region’s GRP reacted in response to increases in the total number of days per year in which at least 1 mm (0.04 in.) of rainfall fell as well as extreme storms — those delivering enough rain over the course of a day to score within the region’s 99.9th percentile for precipitation volume. Considering these factors in tandem, the researchers determined that just a few additional inches of rain above long-term averages per year strongly correlate with lags in economic development on the magnitude of 0.5% or more. This is significant, researchers write, as the economies of most countries typically only change a few percentage points each year.

Other studies have documented the link between the effects of climate change and financial liability. However, these previous efforts focused on broader timeframes or considered countries as a whole rather than specific regions. Wenz described that fewer studies have contextualized the local costs of increasingly high rainfall volume and intensity on the global scale.

“Macro-economic assessments of climate impacts have so far focused mostly on temperature and considered — if at all — changes in rainfall only across longer time scales such as years or months.  Thus, missing the complete picture,” Wenz said.

The study cautions that in most cases, increased rainfall is only one factor behind broader trends of economic decline. Their analysis describes several steps to account for and adapt to local factors with likely effects on GRP, such as notable legislation or the region’s positioning within the globalized economy.

The most significant disruptions from heightened precipitation, according to the study, occurred in local economies characterized mainly by industry and services rather than agriculture. Predominantly agricultural economies demonstrated far less sensitivity to increases in total annual rainfall. This is despite previous findings by other studies that climate change-induced rainfall intensifications make major differences for crop productivity around the world.

The finding not only suggests that industrialized, high-income regions may be more susceptible to financial harm from climate change, but also that the number of extreme storms a region experiences makes more of a difference than the total number of rainy days it experiences. Urbanized areas may tend to have sufficiently robust stormwater infrastructure to handle common storms, but stand to lose more if that infrastructure is overwhelmed by extreme ones.

“While more annual rainfall is generally good for economies, especially agriculturally dependent ones, the question is also how the rain is distributed across the days of the year,” Wenz said. “Intensified daily rainfall turns out to be bad, especially for wealthy, industrialized countries like the U.S., Japan, or Germany.”

Read the team’s study, “The Effect of Rainfall Changes on Economic Production,” in Nature.

Leading the Shift from Gray to Green