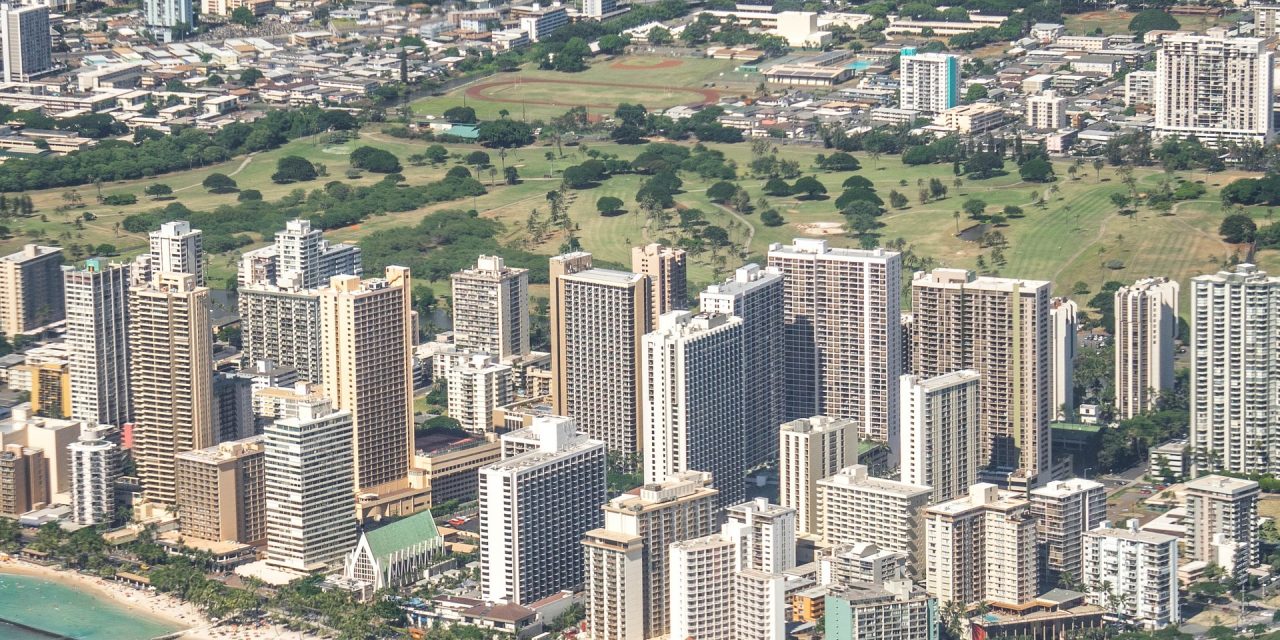 On the Hawaiian island of Oahu, efforts have been underway since 2015 to establish a stormwater utility that would charge each of the island’s property owners a monthly fee based on the amount of impervious area their land contains. The decision would provide Honolulu and its neighboring municipalities with a new, dedicated funding source for projects that aim to discourage flooding, protect local water quality, and enhance climate change resilience.

Randall Wakumoto, civil engineer for the City and County of Honolulu Department of Facility Maintenance (DFM), explained during a July 15 Water Environment Federation (WEF; Alexandria, Virginia) Stormwater Institute webcast that although the new utility would address “one of the biggest threats to the island’s sustainability and resilience,” the proposition of a new fee has faced considerable opposition. For example, in February 2021, members of the Hawaii House of Representatives introduced a bill that would exempt all state-owned properties from any fees imposed by the new utility.

Proponents of the exemption described in written testimonials that state-owned properties, particularly airports and harbors owned by the Hawaii Department of Transportation (HDOT), are already subject to an array of regulatory requirements for stormwater management and that an additional fee based on impervious space would be unnecessarily burdensome. Detractors, however, argued that exempting state-owned properties would place additional financial stress on Oahu’s residents, whose taxes currently make up roughly 75% of the City and County of Honolulu’s stormwater management budget. Financial documents from an advisory group driving the utility’s establishment state that residential properties own 85% of the island’s parcels, but only about 44% of its impervious area.

“The bill eventually died and was not passed during this year’s legislative session,” Wakumoto said. “However, it did shed some light on the subject of how a stormwater utility would affect various state properties, and what alternatives could be considered to allow for a working relationship to exist between the county and the state government.”

Ensuing negotiations after the bill’s introduction prompted an amendment that would limit state-property exemptions only to those owned by HDOT, which would include the 1,830-hectare (4,520-acre) Daniel K. Inouye International Airport, Honolulu Harbor, and other transit hubs. All told, financial documents from an advisory group driving the utility’s establishment state that their proposed fee would cost HDOT approximately $6 million each year, with the potential to shrink the charge by about 65% based on credits for implementing on-site stormwater management measures.

In a statement, HDOT Director Jade Butay called it “unjustifiable” for a county stormwater utility to charge the agency additional fees when its properties are already subject to strict regulatory requirements for runoff management set by the Hawaii Department of Health and the U.S. Environmental Protection Agency (EPA). She emphasized that HDOT has spent “millions to upgrade its environmental compliance” in recent years.

“It’s important to understand that there’s probably not an airport in the country that does not have, at any given time, three different NPDES permits [to comply with],” Longworth said. These include industrial stormwater permits for areas used for vehicle and equipment maintenance, refueling, de-icing, and more, as well as permits for construction activity, and other facilities classified by EPA as Non-Traditional Municipal Separate Storm Sewer Systems. “That’s all regulated with the best available technologies and very strict controls to manage pollutants in those areas. The bottom line is that essentially all stormwater from most airports is going to meet Clean Water Act mandates.”

During the bill’s public comment period, representatives of cities and counties on Oahu, environmental nonprofit leaders, residents, and other stakeholders voiced concerns that the idea of a fee exemption for state-owned properties would run counter to the goals of a regional approach to stormwater management.

Roger Babcock, City and County of Honolulu DFM director, noted that current stormwater management efforts on Oahu are largely coordinated by Honolulu’s taxpayer-funded municipal government. Because one of the key reasons to establish a stormwater utility is to mitigate the residential sector’s share of the cost burdens of stormwater management activities, Babcock wrote, exempting state-owned properties would be counterproductive.

Other letters suggested that exemptions of any kind, particularly for large landowners such as the state, would undermine Oahu’s broader efforts to prepare for climate change, improve water quality, and protect groundwater.

“There needs to be collective, aligned effort where everyone is in the canoe and all paddles are in,” wrote Roth Ecological Design (Honolulu) President Lauren C. Roth Venu. “The climate issues Hawaii will be facing require everyone to take part in the solution and we need to start now.”

According to the new utility’s advisory group, the first stormwater fees are expected to be issued in 2023, with state-owned properties included. However, other bills seeking fee exemptions may arise in coming legislative sessions before the utility’s official establishment.

Learn more about the Oahu stormwater utility effort at its website, and listen to a recording of the WEF webcast, “Stormwater Utilities: Impacts From Legislative Exemptions,” for additional perspectives.