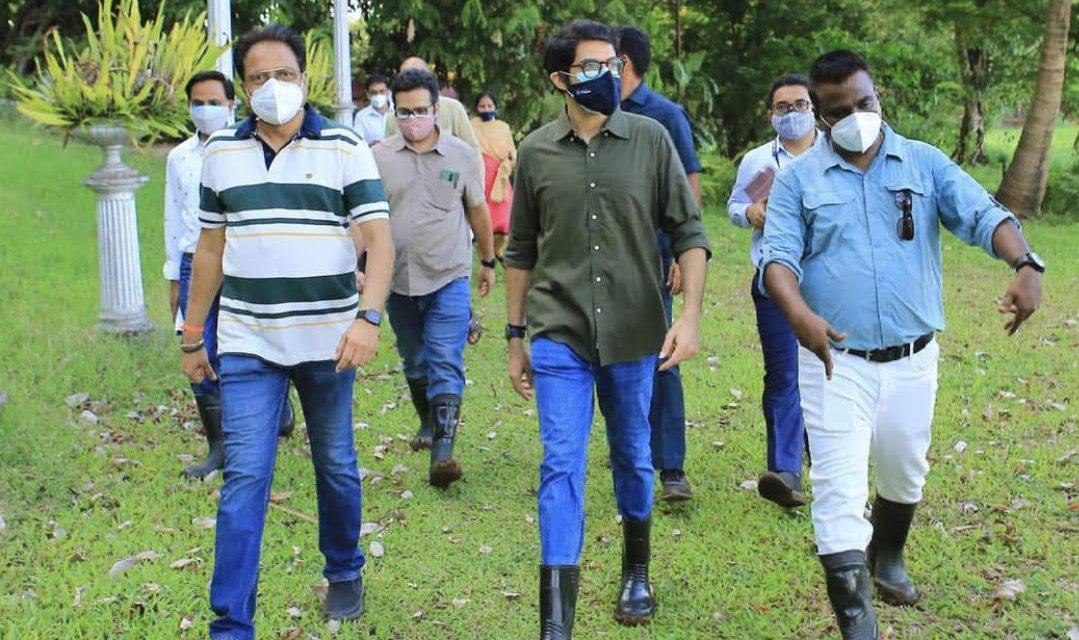 By 2030, as much as 40% of the urban surface area in dozens of major world cities will feature trees, parks, permeable pavers, and other green infrastructure elements. The ambitious target is one goal of the C40 Cities Urban Nature Declaration, recently signed by 31 mayors across six continents.

The declaration, which tasks signers with kickstarting their efforts toward climate change resilience and environmental equity, also calls on mayors to ensure that at least 70% of their city’s population can access parks, urban forests, or other green spaces within a 15-minute walk or bike ride. Each signing mayor committed to either one or both targets, pledging to provide annual, publicly available updates on their progress.

“Throughout the COVID-19 pandemic, we were reminded that accessible, green spaces are essential for livable, climate-ready, and crisis-prepared cities,” said C40 Cities Climate Leadership Group (New York) Executive Director Mark Watts, in a release this month. “As we seek to deliver a green and just recovery, investing in and implementing nature-based climate solutions will be imperative to public health and well-being, as well as the success of global efforts to tackle the climate crisis.”

A Declaration of Adaptation

Per agreement guidelines, each mayor will publicize their participation in the Urban Nature Declaration within the next 2 years. Also within that timeframe, they will undertake several specific actions that lay the technical, social, and administrative foundations for a green infrastructure-enabling environment.

These include, for example, developing processes for involving the city’s most vulnerable and marginalized communities in designing, implementing, and maintaining nature-based interventions; mapping areas that currently face or are expected to face the worst effects of climate change; and addressing potential administrative and jurisdictional barriers that might present obstacles for green development.

Within 5 years, the guidelines stipulate, signatories will have implemented or improved enough green spaces to account for at least 50% of their 2030 targets for coverage and/or accessibility. They will have assembled inventories of natural vegetation in their area as well as determined the financial value associated with each species, and developed new frameworks, practices, and programs to involve homeowners and private businesses in green infrastructure initiatives.

Many mayors who signed the declaration discussed specific plans to help meet its goals.

In Guadalajara, for example, Mayor Eduardo Fabian Martínez Lomelí described an effort to identify 70 “green corridors” within city limits, as well as plans to bolster them with approximately 67,000 new trees. The city also will work to introduce 50 new public gardens focused on managing stormwater, combating urban heat-island effects, and providing new amenities for residents. Additionally, the municipal government will fund professional training courses for gardeners and tree technicians as well as landscape-management workshops for residents.

“In Guadalajara, we have placed nature among our main interests in our public policies, understanding the impacts of climate change in our lives and mainly, the global responsibility that we share on taking care of the environment,” Martínez Lomelí said in a release.

Similarly, Mayor John Tory of Toronto outlined a new greening effort based on findings from a 2015 study based in the city that suggested dramatic improvements in quality of life after adding only 10 new trees to a Toronto city block. An upcoming package of grants and incentives for urban forests aims to plant over 13,000 new trees and shrubs while undertaking an extensive public outreach campaign on the value of green spaces.

“Urban nature has never been more important,” Tory said in a release, describing the proven mental and physical health benefits green spaces provide. “Now is the time to renew our commitment to the design and protection of our green spaces and to do so in a way that supports green jobs and involves vulnerable and marginalized communities.”

USGS and NRCS Partner to Quantify Effects of Conservation Practices