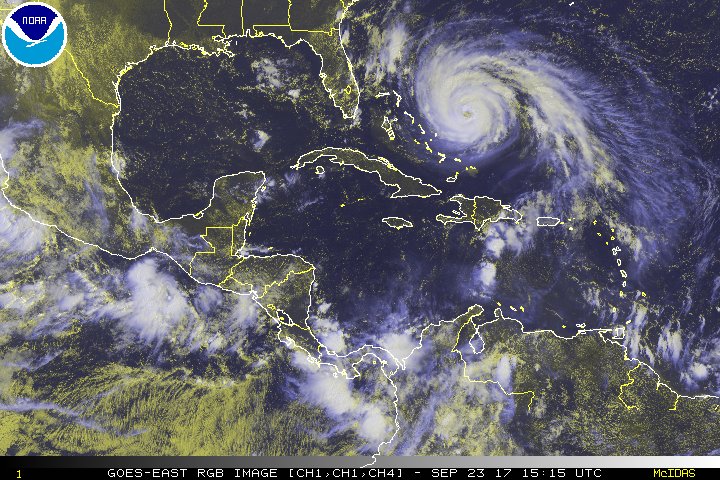 When Hurricane Maria made landfall on Puerto Rico in September 2017, it quickly entered historical records as one of the most catastrophic natural disasters ever to affect the region, causing thousands of deaths and more than $90 billion in destroyed property. Researchers believe the compounding effects of climate change will prompt a gradual uptick in the number of extreme storms that will affect the northern Caribbean, making proactive flood management a top priority for Puerto Rico and surrounding islands.

University of Texas at Austin (UTA) ecologist and Puerto Rico native Carlos Ramos-Scharrón has been studying the topographical and climatic conditions underscoring the island’s unique susceptibility to flooding since well before Hurricane Maria. According to his team’s most recent study, published May 2021 in the journal Hydrology, peak-streamflow estimates from hurricanes, such as Maria, suggest Puerto Rico is among the world’s most vulnerable regions to the effects of climate change.

“We need to stop talking about climate change in future tense. It’s already here,” Ramos-Scharrón said in a release about the new study. “Puerto Rico needs to adapt its planning tools to the reality of what the island has experienced and scientists are documenting.”

Much of Ramos-Scharrón’s research before Hurricane Maria dealt with surface erosion and sediment production in the Caribbean, illuminating the potential for sediment contributions from unpaved roadways to trigger or worsen destructive landslides during major storm events. Along with colleagues, Ramos-Scharrón undertook several modeling projects focused on Puerto Rico, the U.S. Virgin Islands, and other sites, finding that sediments originating from roads in the region can threaten marine ecosystems and accumulate easily in runoff.

Since 2017, his work has provided crucial context about the specific factors that made Hurricane Maria so destructive. One study compared Maria to about 60 similarly classified storms that have hit Puerto Rico since 1898, finding that the 2017 hurricane produced the highest island-wide daily rainfall amounts ever recorded. Another found that runoff produced during Hurricane Maria triggered more than 70,000 landslides, proposing a new framework to help predict where and when landslides will occur during major storm events. A subsequent inquiry identified these landslides as the main source of sediment that filled the island’s reservoirs, impairing drinking water supplies long after the storm dissipated.

“Climate change projections for the Caribbean suggest longer dry periods interrupted by more intense storms,” Ramos-Scharrón said. “These storms release large quantities of sediment by landslides, and many of those end up reducing the island’s capacity to store water. The combined effect of these climate change projections is for a higher propensity for water scarcity.”

Ramos-Scharrón’s newest study focuses on how Hurricane Maria and other extreme storms provoke riverine flooding in Puerto Rico. It uses historical data from the U.S. Geological Survey as well as previous research to compile a record of nearly 2,000 daily peak-streamflow measurements taken during hurricanes and tropical cyclones since 1898. Contextualizing these datapoints in terms of other world regions, the study finds that Puerto Rico’s low-lying geography, hydrological landscape, and size make it one of Earth’s most susceptible regions to riverine flooding during severe rainfall events.

A common theme among Ramos-Scharrón’s Puerto Rico studies is that the island’s existing capabilities to manage major storms require significant attention. One of the first priorities, he describes, should be ensuring Puerto Rico’s infrastructure managers and disaster-preparedness agencies are working with the most up-to-date projections possible about how climate change could transform the island’s precipitation patterns.

In Hydrology, Ramos-Scharrón and co-authors detail how infrastructure-planning decisions in Puerto Rico are informed by definitions of what constitutes a “100-year” or “500-year” flood event based on historical data. After Hurricane Maria, according to the study, the most recent definitions available to the U.S. Federal Emergency Management Agency (FEMA) and the government of Puerto Rico were formulated in 1999 using data from storms only as recent as 1994.

“Events with these 100- and 500-year metrics just cannot be that common,” Ramos-Scharrón said. “If this is not what climate change is supposed to be, then I do not know what it is.” 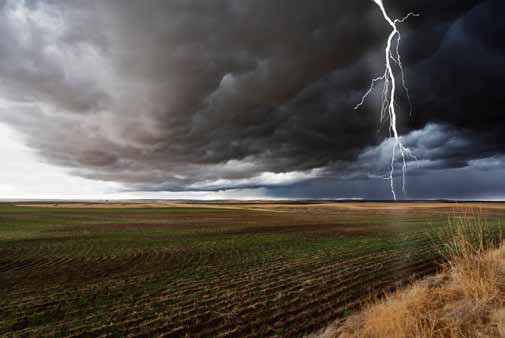 A retrospective on stormwater in 2016