What Tucson Can Teach Us About Green Infrastructure 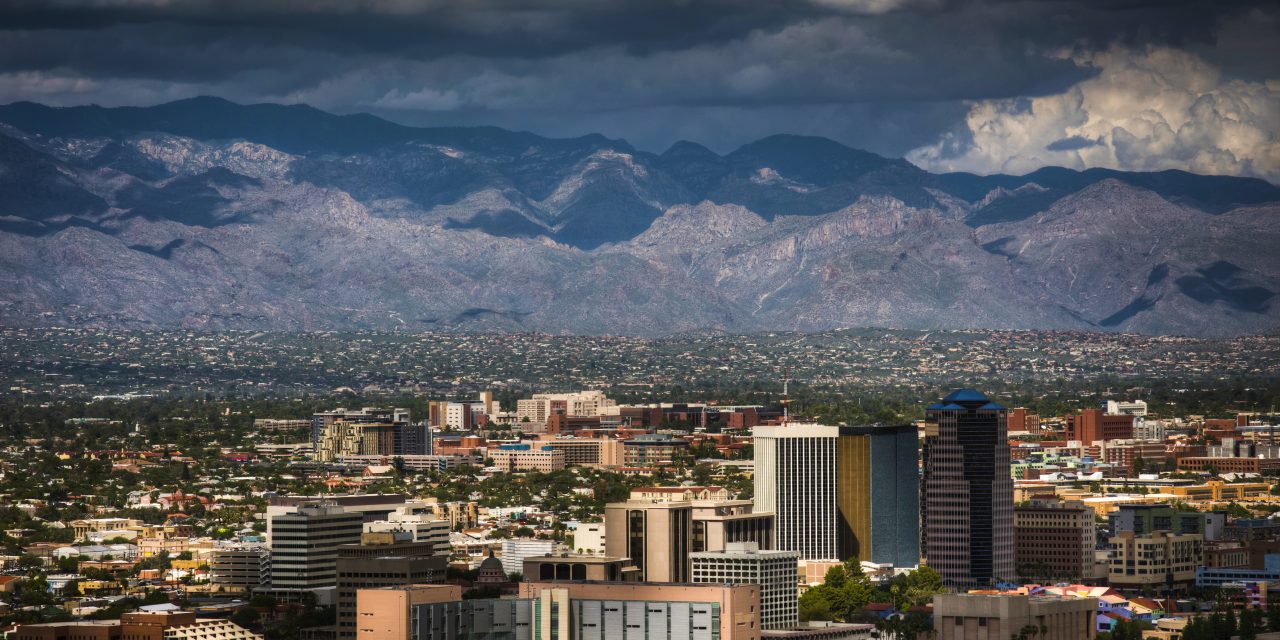 Existing research on green infrastructure often tends to look forward, describing new strategies to make nature-based stormwater solutions a more attractive option for cities as well as facilitate their adoption. New research published in the Journal of Environmental Policy & Planning, however, contends that stormwater professionals can learn something about the gradual process by which cities embrace green infrastructure — as well as how to accelerate it — by looking backward.

Study authors, led by acting director of the University of Arizona (Tucson) Udall Center for Public Policy Andrea Gerlak, performed an in-depth analysis identifying the key people, programs, and policies that have shaped the green infrastructure landscape of Tucson, Arizona, over the last 20 years. In that time, the use of green infrastructure has grown from a fringe movement into a hallmark of the Tucson community’s embrace of stormwater as a resource. Last year, for example, the municipality successfully instituted a new utility fee program that will support the construction and maintenance of hundreds of green infrastructure measures throughout the city.

Unlike most U.S. cities, the study describes, Tucson’s cultural shift toward green infrastructure was driven largely by individual neighborhoods, activists, and non-governmental organizations (NGOs) rather than governments. By studying the strengths and weaknesses of this decentralized, “bottom-up” approach to green infrastructure adoption, Gerlak says, others can better identify the unique opportunities that exist in their communities to promote green infrastructure.

Gerlak and her team pored over all policy documents, meeting minutes, and news articles associated with green infrastructure in Tucson over the last 20 years, piecing together a timeline of 14 specific events that most significantly affected the city’s green infrastructure trajectory. They then conducted interviews with those involved in the timeline events — city officials, utility employees, neighborhood association representatives, and others — for additional context on how and why each event occurred.

In 2003, Tucson-based rainwater harvesting expert Brad Lancaster carved several illegal curb cuts into his neighborhood sidewalks that redirected runoff from roadways into planters. The controversial move prompted the municipal government, who had outlawed curb cuts based on the water rights of downstream users in the water-scarce Southwest, to reassess its stance on rainwater harvesting. Shortly after Lancaster’s protest, the city adopted new ordinances to assess the effects of rainwater harvesting, culminating in the legalization of curb cuts in 2007. The research team’s interviews emphasized Lancaster’s importance to Tucson’s burgeoning green infrastructure movement, Gerlak described.

“He really pushed the city,” Gerlak said. “I think there were a handful of people in the city who wanted to pursue green infrastructure, but they really needed the pressure.”

By 2020, new ordinances by the city and Tucson Water had provided a wealth of incentives for homeowners and neighborhood associations to adopt green infrastructure. A 2012 residential rebate program had subsidized more than 2,500 rainwater-harvesting measures on private property, conserving more than 190 million L (50 million gal) of water that would have been used for irrigation. In 2016, Tucson Water partnered with the NGO Tucson Clean and Beautiful to offer each of the city’s six wards annual grants to support neighborhood-scale rainwater-harvesting projects. In 2019, Tucson Water and its NGO partners established a new Green Stormwater Infrastructure Fund, which creates a mechanism to support long-term maintenance of existing green infrastructure.

“People have good ideas,” Gerlak said. “Academic researchers, NGOs, people in the neighborhood — the idea that they could help inform their community’s approach to green infrastructure beyond the traditional ways citizens participate is huge.”

The decentralized approach also has its weaknesses, however.

While Tucson has taken steps in recent years to improve green infrastructure equity, the bottom-up model tends to neglect the city’s poorest residents, particularly those who lack organized local representation such as a neighborhood association. The study also describes that a major obstacle in Tucson’s current green infrastructure landscape is data comparability. While green infrastructure design and construction have flourished in recent years thanks to empowered neighborhood associations and engaged partners, lacking common performance standards, monitoring and long-term maintenance are growing challenges, Gerlak emphasized.

“It’s great that everybody’s trying different things, but how do you know what’s working and what’s not working?” Gerlak said. “Everyone has their own maintenance protocol, but we really should have a common maintenance protocol. If we’re going to treat green infrastructure a certain way, every city department and every NGO and every landscaper in the city should be trained in the best maintenance practices.”

The research suggests that a hybridized approach — in which residents, neighborhood associations, local NGOs, and other stakeholders are empowered to pursue green infrastructure, supplemented by investment and support from the municipal government — would be ideal for cities looking to promote green infrastructure.

Read the study, “Agency and governance in green infrastructure policy adoption and change,” in the Journal of Environmental Policy & Planning.