The U.S. Environmental Protection Agency (EPA) recently announced the winners of its 9th annual Campus RainWorks Challenge, which tasks teams of students at U.S. colleges and universities with demonstrating how green infrastructure (GI) can improve on-campus stormwater management while providing a host of valuable co-benefits.

“Innovative stormwater management design has the potential to create vibrant and dynamic school campuses to benefit students and the surrounding community. This engaging competition encourages problem-solving through design while introducing students to opportunities to join the next generation of clean water professionals,” said EPA Principal Deputy Assistant Administrator for Water Radhika Fox, in a release about this year’s winning projects. “Congratulations to this year’s winners and all of the teams that competed.”

In the Master Plan category, a team representing the University of Texas at Arlington (UTA) won first place for their proposal to redesign major transportation corridors on the 170-ha (420-ac) campus with stormwater management in mind. The team’s plan, developed in coordination with campus facilities staff as well as local stormwater experts, aims to improve the campus’ resilience against seasonal flash flooding by reducing impervious space, which covers approximately 73% of the UTA campus according to a video about the project.

The UTA plan calls for new rain gardens adjacent to major intersections, academic buildings, and parking lots, as well as nearly 1,800 m (6,000 ft) of new bioswales along busy roadways. Additionally, it proposes a new detention wetland with the capacity to hold approximately 4.5 million L (1.2 million gal) of stormwater, complete with an amphitheater and boardwalk that would provide new habitat for local wildlife as well as a new amenity for students. Underground cisterns placed strategically throughout the campus would collect rainwater for irrigation and other non-potable applications.

All told, the team’s design would result in an estimated 35% increase in stormwater infiltration, a 50% increase in permeable surfaces, and collect more than 570,000 L (150,000 gal) of water per year for reuse, project documents describe.

Watch a video about the UTA team’s project, titled “The Path Forward: Contain, Clean, and Connect”:

Winning this year’s Demonstration Project category was a team from the University of Pennsylvania (Philadelphia), who designed a multifunctional GI project for the nearby Andrew Hamilton Elementary School.

The team’s project aims to address both issues, proposing a series of rain gardens and green roofs rich with native, edible plants such as mulberries, persimmons, blueberries, and pears. Combined with new raised garden beds and a scheme to use runoff from the faculty parking lot to irrigate them, the team’s GI-rich “food forest” is projected to manage the first 4 cm (1.5 in) of rain during storm events. According to estimates from the project team, that level of stormwater management would lower the school’s monthly stormwater management costs by an average of 80%.

According to an EPA release about the team’s first-place win, the project has received funding and construction will begin at Andrew Hamilton Elementary School this spring.

Watch a video about the University of Pennsylvania team’s project, titled “Growing Together”:

The second-place win in the Master Plan category went to a team from the University of Pittsburgh, who proposed a suite of interventions to prevent the combined sewer overflows (CSOs) that commonly occur when heavy storms overwhelm the city’s collections systems. In addition to causing costly damages to campus facilities and the surrounding community, these CSOs are uniquely harmful to the University of Pittsburgh campus, which sits at the confluence of three rivers that receive large amounts of pollution during overflow events.

Focusing on three specific areas of campus which a site analysis by the team identified as the most impactful for water pollution during CSOs, the team proposed strategically placed bioswales, rain gardens, and green roofs, as well as pervious pavers and downspout disconnects. Each intervention improves connectivity for pedestrians, improves campus aesthetics, and replaces lawns, invasive plant species, or impervious areas, while creating new gathering places for students, a video produced by the project team describes.

Watch a video about the University of Pittsburgh team’s project, “PreciPITTation”:

A team from Florida International University (FIU; Miami), who won second place in this year’s Demonstration Project category, estimates that FIU facilities staff spend approximately $130,000 each year to provide sufficient freshwater for the evaporative cooling towers at the campus’ engineering center. The team’s interventions would harvest and repurpose rainwater for the cooling towers, slashing annual equipment-cooling costs by as much as $28,000, a video about the proposal describes.

The FIU campus already contains a series of solar power-generating canopies throughout its parking lots that mitigate urban heat-island effects. The winning proposal would augment these existing canopies with rainwater-harvesting elements that would feed into an underground, 238,500-L (63,000-gal) filtration tank. The tank, supplemented by pre- and post-filtration systems that would reduce maintenance needs and enable self-cleaning, would then direct captured runoff to the engineering center’s cooling towers.

Additionally, the design calls for a new green roof as well as new green facades at a large, central campus building. The retrofits, according to the team’s estimates, would provide passive temperature mitigation that could reduce total cooling costs by an additional $4,000 per year while improving stormwater management.

Watch a video about the FIU team’s project, “Smart Eco-Water Use: Towards a Climate-Resilient Campus”: 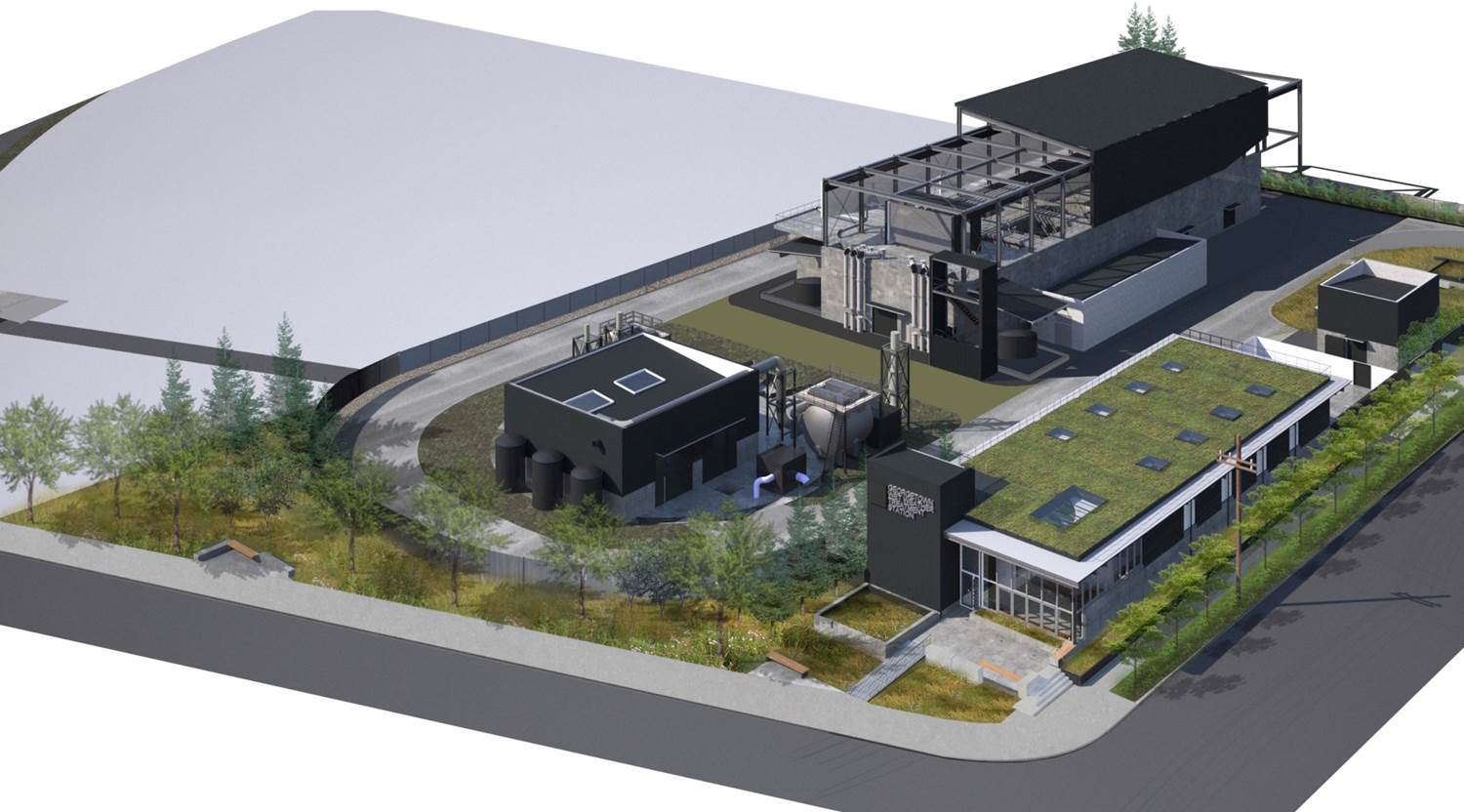 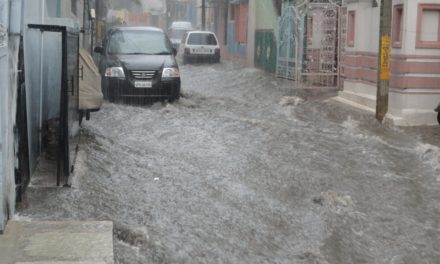