Flooding costs billions of dollars in damage annually in the U.S. alone, but finding reliable ways to determine when flooding occurs, predicting the intensity of that flooding, and communicating warnings to the public remains a challenge. Researchers at Northern Arizona University (NAU; Flagstaff) have launched an ambitious project aimed at making floods easier to track. The project, called FloodAware, seeks to crowdsource data from cameras, smartphones, and social media about floods as they happen.

FloodAware’s primary goal is to repurpose and combine different technologies to create an integrated flood-detection network. The project is already operating in Phoenix and Flagstaff, Ariz.

“We realized that cutting-edge hydrological modeling, image processing, and real-time sensing techniques could be brought together to help citizens, city administrators, and first responders better react to flooding and, ideally, be warned of imminent flooding before the water arrives,” said Eck Doerry, an NAU computer science professor, in a release. “The system will integrate numerous data streams to calculate real-time maps of current and upcoming flooding and can then send a notification to citizens in endangered areas.”

To gather real-time flood information, the research team needed ways to monitor water levels in as many spots as possible without breaking the bank. Flagstaff already uses some flow-monitoring equipment, but expanding the network using conventional technology can become prohibitively expensive, Ruddell said. 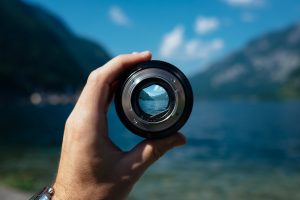 A research team based in Flagstaff, Ariz., is working to improve the way municipalities detect floods and convey flood information. Their concept involves the use of specialized, solar-powered cameras as well as working with the citizens and government of Flagstaff to broadly source images of floods. An app would then create a real-time flood map based on several data sources for use by citizens, first responders, and public officials. Free-Photos/Pixabay

The team’s solution was simple: build their own cameras.

“We have put up a network of solar-powered cameras remotely monitored, taking time-lapse pictures of streams, washes, and streets,” said NAU computer engineer Ben Ruddell. “We’ve got people looking for parts, soldering stuff together, solving problems,” he said. “We’re making them in the lab right now. This is custom stuff. Someday something like this might be commercially available, but for now, it’s such a specific technology we have to build it in the lab.”

So far, the team has installed 10 of these curb-level cameras in parts of Flagstaff and Phoenix historically prone to flooding. However, the researchers don’t want to be dependent on their own cameras — they want to make use of infrastructure that already exists, even if it wasn’t originally designed for flood detection. Ruddell described how the researchers are working with the municipal governments of Flagstaff and Phoenix to deploy their image-processing technology using traffic cameras, for example.

“The idea is that you put up new cameras as needed and use existing cameras when possible,” Ruddell said. Using the network of cameras, they could monitor flooding across the entire region.

The public plays a role

The project, which only received U.S. National Science Foundation funding last year, is still in its early stages. However, the researchers have big plans. They’re working with many other organizations — including the University of Arizona (Tucson), Arizona State (Tempe), the University of Buffalo (N.Y.), the U.S. National Weather Service and the U.S. Geological Survey — to develop an app that can be used by citizens to produce data and communicate with the public.

Whenever citizens observe flooding, they can simply take a photo, which the app will process along with other user photos to compile an evolving flood map.

“We want to use smart phones, text messages, and photos to contribute a wide variety of data about flooding in the city,” said Ruddell.

But ultimately, there’s one goal the researchers hold above all others: public safety.

— Will Fowler, The Stormwater Report

Check It Out! Tree Benefit Calculator and Beach Report Card