Early results from a demonstration DPF facility recently constructed on the island’s water-conscious Ørestad district have proven the technology’s ability to treat up to 110 L (30 gal) of urban, street-level runoff per second, say its creators. This volume is equal to 9.5 million L/d (2.5 mgd), or enough water to fill four Olympic swimming pools. The facility was established and is operated by Greater Copenhagen Utility (HOFOR) and the Copenhagen City and Port Development Corporation (CPH).

“We have invented a green technology inspired by the way substances are transported through layers of soil in Denmark,” said inventor Marina Bergen Jensen, a University of Copenhagen (UC) landscape architecture professor. “The double porosity filter we have developed cleans stormwater runoff entirely without power or chemicals.”

No odor, noise, chemicals, or energy

DPF filters contain two thin, horizontal layers stacked one above the other. As runoff from Ørestad streets flows from collection systems into the underground DPF demonstration facility solely via gravity, it brings along dust, rubber, asphalt, heavy metals, and other contaminants. The runoff travels freely along the top layer, made up of a highly porous nylon netting. 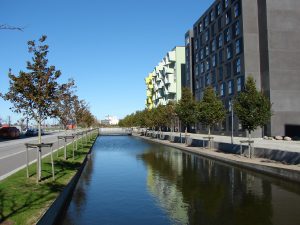 While moving along the top layer, gravity forces suspended solids in the runoff downward into the bottom layer, which features a limestone filtering mat. The limestone’s low hydraulic conductivity attracts the organic micropollutants in runoff that gravity is unable to capture on its own, such as dissolved phosphate, lead, and copper.

The filter itself consists of about 30 sets of these layers arranged in a small box with ingoing and outgoing tubes. By simply aligning more boxes next to each other to build a chain, stormwater managers can scale up the DPF system to cover larger areas. Its flexibility also brings the potential for an eventual household-scale device, according to a UC press release.

Testing at the demonstration facility showed that the DPF method consistently reduced runoff contaminant loads from more than 100 mg/L to less than 5 mg/L. In addition to requiring no chemicals or power, the DPF process is also odorless and nearly silent. And because the limestone mat accumulates contaminant particles only on the lower layer of the filter, clogging is not an issue and the mats require replacement or regeneration only about once per year.

“We have thrown ourselves at this method because it addresses a number of urban runoff challenges,” said HOFOR project leader Claus Mouritsen. “By cleaning the water locally, we can use it for local recreational purposes instead of pumping it through the city to a sewage treatment plant. This benefits the local area as well as the environment in general.”

Runoff as a resource in Ørestad

Ørestad is one of many “innovation districts” – projects to redevelop and rejuvenate decrepit or underused urban neighborhoods using state-of-the-art approaches to city planning – in development around the world. The district’s opportunity to try new tactics to enhance environmental sustainability along with its coastal location made Ørestad an excellent setting for DPF trials, says CPH CEO Anne Skovbro. According to the Danish Ministry of Environment, rainstorms in Denmark have intensified by around 20% both in terms of frequency and intensity over the last 25 years.

“Engineers and developers from around the world are being challenged to make climate renovations in cities in preparation for the type of increased rainfall that we have experienced in recent years. Since the beginning of our development in Ørestad, we have succeeded in locally managing rainwater that falls onto ‘clean’ surfaces like rooftops or bicycle paths. Now, the dirty runoff from Ørestad can be cleaned locally. It is a major gain for climate preparedness,” Skovbro said.

Another of Ørestad’s environmental features includes more than 10 km (6 mi) of canals that interweave the district, which are fed directly from rooftops. Bergen Jensen says with a better understanding of water quality risks, stormwater from streets that undergoes the DPF process may be able to provide additional flow for the canals.

Until then, operators at the DPF demonstration facility are releasing effluent into Amager Nature Park, a massive, protected wetland area that covers more than 1/3 of the island.

“As a society, we have become increasingly aware of the need to protect aquatic environments, but environmental authorities have lacked the means of controlling urban discharge,” Bergen Jensen said. “I hope this solution paves the way for climate resilient cities equipped with a high level of environmental protection, both across Denmark and abroad.”

Watch a short, animated video from the University of Copenhagen for more information about the DPF process: 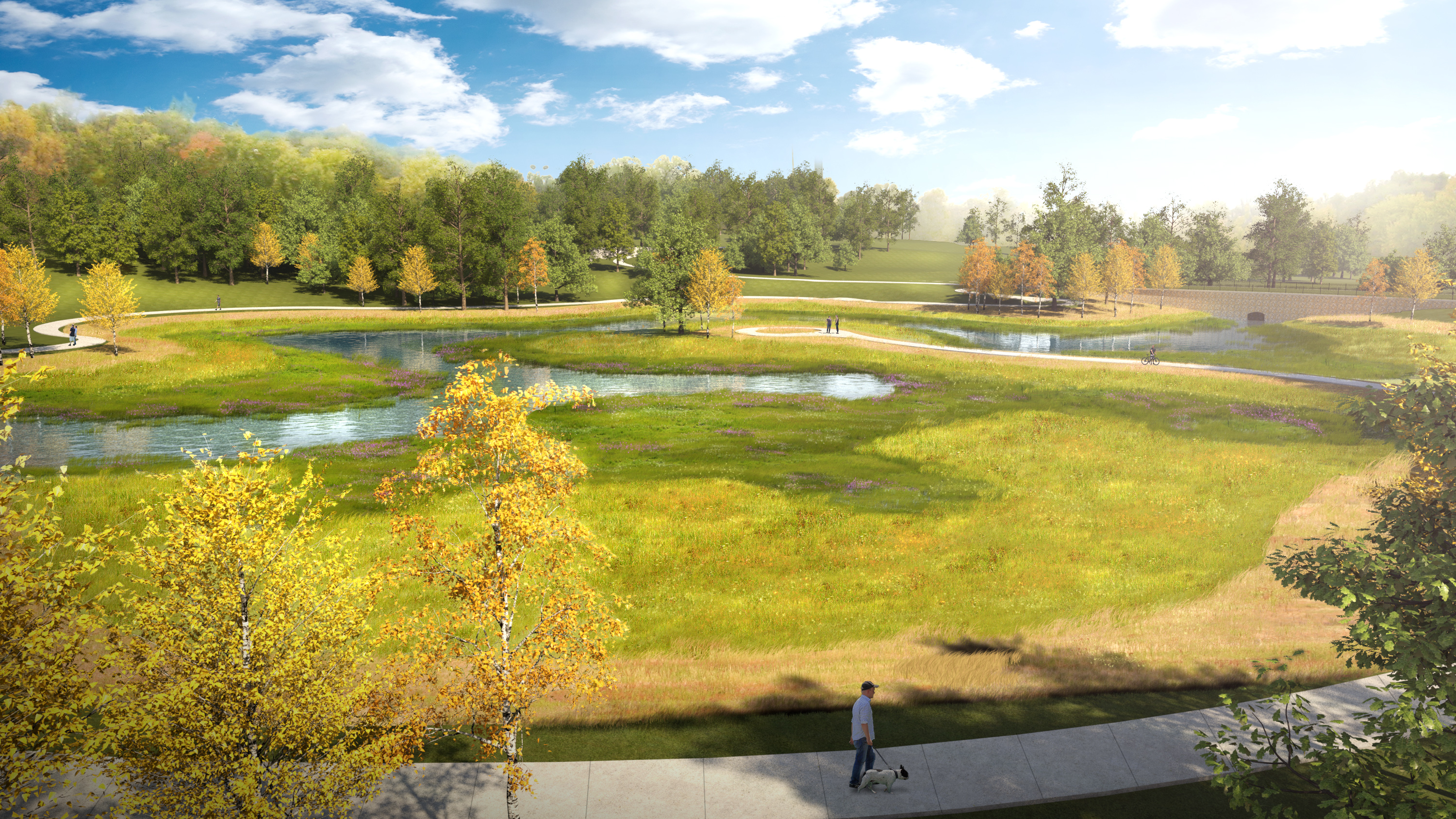