Most U.S. coastlines will sink faster than the global average, NOAA report cautions 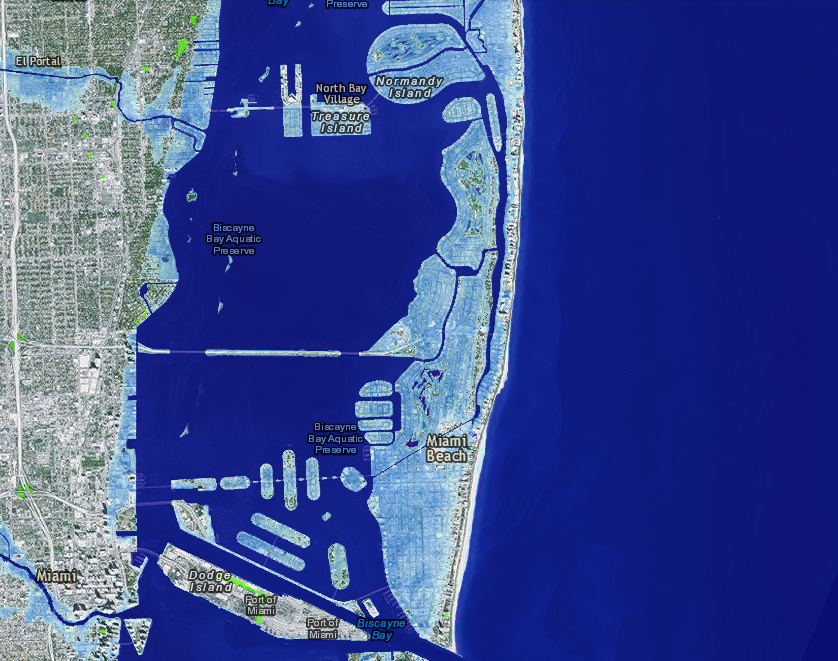 While sea levels across the world have long been expected to rise steadily as temperatures increase and ice caps melt, an alarming report from the National Oceanic and Atmospheric Administration (NOAA) warns that almost all U.S. coastlines risk more dramatic changes in sea level than the global average. 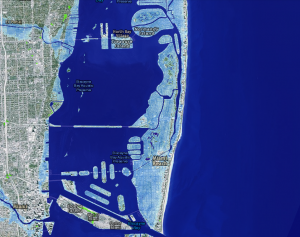 According to the online Sea Level Rise Viewer tool from the National Oceanic and Atmospheric Administration (NOAA), a 1.5-m (4.9-ft.) change in sea level by the year 2100 would sink most of Florida’s Miami Beach (estimated area below sea level in light blue). Under estimates from a new NOAA study, a rise of this magnitude would be considered “intermediate-high” compared to the worst-case scenario. (NOAA)

“The ocean is not rising like water would in a bathtub,” explained William Sweet, a NOAA oceanographer and lead author of the report, in a NOAA press release. “For example, in some scenarios sea levels in the Pacific Northwest are expected to rise slower than the global average, but in the Northeast they are expected to rise faster. These scenarios will help communities better understand local trends and make decisions about adaptation that are best for them.”

Broadly speaking, the research estimates that almost all U.S. coasts outside Alaska will rise by at least 0.3 m (0.9 ft.) more than the global average if GMSL rise is at least 1.5 m (4.9 ft) by the year 2100. These changes are most severe in Northeast and West Coast states, along the western coast of the Gulf of Mexico, and around Hawaii, the Caribbean, and overseas territories in the Pacific Ocean. In contrast, if GMSL rise is less than 1.5 m (4.9 ft) by the year 2100, the coasts of Alaska and some Pacific Northwest states are expected to shift at a rate of at least 0.2 m (0.6 ft) lower than the global average. 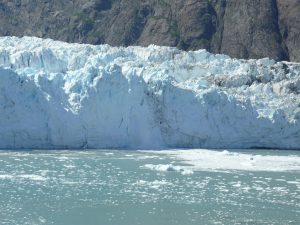 Climatologists have long suggested that steadily rising climates contribute to melting ice caps, which deposit large amounts of water back into the world’s oceans. In a recent report from the National Oceanic and Atmospheric Administration, melting ice caps join vertical land motion as a key driver of sea level rise. (William Welch/U.S. Department of Agriculture)

NOAA researchers joined with partners from Rutgers University (New Brunswick, N.J.) the U.S. Environmental Protection Agency, the South Florida Water Management District (West Palm Beach), Columbia University (Manhattan, N.Y.), and the U.S. Geological Survey to conduct the study. The study makes projections not only based on melting and freezing ice caps, but also regional subsidence due to compaction and drainage, tectonic activity, potential changes in the shape of ocean basins, and other factors.

Study findings represent a revision of prior GMSL rise estimates from 2012. New data suggests a 0.1 to 0.3-m (0.3 to 0.9-ft) increase in sea levels under modest scenarios and up to a 0.5-m (1.6-ft) increase under the most extreme scenarios.