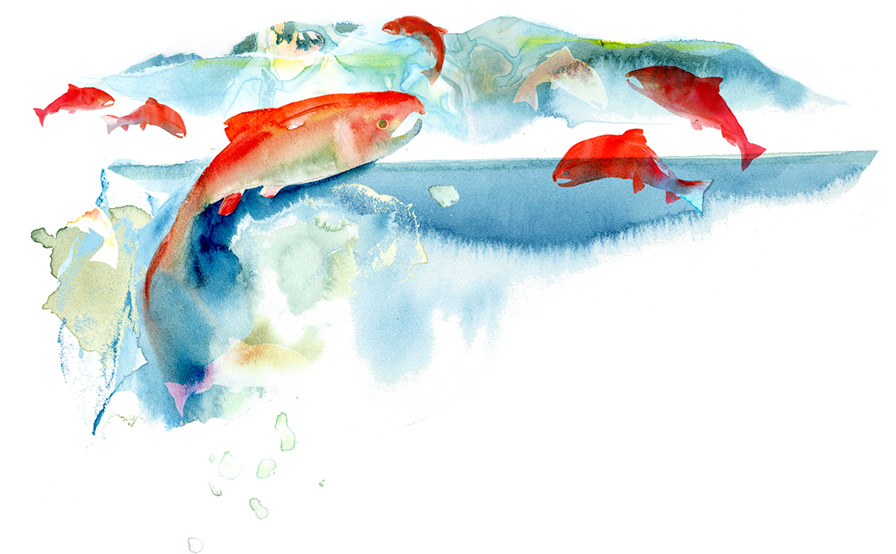 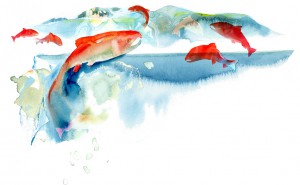 Salmon exposed to toxic stormwater can die in a matter of hours. But preliminary new findings by Washington State University (WSU; Seattle) researchers suggest that bioretention systems, such as rain gardens, that filter out contaminants from stormwater runoff are key for preventing lethal impacts on fish, according to a WSU press release.

Effective bioretention systems include sand and organic matter like compost and bark.

On April 12, 2016, WSU aquatic toxicologist Jenifer McIntyre described new findings about how coho salmon die when exposed to urban stormwater runoff at the WSU Innovators Lecture in Seattle. Her presentation was titled, Stormwater detox: How natural infrastructure can help save salmon.

“Urban stormwater runoff carries a complex mixture of hydrocarbons, some of which are toxic to the cardiovascular system of animals, into fish habitats,” McIntyre said. “We have seen that stormwater runoff can kill adult coho salmon in urban creeks, and we know that it can cause defects in the heart of developing fish.”

See the latest of the WSU lecture series: The Innovators.

Learn about The Innovators series.

Updated 5/10/16 – A full report by McIntyre supporting these findings was published in the journal Chemosphere. The article, Soil bioretention protects juvenile salmon and their prey from the toxic impacts of urban stormwater runoff, is available open-access.