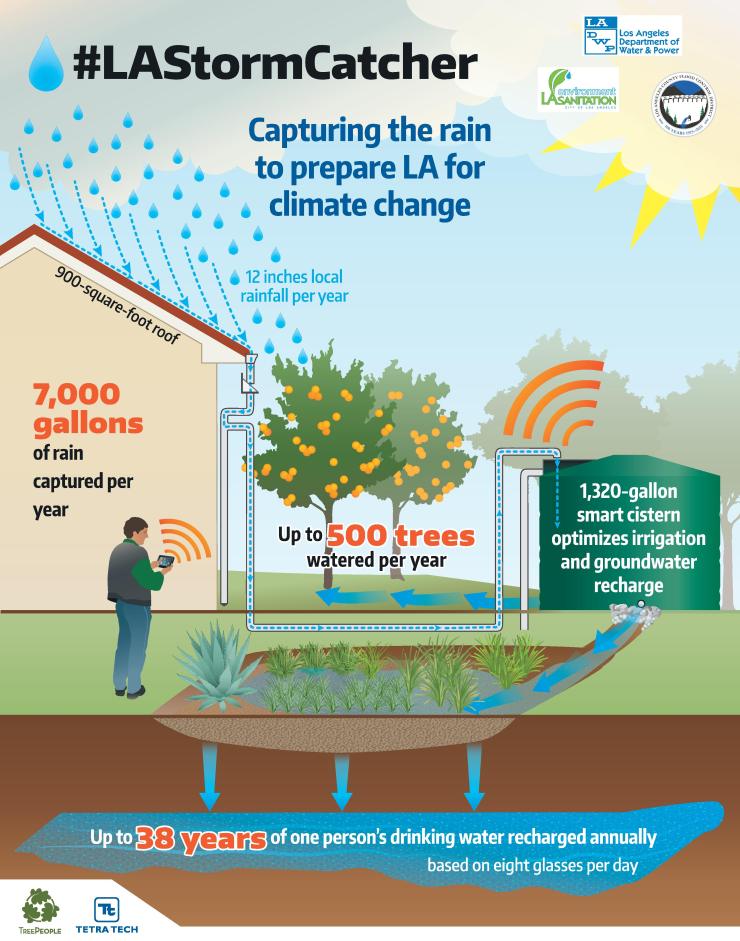 On Nov. 4, Los Angeles County and the City of Los Angeles unveiled LA StormCatcher, the area’s first-ever public-private collaboration that will capture and reuse stormwater. As many as eight homeowners in South Los Angeles and the San Fernando Valley will participate. Each home will be equipped with a cistern that can hold nearly 5000 L (1320 gal) of water.

The cisterns are linked and can be managed remotely from a computer. The technology uses predictive weather models to anticipate storm flows and water levels in the cistern. If necessary, the smart system opens a valve to release water before the rain begins.

Runoff captured from homeowner rooftops will flow through underground pipes into the cistern. A filter will remove pollution and dirt before the water flows into a rain garden. This water will recharge the local groundwater aquifer, rather than flowing into the area storm sewers and eventually the Pacific Ocean.

The system “reinvents our region’s relationship to the rain—with the potential to turn two million rooftops in LA County into a distributed network of storm-catching sponges,” said County Public Works Director Gail Farber.

According to Los Angeles City Mayor Eric Garcetti, the city has imported 89% of its water in recent years and receives only 11% from local sources. The county captures enough rainwater in a year to meet the needs of two million people, said Los Angeles County Supervisor Sheila Kuehl. “But that is, to coin a phrase, just a drop in the bucket. We need to do much, much more.”

The pilot project involves the Los Angeles County Flood Control District and Department of Public Works as well as the city’s Department of Water and Power and its Bureau of Sanitation. The engineering firm Tetra Tech and environmental nonprofit TreePeople also are involved.

Carrie Wassenaar is a participant in the LA StormCatcher program. Her North Hollywood home now can capture, on average, 26,500 L (7000 gal) annually. On Wassenaar’s property, runoff travels through a pipe into a rain garden beautified with pebbles and native plants. Wassenaar will use rainwater harvested in tanks to wash her car and irrigate her lemon and tangerine trees. Image by James Kellogg/TreePeople 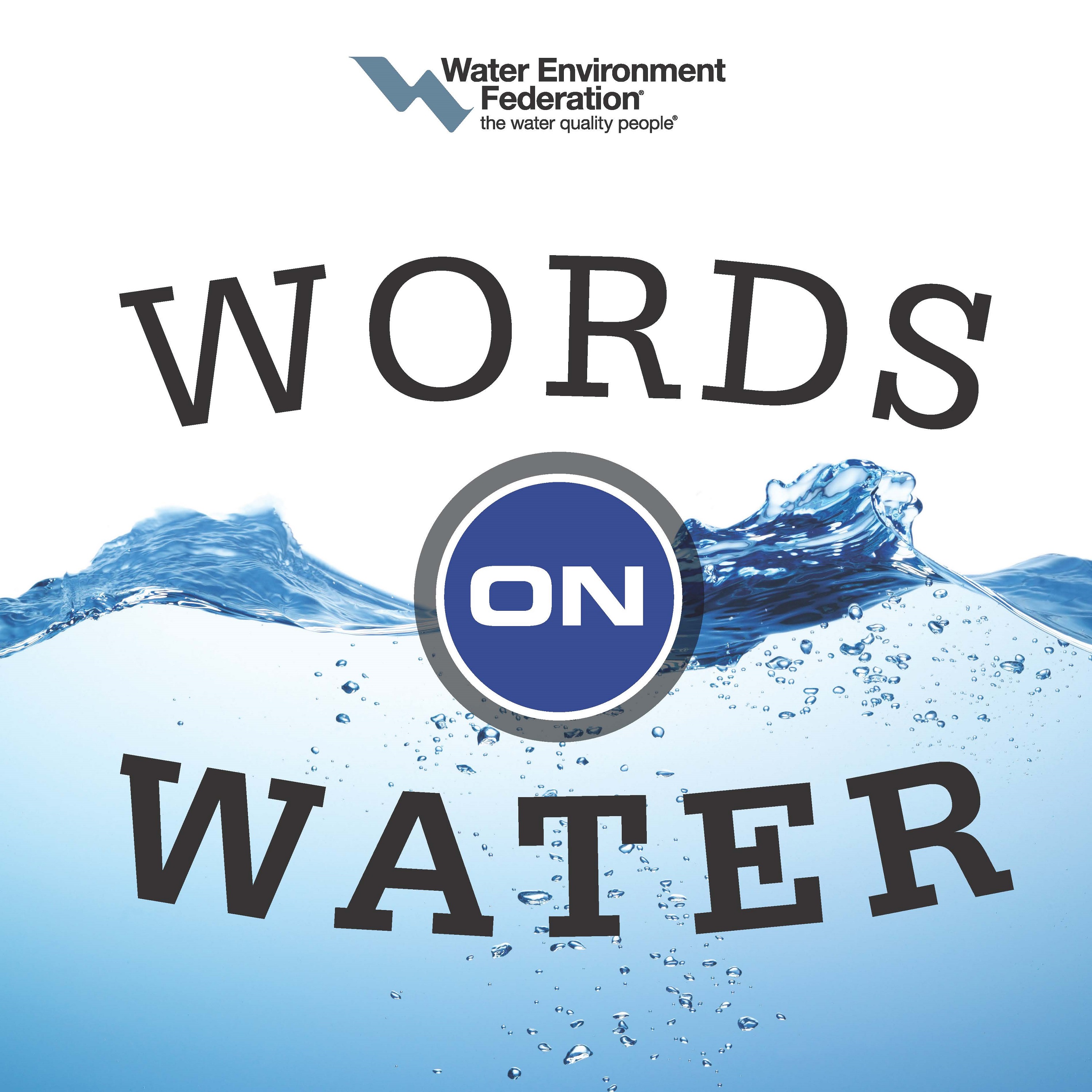 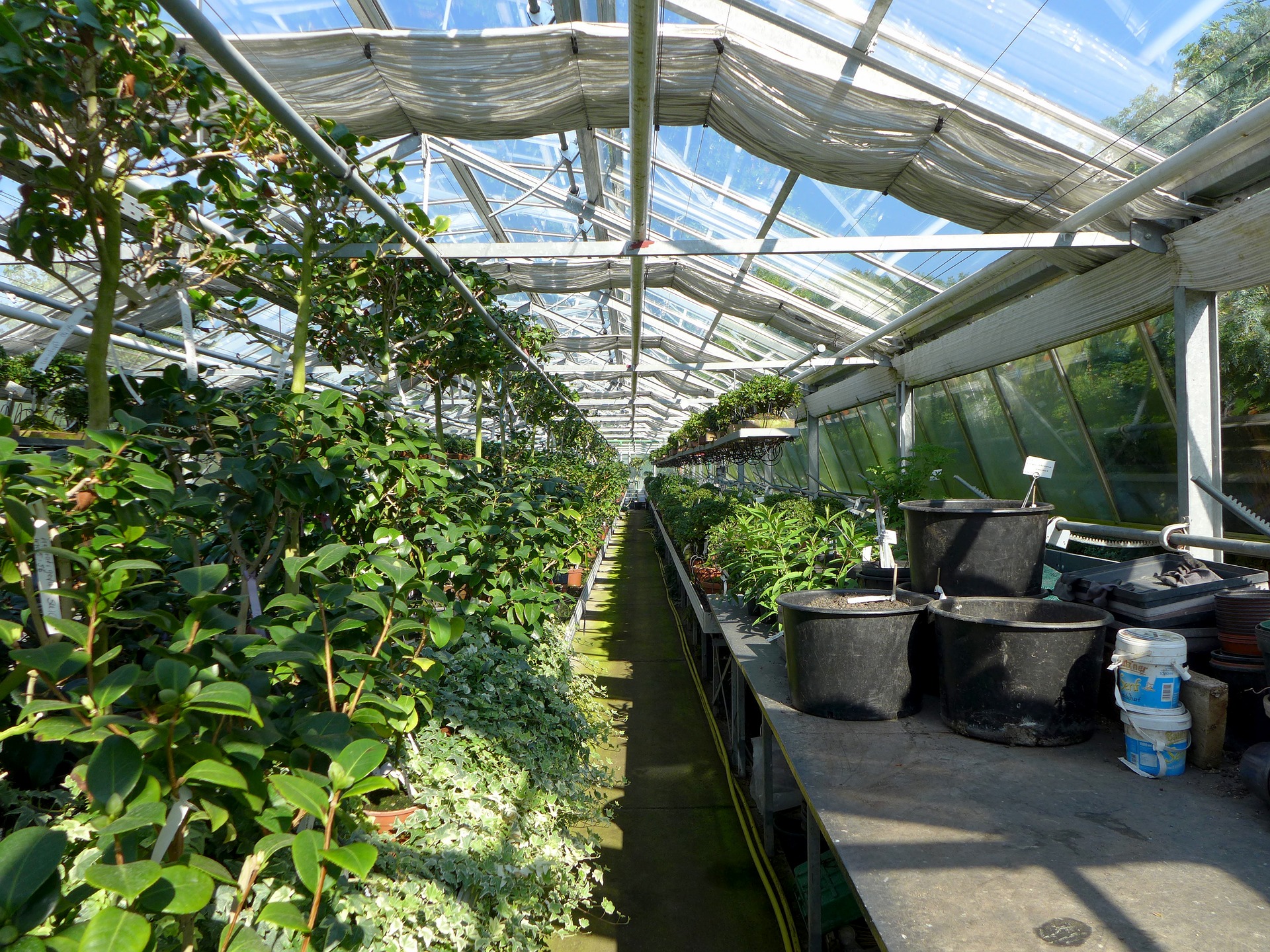