Ruling in favor of the U.S. Environmental Protection Agency (EPA) and other interveners on July 6, the federal Third Circuit Court of Appeals upheld the legality of the multi-state Chesapeake Bay total maximum daily load (TMDL).

Established in 2010, the TMDL requires reductions in nitrogen, phosphorus, and sediment from Delaware, Maryland, New York, Pennsylvania, Virginia, West Virginia, and the District of Columbia to restore the Chesapeake Bay. These states also developed individual plans for achieving pollutant reductions and committed to two-year milestones. Together, the pollution limits, plans, and milestones make up the Chesapeake Clean Water Blueprint.

However, The American Farm Bureau Federation and other plaintiffs contended that EPA exceeded its Clean Water Act authority in developing the TMDL, that the TMDL usurps state authority, and that bay restoration progress was sufficient without the TMDL. The plaintiffs alleged that all aspects of the TMDL beyond determining an allowable sum of pollutants ― such as establishing deadlines, requiring state cleanup plans, and subdividing loads among sources and regions ― exceeded the scope of EPA’s authority, largely because the agency may intrude on states’ traditional role in regulating land use.

The appeals court decision on July 6 upheld a 2013 decision by the U.S. District Court for the Middle District of Pennsylvania affirming the blueprint’s sound legal standing. Both decisions reject the Farm Bureau’s arguments that the TMDL usurps states’ rights and was based on flawed science and insufficient public participation.

“Water pollution in the Chesapeake Bay is a complex problem currently affecting at least 17 million people,” the court ruling states. “The Chesapeake Bay TMDL will require sacrifice by many, but that is a consequence of the tremendous effort it will take to restore health to the bay.”

Many eyes around the country are watching this case, as dead zones, harmful algal blooms, and other nutrient pollution issues affect waterbodies across the U.S. The National Association of Home Builders and numerous agricultural trade organizations joined the Farm Bureau. One of their concerns is that the Chesapeake Bay TMDL could set a precedent for other areas and ultimately lead to greater regulation of farming and construction activities. In addition to West Virginia, 21 other states, many in the Midwest, also filed briefs in support of the Farm Bureau.

Joining EPA and the Chesapeake Bay Foundation in support of the Chesapeake Clean Water Blueprint were Virginia, Maryland, Delaware, and the District of Columbia, as well as a variety of municipalities, wastewater agencies, and environmental groups.

The Farm Bureau has 90 days to seek an appeal to the U.S. Supreme Court. 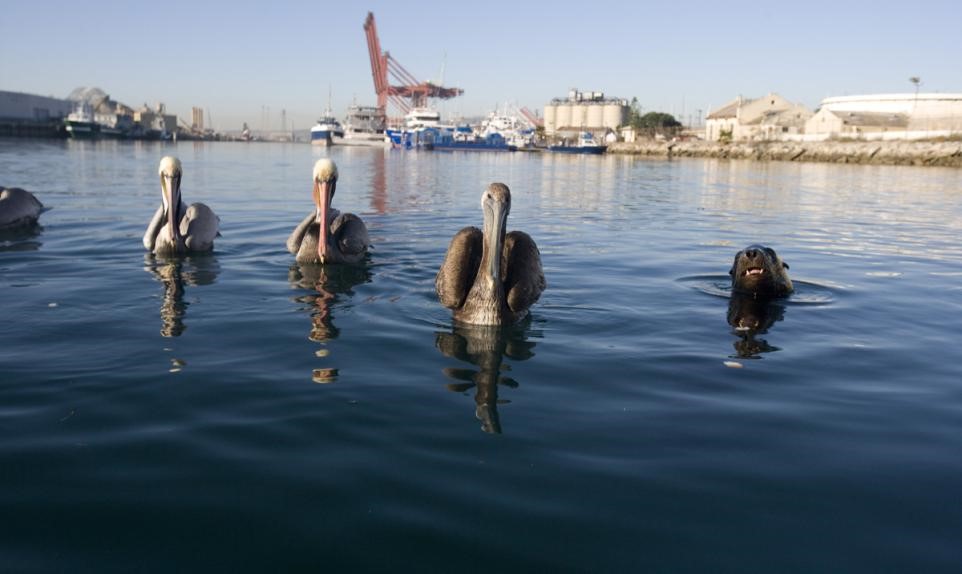 Adapting LID to a Port Environment