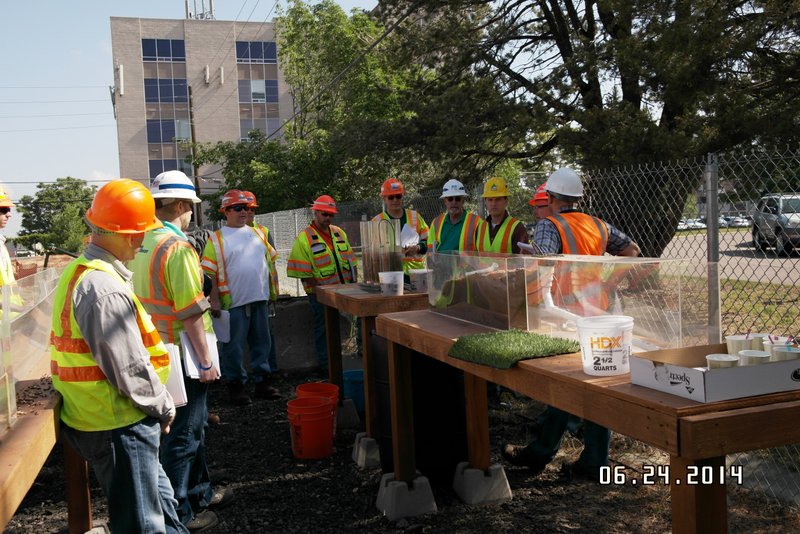 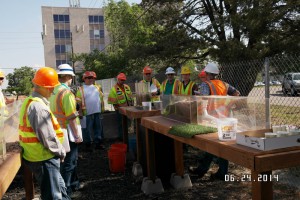 The Colorado Department of Transportation (CDOT) was one of the first transportation departments in the U.S. to establish a training and Erosion Control Supervisor Certification Program to protect water quality. Starting in 1992, this program stressed regulatory compliance, documentation, erosion control basics, and stormwater best management practices (BMPs).

In January, however, CDOT rebooted its training program to focus on improving both the execution of stormwater controls at the construction site as well as the understanding of hydrological and watershed concepts. Over a 6-month term, 750 students have undergone training, and that number is expected to reach 1300 by this October. 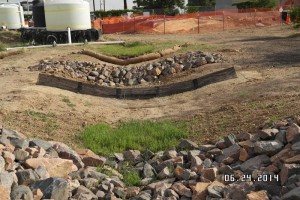 “The Water Quality BMP Training facility was a dream of the CDOT’s Landscape Architect and Water Quality Units for a long time,” said Tom Boyce, Hydrologic Resource and Ecological Design (HRED) section manager with CDOT. Yet the opportunity to build the training facility actually came in the form of erosion and sediment control violations on some CDOT projects. Rather than pay a monetary fine, the Colorado Department of Public Health and Environment allows for a “supplemental environmental project,” so CDOT used that money to fund the facility’s construction.

“We looked at this as an opportunity to address what contractors need to succeed in the field,” Minges said. “We scrapped the old class and started from scratch.” In the process, they stepped up the previous course about four to five notches, he said.

The 2-day TECS Certification is required by CDOT construction specifications, and students must pass with a score of 80% or more. The course involves one day of classroom learning and another of hands-on, field training.

The course strays from the historical focus on environmental compliance and focuses on taking a more proactive approach to erosion control. “What makes this program unique is the emphasis on specifications,” said Art Hirsch, environmental engineering consultant with TerraLogic, one of the contractors that helped design the training program and facility. 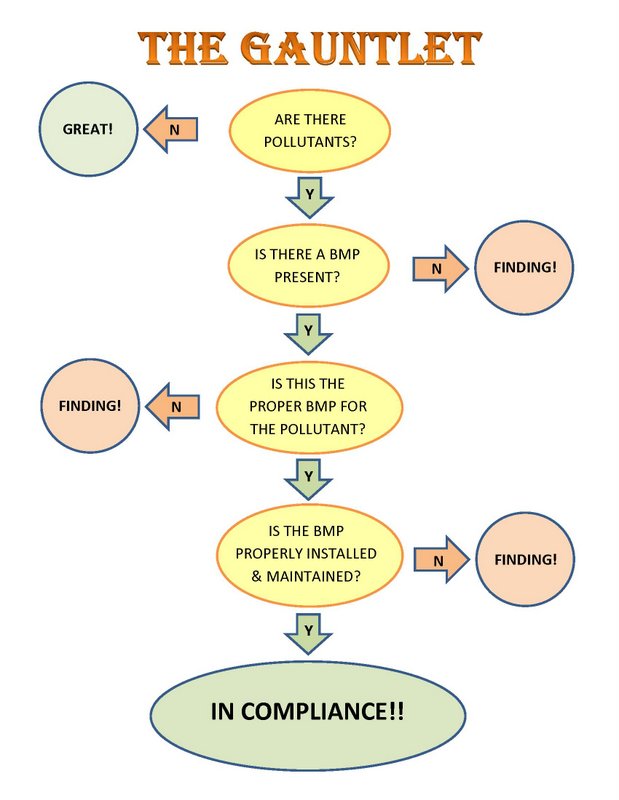 The Gauntlet. Chart by CDOT

Another unique feature of the training program is what Minges calls the “Gauntlet.” It asks students to look at pollutants first and to determine what controls are needed to prevent sediment discharge at the outfall. In the past, CDOT training stressed only the proper installation of BMPs. Now, contractors learn to first inspect the area and ask themselves if they even need a BMP. If there is a BMP present, is it being maintained properly, and is it the proper one for that pollutant source?

Contractors are now analyzing the site from a watershed management and hydrology point of view rather than “just slapping silt fences and erosion control logs up,” Minges said. “We are empowering the contractor’s TECS to be the most educated person on projects concerning environmental compliance and creating a profession for the stormwater industry.” 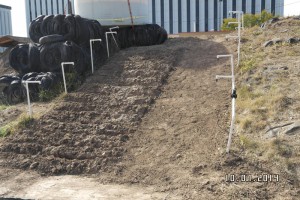 The classroom portion of the course covers the “three main pillars” of administration — phasing, documentation, and communication. The primary focus is the Stormwater Management Plan, which is similar to the Stormwater Pollution Prevention Plan (SWPPP) used in other parts of the country.

The second day of class takes place at the BMP facility. It covers the basics of erosion, soil types, watershed management, and hydrology. Students get field training with concepts such as particle displacement, sediment transport, sheet flow, and channel flow. Students experience a number of visual models, including laminar and turbulent flow demonstrations and an augmented sandbox that shows how a watershed’s shape affects runoff. The facility features all proper slope and sediment stabilization techniques commonly found on Colorado transportation construction sites, from BMP treatment trains to erosion control check dams to silt fences.

Additionally, water running through the site reveals to students first-hand common mistakes and how incorrectly installed BMPs can fail. Sprinkler heads can simulate an eight-centimeter (three-inch) storm event using recirculated water, allowing students to see hydrology in motion and to visualize the movement of water and sediment on slopes and in channels. “Being able to see how BMPs function under artificial water conditions is very important,” Hirsch said. “It gives students a sense of why it is important to have BMPs and install them correctly.”

Students are able to see how fast water moves through channels with poorly installed BMPs compared to those that are properly installed. “Most of our students don’t work in the rain; they only see the aftermath,” said Minges. “We show them what happens when the water is actually flowing.”

For instance, one of the most common mistakes, according to CDOT, is creating a v-channel. “The shape of the channel is very important,” Minges said. “A v-channel is the easiest to make but the hardest to maintain. A u-channel is much better, as it reduces the energy within the channel.”

Another common challenge instructors are trying to address is stopping erosion before it starts by using mulch, erosion control blankets, or other techniques before a BMP is even needed. “It goes back to the proactive approach, to the gauntlet, to determine if you even need a BMP,” Hirsch said. “If you don’t need to disturb vegetation, then don’t.”

“On slopes, soil preparation and vegetation establishment is a big challenge. It takes years for plants to get established in Colorado,” Minges said.

Through the training program, CDOT is providing the tools to make contractors more educated about erosion and sediment control in all Colorado environments, from the mountains to desert sands and plains.

TerraLogic and Wright Water Engineers, along with Aqua Terra Environmental, developed the education modules and facility design. Due to the success of this cooperation, the number of students who have been able to take the course has far exceeded CDOT’s expected 750 students over three years.

CDOT also is trying to set up an ongoing education system. TECS involves a three-year certification. However, CDOT is currently developing an online learning management system where users can take additional classes to extend their certification another two years. After the certification ends, they can take a refresher course.

CDOT also is tracking performance to examine the effectiveness of the new program, ensuring that fundamentals are implemented in the field, and that the number of corrective actions is reduced. The learning management system, which tracks student scores and training, will be tied to CDOT’s Environmental Management System. When CDOT evaluates erosion and sediment controls for permit or specification deviations, the department can tie student training performance with actual performance on construction projects.

“We are working to develop performance measures as well as a plan to collect data to show that training is making a difference out in the field, and if not, it will help show us where we need improvement,” Boyce said.

Check it Out! Stormwater Pump Station Disguised as House