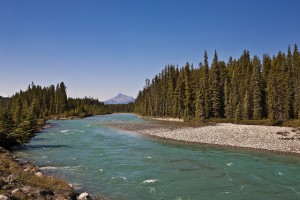 On Aug. 6, The Alberta government announced the Watershed Resiliency and Restoration Program (WRRP) and the Southern Alberta Fisheries Enhancement and Sustainability (FISHES) Program. These programs will provide a combined $28 million (CAD$31 million) over three years for restoration and enhancement projects in flood and drought-prone areas.

Unlike traditional flood mitigation projects, which use large-scale construction or engineered structures such as dykes or berms, the Watershed Resiliency and Restoration Program will improve watershed function through the creation and enhancement of natural systems, as well as the conservation and restoration of healthy wetlands and riparian areas. Funding of $19 million (CAD$21 million) for this program is allocated from the $541 million (CAD$600 million) pledged for flood mitigation efforts announced in April.

The FISHES Program will restore disturbed habitats and mitigate the impacts to fish resulting from flood recovery work. Fish habitat improvements include restoring spawning or over-wintering habitat, rebuilding river banks and revegetation, and development of new instream habitat structures. There will be a special focus on habitat “hot spots” based on the presence of Species at Risk or Species of Concern.

Priority projects funded through each program will begin in the fall. All work should be complete by spring 2017.