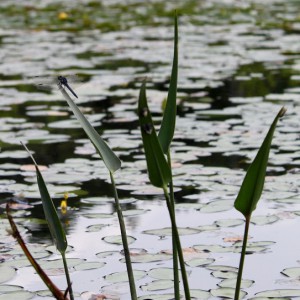 In a new study announced June 11, researchers from the University of Saskatchewan Centre for Hydrology show that wetlands can reduce flooding and damage to communities.

“Our results show a direct link between wetland drainage and peak streamflows during a flood,” said John Pomeroy, director of the Centre for Hydrology. “By restricting wetland drainage in the future, or restoring wetlands, we could reduce infrastructure costs from floods, such as washed-out roads and flooded communities.”

Pomeroy leads the research team that simulated wetland storage and runoff for the Smith Creek watershed about 60 km (37 miles) from the city of Yorkton in southeastern Saskatchewan.  The area covered by wetlands in this watershed has decreased from 24% to 11% between 1958 and 2008.

Through multiyear measurements and computer modelling, researchers tested several scenarios. “We found that wetland drainage has a very strong impact on streamflow in flood conditions,” Pomeroy said. “For the 2011 flood, complete restoration of the wetlands to their historic levels decreases the flood peak that year by nearly a third. Conversely, complete drainage of wetlands increased the 2011 flood peak by 78%.”

This latest research confirms that wetlands effectively buffer hydrological extremes. The research team’s simulations showed that wetlands have the most dramatic streamflow regulating effect in normal or dry years, where they act as important reservoirs during the transition from spring snowmelt to summer dry conditions. Removing wetlands in these years meant two to three times more water drained via streamflow from the Smith Creek watershed.

“When wetlands are drained, snowmelt runoff water goes directly into streams and rivers instead of being stored and this can increase streamflow discharge substantially,” Pomeroy said.

The buffering effect of wetlands has important implications for downstream lakes and rivers.  Smith Creek flows into the Assiniboine River which in turn flows into the Red River and finally to Lake Winnipeg.