DC Water issued $350 million in taxable, green century bonds the week of July 10, marking several firsts for the utility and the municipal sector. The 100-year final maturity represents the first municipal century bond issued by a water or wastewater utility in the U.S. It also represents DC Water’s inaugural green bond issue and the first “certified” green bond in the US debt capital markets with an independent second party sustainability opinion. 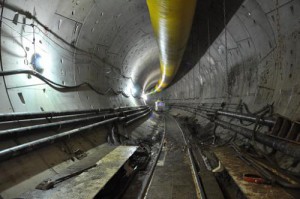 Proceeds from the century bonds will finance a portion of the DC Clean Rivers Project, a massive $2.6 billion effort to construct a deep tunnel system that will transport combined stormwater and sewage to DC Water’s Blue Plains Advanced Wastewater Treatment Plant, significantly reducing combined sewer overflows (CSOs) to area waterways. The issuance achieved its green certification based upon the project’s environmental benefits, which include improving water quality by remediating CSOs, promoting climate resilience through flood mitigation, and improving quality of life through promotion of biodiversity and waterfront restoration.

DC Water has typically issued 30- to 35-year, tax-exempt municipal bonds to fund its capital improvement projects, reflecting the anticipated useful life of the assets. In the case of the Clean Rivers Project, DC Water is financing a portion of the construction costs with a century bond to better match the useful life of the tunnel systems — expected to perform for at least 100 years.

“The responsibility of a Chief Financial Officer is to secure the funding necessary to undertake the work of the enterprise,” said DC Water CFO Mark Kim.  “We also need to formulate a financing strategy that both matches the lifespan of our assets with their funding stream and that presents an equitable charge to our ratepayers.  We developed this innovative approach to achieve all these goals.”