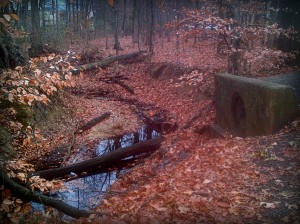 As a resident of the Accotink Creek watershed, a headwater tributary to the main stem of Accotink Creek is literally a stone’s throw from the back patio of my townhouse.

On Jan. 3, a Federal Court in Virginia ruled that runoff and other “nonpollutants” could not be used as surrogates for pollutants to meet a total maximum daily load (TMDL). However, there is significant misinformation or misunderstanding of the case. For example, referring to the TMDL as attempting to “regulate water” is a common misconception.

TMDLs employing flow or impervious cover as a surrogate are known as “flow-based TMDLs” and have been used in several other cases, especially in the Northeast. This article clarifies the facts and nuances of this case in order to provide proper context for larger issues and potential implications that go beyond this ruling.

The federal judge presiding over the case stated that his decision is based on the fact that the term “pollutant is a statutorily defined term [in the Clean Water Act],” and that, “the Court sees no ambiguity in the wording of this statute.”
While the approach using stormwater runoff to limit generation of instream sediment is technically sensible, the legal view of this relationship is less clear.

The flow surrogate in Accotink Creek’s TMDL was based on sediment rating curves, which helped determine flows that could be generated within the watershed while still meeting the creek’s water quality standard. According to the analysis, the existing unit-area flow rate would have to be reduced by 48%, from 92.5 m3/ha•d (1327.7 ft3/ac•d) to 47.7 m3/ha•d (681.8 ft3/ac•d; see the technical notes at the end of this article for more details on how the TMDL was calculated).

Reducing flows by 10% to 20% in an urbanized watershed is a technically significant challenge, but requiring a reduction in runoff of nearly 50% may be unrealistic. Natural features, such as poorly draining soils and steep slopes in the watershed, present serious technical limitations. 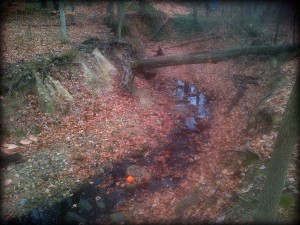 Vertical banks 0.9 to 3 m (8 to 10 ft) high with exposed tree roots and other telltale signs of a severe erosion. These are common sights within the watershed.

The TMDL at issue is for Accotink Creek (Fairfax, Va.). Much of the watershed was developed in the 1950s and 1960s, long before the impacts of stormwater runoff were well understood and regulated. It is a typical urbanized watershed in the Mid-Atlantic region with nearly 25% total impervious cover.  This is especially significant for a watershed that is 124 km2 (47.9 mi2) in area. It is notable that more than 70% of the watershed’s soils are D-type soils and 10% are type C. A combination of significant urbanization, steep slopes, and poor-draining soils leads to high amounts of stress on streambanks and streambeds throughout the system, which is exacerbated by a lack of stormwater management throughout.

Fairfax County, which holds the Municipal Separate Storm Sewer System program (MS4) permit for the Accotink Creek watershed, has been moving forward aggressively in its development of an innovative and well-funded stormwater program aimed at reducing runoff volumes, as well as protecting and restoring streams in Accotink Creek and beyond. I believe Fairfax County is not against doing all it can to address the impacts of uncontrolled stormwater runoff. However, the county’s involvement in the case against the U.S. Environmental Protection Agency (EPA) may be more about how to control and manage runoff rather than if it should do so. Perhaps stormwater runoff is best regulated under the National Pollutant Discharge Elimination (NPDES) program, as it respects the complex programmatic nature of stormwater management.

The TMDL program works upstream to determine the acceptable daily pollutant load a stream can receive while still maintaining water quality standards. The program does so with little consideration of the practical ability to implement the TMDL.

To contrast, the NPDES MS4 has traditionally been more flexible and pragmatic in the management of runoff. This is evidenced by the recognition of nonquantitative aspects of stormwater management, such as public engagement, participation, and outreach. The MS4 program relies on local government’s knowledge of how to best manage stormwater in its jurisdiction. The program is also iterative and, therefore, adaptable, which allows for incorporation of new technologies and approaches as they arise.

Wrong tool for the wrong time

Perhaps the most significant question derived from this ruling is whether stormwater runoff should be treated as a pollutant in any regulatory program.
There have already been questions in the industry press about how this ruling could expand beyond the TMDL program and whether it could negate EPA’s ability to regulate flow in any manner. The regulatory community’s position is that the ruling applies to regulating flow strictly in the TMDL program. Flow-based regulation in the NPDES program is protected by Sec. 402(P)6 of the Clean Water Act, which states simply that stormwater discharges are “to be regulated to protect water quality,” with little prescriptive direction on how to do so.

While this legal question is not likely to disappear anytime soon, a bigger question looms about whether the Clean Water Act is out of date. This legislation has provided many benefits since its inception in 1972. However, the growing list of legal questions at various levels and across numerous programs indicates that a new Clean Water Act is needed to tackle the water quality problems of today and in the future (see the Water Environment Federation’s Clean Water Act Modernization position statement). This should compel stormwater professionals to call on Congress to address one of the most significant and aggressively growing water quality problems in this country.

Technical Notes on the Accotink Creek TMDL: Sediment rating curves express the relationship between streamflow, stream sediment loadings, and flow duration curves. The flow duration curves “depict the average percentage of time that specific daily flows are equaled or exceeded at sites where continuous records of daily flow are available.” The TMDL allocations were established using the 1-year, 24-hour discharge for a number of reasons. This rate approximates the channel-forming discharge (“bankfull”) in urban areas, adversely affects benthic communities, and coincides with proposed performance standards for Virginia’s stormwater program. Flow data were used, along with information from the flow duration curves, to develop sediment rating curves for Accotink Creek and two other unimpaired watersheds in the area that are currently meeting water quality standards consistent with Accotink Creek.

L.A. County May Appeal Stormwater Ruling to the Supreme Court