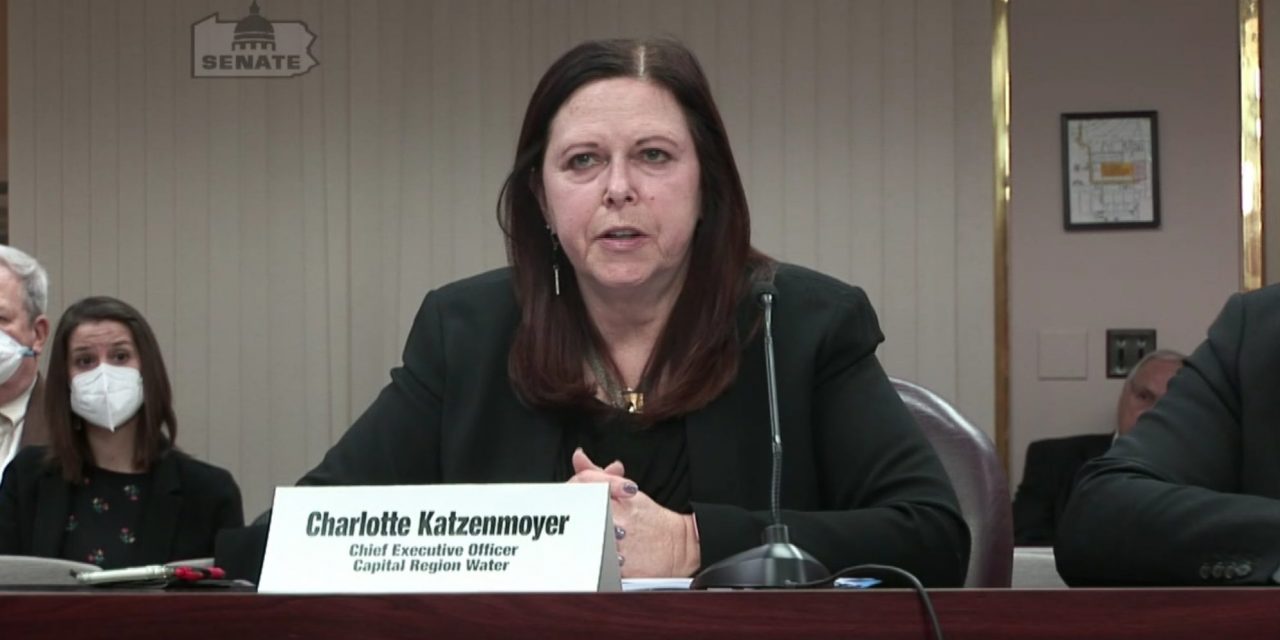 The City of Harrisburg, Pennsylvania, is embroiled in a stormwater fee dispute between Pennsylvania’s state government and Harrisburg-based utility Capital Region Water (CRW).

The controversy stems from CRW’s City Beautiful H2O stormwater program, which charges a fee to all mixed-used residential and non-residential property owners based on the amount of impervious area on the land they own. The State of Pennsylvania owns more than 40% of real estate in Harrisburg but is refusing to pay the fees they have been charged, Lower Susquehanna Riverkeeper Association (Wrightsville, Pennsylvania) Executive Director Ted Evgeniadis wrote in a January letter to the Pennsylvania Senate.

A History of Disagreement

However, since its properties were assessed impervious area charges when the program began in October 2020, Evgeniadis says the state never collected or paid its expected $32,246 in monthly fees. That does not mean, however, that the state has turned a blind eye to sewer overflow alleviation in Harrisburg.

“The state is not contributing any grants or paying any fees toward fixing the problem,” Evgeniadis wrote in an open testimony to the Pennsylvania Senate Environmental Resources and Energy Committee, “but the board of PENNVEST, the Pennsylvania state infrastructure investment authority controlled by the governor, has approved a total of $95 million in loans since 2020 to help Harrisburg CRW address the CSO issue.”

Although those loans cover approximately 30% of the funds necessary to satisfy the conditions of the city’s Long-Term Control Plan, Evgeniadis cautioned that they come with a catch.

“It should be noted that Harrisburg’s mostly lower-income residents will be burdened with having to pay back all of these state loans through potential increases in their water and sewer rates,” he wrote. “In the end, local city ratepayers will have to pay all of these state loans back, so it won’t cost the state anything in the end, although the state owns large portions of real estate in Harrisburg.”

The state argues that legally, City Beautiful H2O payments are not fees, but taxes, and therefore that CRW has no authority to assess taxes on their properties. But most tax-exempt Harrisburg property-owners – including churches, public schools, the federal government, various non-profits, and the City of Harrisburg itself – have paid their impervious area charges. CRW argues that if the charges were taxes, then tax-exempt organizations would not pay them.

“The state’s failure to acknowledge its role is confounding and without merit,” said CRW CEO Charlotte Katzenmoyer in a January 26 Pennsylvania Senate Environmental Resources and Energy Committee hearing on the issue. “The state contends it has no obligation to pay its fees…unlike other water and sewer fees charged to their Harrisburg properties.”

Katzenmoyer strongly disputed the state’s claims in the hearing, bluntly telling the committee: “We disagree.”

“Taxes finance general government operations,” she added. “A fee is distinctly limited to the cost of the specific service and must be reasonably proportional to the charge. Most of our stormwater infrastructure in Harrisburg is over 80 years old, and most [of it] needs to be repaired or replaced. These fees were charged for specific stormwater projects.”

Pennsylvania government representatives also said that the municipal utility should not even charge state properties standard stormwater management fees, since these properties are already subject to strict stormwater controls under separate regulations. That is also the same reason Hawaii state officials gave when requesting an exemption from a similar stormwater fee program.

“Interestingly – or ironically – the Commonwealth did not take issue with paying for stormwater-related expenses in the past when these costs were included in the sewer rates,” said Kurowski, currently working as a consultant for CRW. “It’s only now that the Commonwealth is refusing to pay.

The state did not provide any testimony. The Committee was largely sympathetic toward the testifiers; Senator Elder Vogel Jr. laughed out loud when he heard the state wasn’t paying stormwater fees at its more than 93,000-m2 (1,000,000-ft2) Farm Show Complex and Expo Center, which has multiple sprawling, impervious parking lots.

Committee Chairman Senator Gene Yaw expressed concern for how underinvestment in stormwater infrastructure could amplify the effects of climate change, which is expected to bring more frequent and intense rainfall to Pennsylvania.

At press time, the state still had not paid any of its stormwater obligations under the City Beautiful H2O program.

Kurowski said during the hearing that the City Beautiful H2O program was especially popular with the one-third of Harrisburg residents living in poverty, who were previously paying roughly double the stormwater costs for which they are now responsible under the impervious area charge program.

“They’re not happy about this situation,” he said in his testimony. “The state’s refusal to pay means that fee has to be covered by other members of the community, including residential ratepayers and commercial business owners. Other tax-exempt organizations like churches and the Harrisburg School District are stepping up to meet their obligations, and they want to know why the Commonwealth is not.”

“Article I, Section 27 of our state constitution says that we have a right to clean air and clean water,” added Evgeniadis in his testimony, referencing the Pennsylvania Constitution’s status as the strongest of just five state constitutions with environmental rights amendments. “Every Pennsylvanian deserves that right, but right now the public trust is not being held up to its responsibilities.”

ABOUT THE AUTHOR
Will Fowler is a staff member of the Water Environment Federation (WEF). He mainly writes for Water Environment & Technology magazine and additionally contributes to WEF’s online publications. Contact him at wfowler@wef.org.