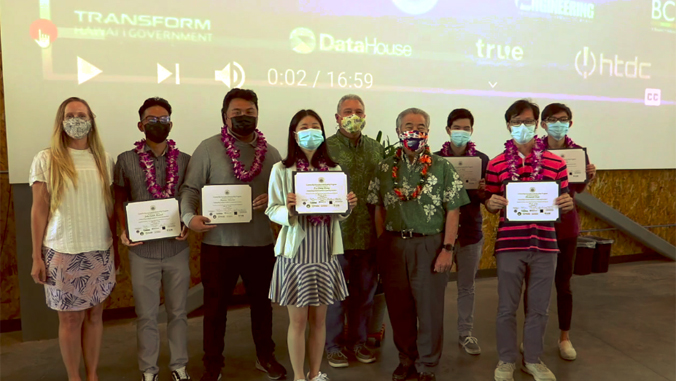 Population density on the Hawaiian Islands is growing rapidly, with figures from the 2020 U.S. Census suggesting more than 100,000 people have immigrated to the state since 2010. At the same time, research from the University of Hawai’i at Mānoa (UH; Honolulu) indicates that the effects of climate change are manifesting as lower overall rainfall volumes, but more frequent intense downpours across the archipelago in recent years.

For these reasons, attention to stormwater management is growing among Hawaiian conservationists, municipal governments, utilities, and researchers. The City and County of Honolulu, for example, is in the process of establishing a new stormwater utility that would join more than 2,000 U.S. municipalities in charging user fees based on the impervious space of their property, with proceeds funding new stormwater-management improvements.

This spring, a UH initiative called the Community Innovation Mentorship Program (CIMP) tapped aspiring engineers in Honolulu to help citizens understand the purpose of the new utility, the benefits of stormwater management, and ways to minimize their charges for impervious area coverage. CIMP pairs high-school students and UH engineering majors with professional-engineer mentors each year to address specific issues in the Honolulu area.

“Programs like this benefit all of the participants, including our students as well as our industry partners who will be hiring our graduates who will now be better prepared for life after college,” said UH College of Engineering Dean Brennon Morioka, in a release.

Out of the Classroom

The 2021 CIMP cohort included 10 UH students majoring in either computer or civil engineering as well as students from Waipahu High School, located in a suburb of Honolulu. Participants were split into two teams based on their discipline of interest and paired with professionals from technology consultancy DataHouse and engineering consultancy Belt Collins Hawaii, both based in Honolulu.

They were tasked with working together — both within and between their teams — to minimize the impervious area charge liability of the Waipahu High School campus by developing tailor-made stormwater modeling and infrastructure solutions by the end of their internship periods. Mark Osman, a DataHouse software developer who mentored the computer engineering team, described in a release that the social aspects of the planning process offered students a learning experience unavailable in a traditional classroom setting.

“There’s no more hiding behind iPads or computer screens because we really push the concept of thought, connection, communication, and accountability, which becomes paramount to the real-world setting,” Osman said.

2021 marks the second year of CIMP, following the success of an effort last year to streamline the process of managing incoming animals at Honolulu’s Daniel K. Inouye International Airport.

First, UH students developed guidelines to help their team identify the specific points on campus where stormwater tends to accumulate and generate runoff during heavy storms. Waipahu High School students then used the protocols developed by their teammates to collect important data about such campus characteristics as land elevation and impervious area coverage. Using these measurements, which included a drone-captured aerial map of the site, the team identified strategic locations for three new, underground stormwater storage tanks, several additional infiltration trenches, and clusters of native vegetation. They also recommended converting the school’s parking lots into hybrid surfaces with both permeable and impermeable pavers.

Estimates suggest that their design would cut Waipahu High School’s impervious area charge in half, according to a presentation by the team at the program’s conclusion in May. Data gathered during the design process were then passed to the computer engineering team to help inform their project.

“This was a unique experience because we had to work with people that we’ve never met before that aren’t civil engineers, so we had to make sure the information that we’re giving them is pertinent to their scope that they’re working on,” said Marcus Silvestre, a recent UH graduate and member of the CIMP civil engineering team.

The Power of Visualization

The computer engineering team focused on stormwater modeling, creating a data-backed resource to help Waipahu High School as well as other property owners in the region better understand the connection between their property’s impervious area and their financial liability under the city’s new ordinance.

Incorporating climatic and topographical data from the U.S. Geological Survey, U.S. Environmental Protection Agency, the City and County of Honolulu, and other sources, the team developed a prototype website that enables landowners to calculate their impervious area charges and experiment with ways to reduce them. Users can retrieve an aerial image of their property and draw polygons that indicate its varying permeability. They can then easily place various types of household-scale green infrastructure for an estimate of how simple interventions can reduce their impervious area charges. For their end-of-program presentation, the computer engineering team used their website to model the design recommended by the civil engineering team, verifying their ability to dramatically reduce impervious area charges at Waipahu High School.

The website, designed for public education, also teaches users the basics about stormwater management, how their utility fees are utilized, and how landowners can apply for charge reductions after their projects are completed. 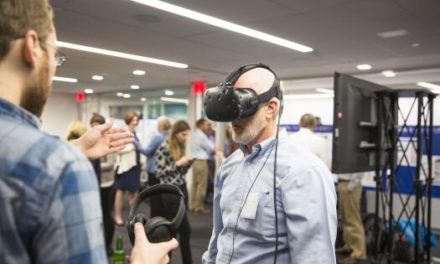