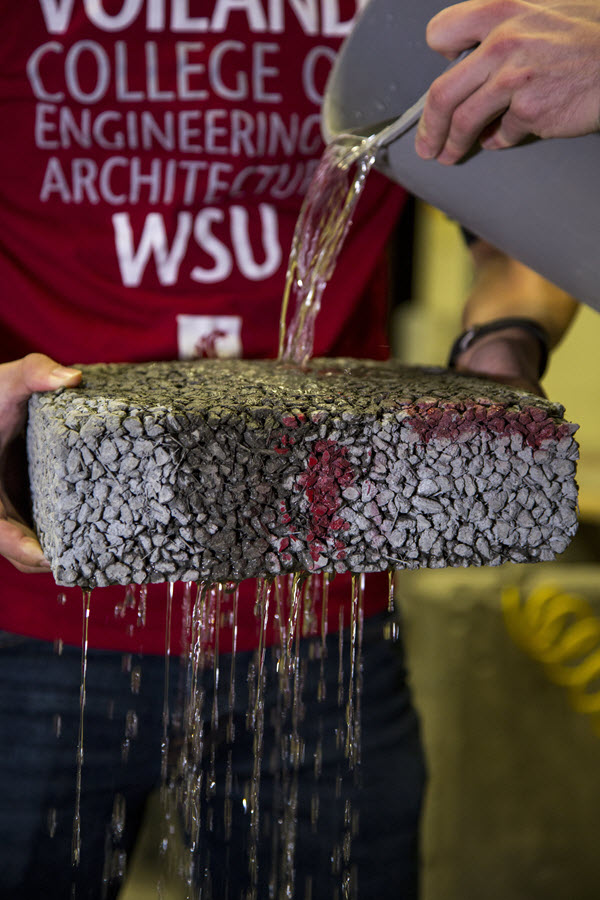 Researchers in the Department of Civil and Environmental Engineering at Washington State University have demonstrated that permeable pavement can be improved with the addition of recycled carbon fiber composite material. Associate research professor Karl Englund and Assistant professor Somayeh Nassiri supplemented permeable concrete mixes with composite scraps sourced from Boeing (Chicago) manufacturing facilities and found that cured specimens exhibited increases in both strength and ductility.

The researchers used mechanical milling to break down recycled carbon fiber composites and then screened what remained to obtain desired fractions. “Much of the recycling in Europe, the U.S., and China involves chemical and thermal treatments to remove resins and capture fibers. We wanted to avoid that type of process because of the energy requirements and costs,” Englund said. “But also, carbon fiber composite has an incredible strength-to-weight ratio and offers very good corrosion resistance, so the thinking was to try and keep as much of that form as we could.”

The resulting material they used still contained resin and functioned more like a composite than a fiber, retaining much of its inherent strength, according to Englund. “With that in mind, it can be used as a reinforcing element to a variety of different matrices, and porous pavement is one,” he said.

One of the first concerns was whether the recycled carbon fiber would potentially effect water quality. Addressing this, the researchers worked with the Washington State Stormwater Center in monitoring contaminant levels of water before and after filtering through a cast mixture.

“The results indicated that the carbon fiber did not cause any impacts to water quality,” Englund said. “Carbon fiber is used in a lot of corrosive environments and it doesn’t break down. In porous pavement, it just acts as another aggregate material.”

During the investigation, Englund and Nassiri experimented with different size fractions to determine what represented the best reinforcing component. Mechanical milling tended to produce long-aspect ratio — or needle-like — shapes, and the researchers set out to identify the most optimal.

“Firstly, we wanted to discover the grade of fiber that offered the most bending strength,” Nassiri said. “But since porous pavement is inherently brittle and tends to break when it reaches its peak load, another factor we looked at was which grade helped increase the residential strength after cracks had formed. If we add more residual strength, can porous pavement continue to support a load after cracks develop? Those criteria helped us to identify the shapes and sizes that are the most advantageous to porous pavement.”

Following lab-scale tests, the researchers are currently conducting a demonstration project and are also evaluating the logistics of establishing a supply chain. 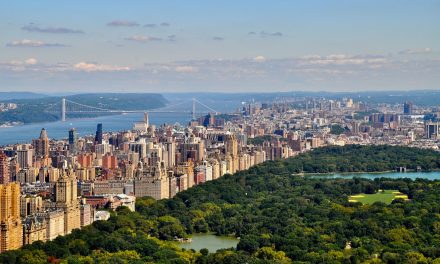