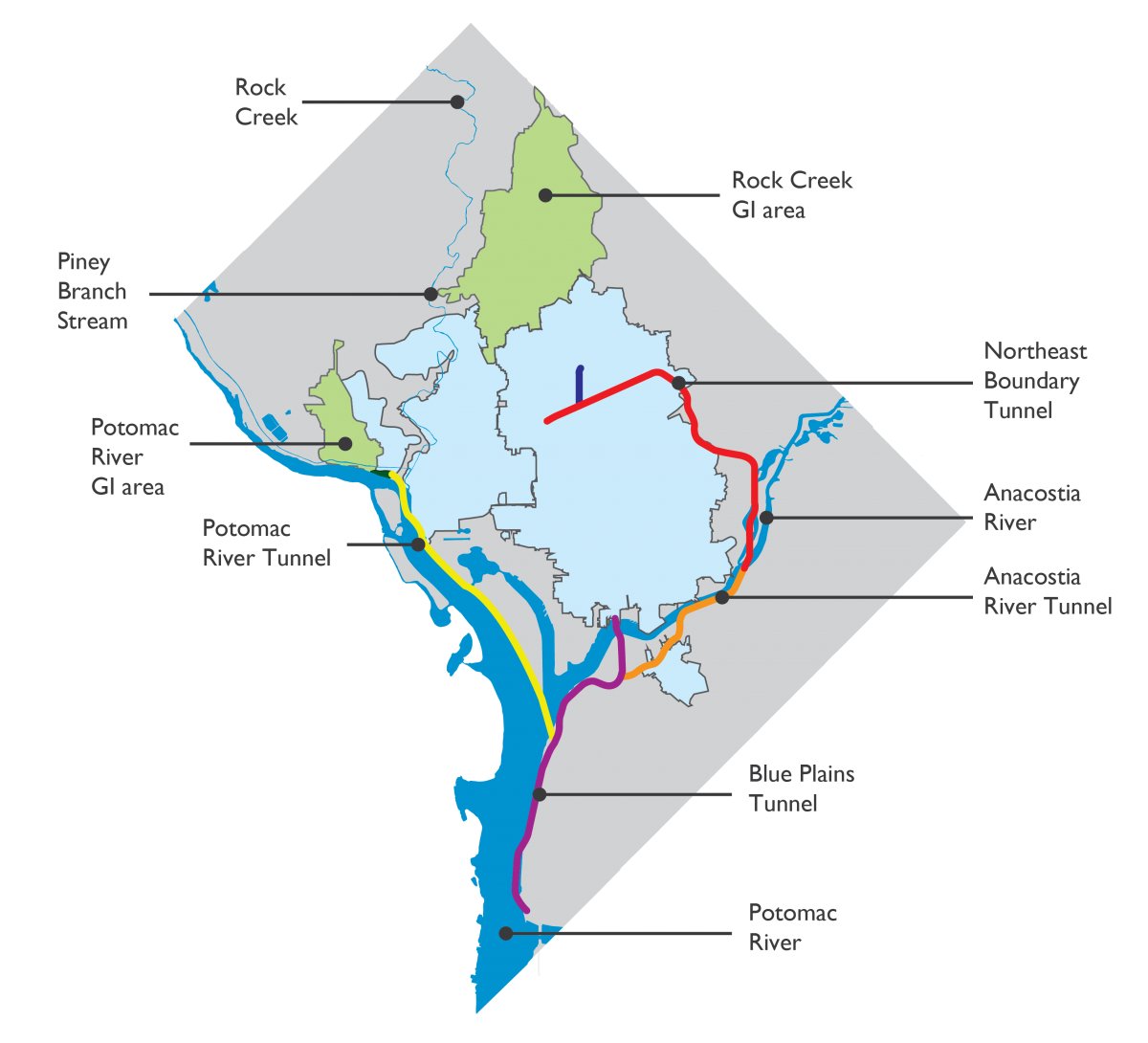 That weekend dumped an average 5 cm (2 in.) of rain across the region, the Washington Post reports. During the same month in 2012, similar rainfall totals caused three catastrophic floods in the Bloomingdale neighborhood over a period of 10 days.

“The tunnel, in our view, is doing its job,” DC Water spokesman John Lisle told WAMU 88.5. “If you think about it, if you didn’t have the tunnel, there would have been some flooded basements.” 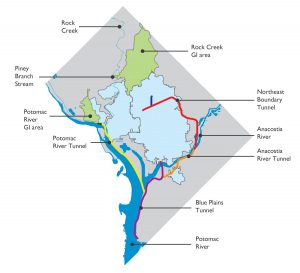 The First Street Tunnel is a major component of the ongoing Clean Rivers Project, a sweeping effort to mitigate chronic flooding problems in Washington, D.C. The Project, mapped here, will capture and convey stormwater from parts of the city with aging or inadequate infrastructure and deliver it to Blue Plains Advanced Wastewater Treatment Plant for purification and discharge. It will also incorporate green infrastructure measures. DC Water.

As a major component of DC Water’s ongoing Clean Rivers Project, the First Street Tunnel was designed to keep up to 30.2 million L (8 million gal) of stormwater runoff out of Rock Creek and the Anacostia and Potomac Rivers.

Coupled with additional tunnels planned under the Clean Rivers Project, the completed system is expected to reduce combined sewer overflow volume by about 96%.

According to the DC Water website, the tunnels also are expected to

Green savings for crews and customers

When the dust settles on the Clean Rivers Project, residents near the banks of Rock Creek and the Potomac River also will see new above-ground stormwater features.

“One of the attributes of the [First Street] Tunnel is that it only works when you have a big enough rainstorm to cause the sewers to overflow. Otherwise, it sits empty and is not doing anything at all, despite the expense,” Hawkins said. “Green infrastructure provides benefits at every rainstorm. It could be a sprinkling of water – and [green infrastructure] would absorb it.”

DC Water predicts that the full Clean Rivers Project will be complete by as early as 2023. 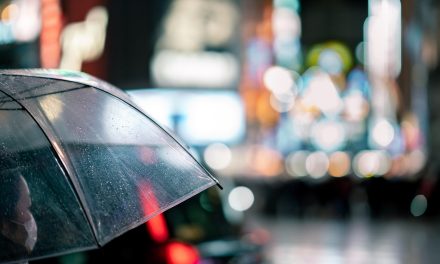