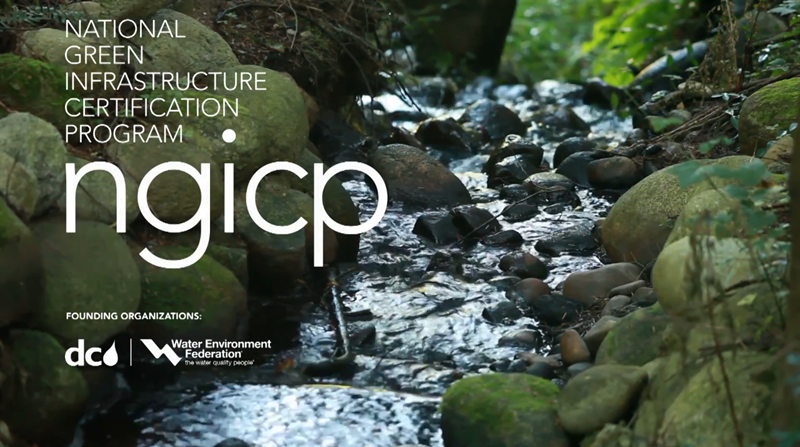 The video’s release follows the certification of NGICP’s inaugural class of professionals in January 2017.

Green infrastructure not only protects water quality, it also uniquely engages people in the process. NGICP helps to prepare people to perform jobs in the construction, inspection and maintenance of green infrastructure.

Learn more about the program at www.ngicp.org