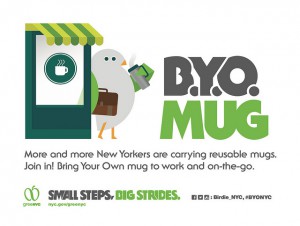 An example of GreeNYC’s B.Y.O. messaging designed to help reduce consumer waste and litter that makes its way into the water environment. 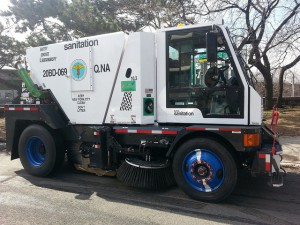 In addition, to its new public education campaign New York City sweeps more than 9600 km (6000 mi) of city roadways each day and maintains approximately 25,000 litter baskets around the city. 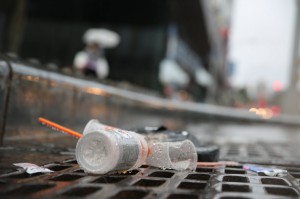 New York City inspects and cleans its approximately 148,000 catch basins, which are designed to trap litter before it can make its way into the sewer line. 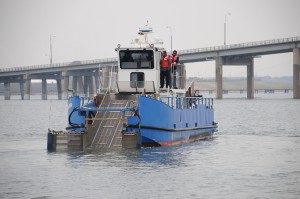 A fleet of skimmer boats, along with booms surrounding 23 major sewer outfalls throughout the city, captures any debris that makes it through the catch basins. Images by New York City.

On Nov. 9, New York City announced a new public information campaign aimed at reducing consumer waste and street litter. The campaign is expected to improve the health and aesthetics of local waterways and will help the city comply with its Municipal Separate Storm Sewer System permit.

Each year, New York City generates more than 6 million tons of residential and commercial waste. Trash that is not disposed of properly can wash into the sewer system and pollute local waterways. The public awareness campaign by the Mayor’s Office of Sustainability, GreeNYC, and the New York City Environmental Protection and Sanitation departments aims to reduce the amount of consumer waste produced in the first place.

“We are a city of islands, with a recovering marine ecosystem surrounding them,” said Nilda Mesa, director of the Mayor’s Office of Sustainability. “The more trash we keep off the streets, the more fish and other aquatic wildlife will return. The first phase of the B.Y.O. campaign was a great success, with 157 million less plastic bags going to landfill in NYC and a financial savings of $2 million to the city. This next phase will take it up a notch.”

To support New Yorkers who carry their own water bottle, the city will install or repair 500 public water fountains and water bottle refilling stations across its five boroughs. Additionally, it will provide temporary water bottle refilling stations during the summer months through the Water-on-the-Go Program. Through the city’s Adopt-a-Basket program, local businesses and community groups monitor and change the liner on litter baskets in busy areas. New York City also will host beach cleanup events in the summer months through the Clean Streets = Clean Beaches program.

As part of its trash-free waters initiative, the city is studying sources of street litter and marine debris. The study will help to inform the awareness campaign and enable the city to work closely with affected communities. This will also help to focus outreach efforts where they will have the most effect. This campaign will help New York City reduce floatable and settleable trash and debris discharged through its storm sewer. The campaign will serve as an intern measure and inform efforts to develop a stormwater management program to reduce stormwater pollution. The campaign also will help to meet OneNYC goals of sending zero waste to landfills and reducing waste disposal by 90% by 2030. 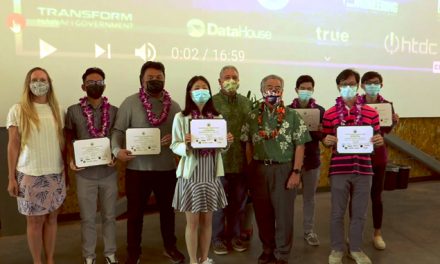