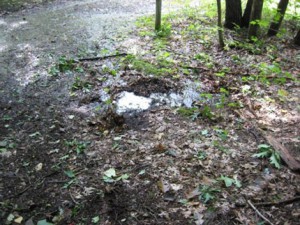 Soil scientists have struggled with accurately measuring water flow through soil for years. Even the smallest soil details can sway water’s path from the straight, sequential line gravity alone might demand. These minute differences contribute to water’s “preferential flow.”

Locally, preferential flow affects how much water soils can store, how soils retain nutrients, and how agricultural chemicals move through soil. It also affects soil’s ability to filter and the stability of the landscape. On this small scale, pathways include root channels, animal burrows, cracks in dry soil, and spaces between soil aggregates. On a larger scale, preferential flow affects the entire water cycle—the continuous movement of water among the oceans, air, and land. Topography, vegetation, and other complexities become important.

Research published in the March 2015 issue of Soil Science Society of America Journal, on “Frequency and Control of Subsurface Preferential Flow: from Pedon to Catchment Scales,” aims to address some of the technological challenges associated with measuring preferential flow.

The study, led by Pennsylvania State University Professor Henry Lin, examined methods to scale up observations from the smallest, basic unit of soil to the larger landscape. Lin says that most previous field studies have disturbed the soil and provided one-time results. Techniques that don’t disturb the soil are becoming more popular. These methods provide a big picture but can miss fine details.

Lin’s group pursued a novel approach to measuring preferential flow in the Shale Hills Catchment area of central Pennsylvania. Researchers installed soil moisture sensors at various locations, from the surface all the way to the boundary between soil and bedrock. The sensors connect together in a computer-monitored network for periodic, automatic measurements.

The current study looks at soil moisture data from 412 events over 6.5 years and includes 25 sites.

Lin found the unique water patterns depended on small-scale elements. “It was the interplay between landform units and soil types, coupled with initial soil moisture and precipitation features, that determined the initiation and persistence of preferential flow,” he said.

The soil-monitoring network also revealed a hidden flow pattern beneath the soil surface. Lin describes these patterns as both structured and dynamic. “Pathways may be linked via a series of nodes in a network, which may be switched on or off and expand or shrink depending on local soil moisture conditions, rainfall inputs, and plant activities,” Lin says. “With time, these networks may self-organize, thus forming temporally stable…pathways.”

Lin describes two areas for future research into preferential flow. First, he says, studies must “go beyond classical small-scale physics” and provide a meaningful method for scaling up small-scale observations over large areas. Second, researchers must find ways to overcome the challenges associated with measuring and mapping preferential flow as it happens in the landscape.

Lin hopes researchers worldwide will use these techniques. This could contribute to a wider understanding of how water flows across diverse landscapes. 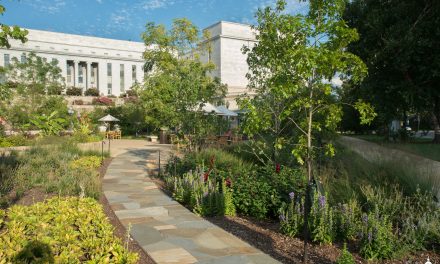 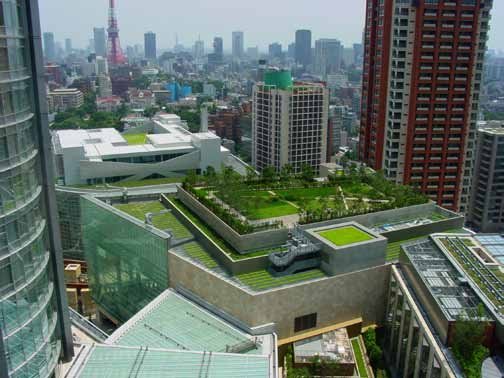 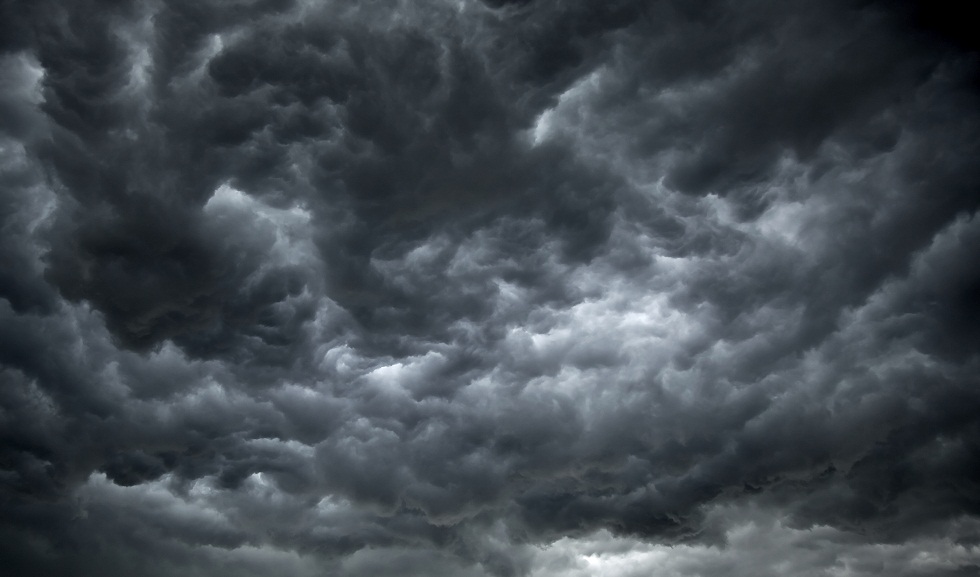