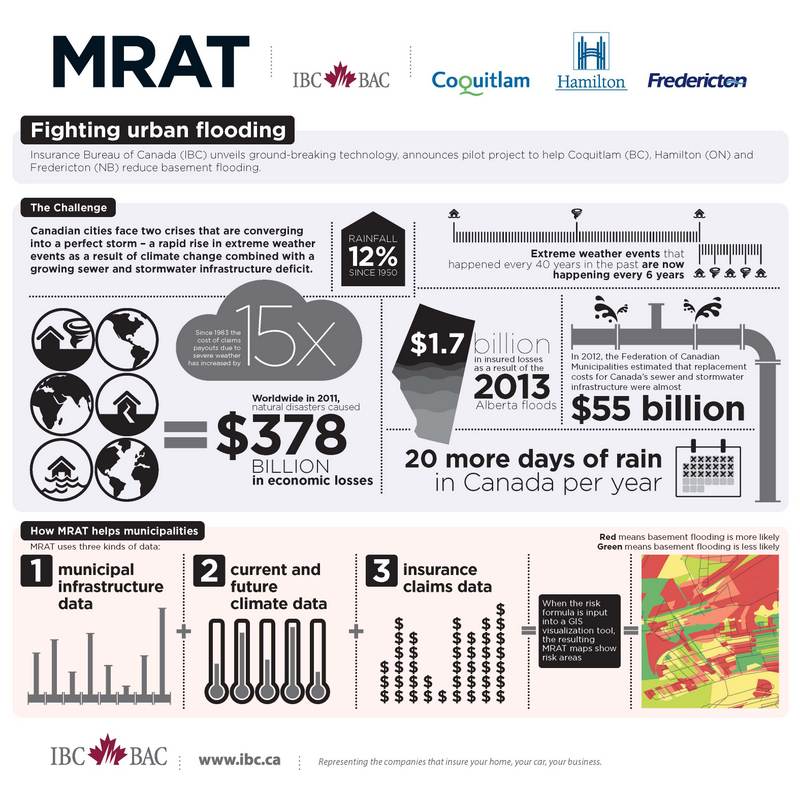 Infographic from the Insurance Bureau of Canada

Canada’s insured loss totaled $3.2 billion (US$2.88 billion) in 2013, the highest in the country’s history, reports the Insurance Bureau of Canada (IBC). The losses of 2013 came after four consecutive years of natural disaster losses for the insurance industry that hit the $1 billion (US$900 million) mark. The largest insured disaster – and Canada’s costliest natural disaster ever – was the torrential rainfall that flooded towns in southern Alberta last June. Insured damage for that storm was more than $1.74 billion (US$1.57 billion). In July, a record rainfall caused flash flooding in Toronto resulting in $940 million (US$846 million) in damages. The flooding was the most expensive insured natural disaster in Ontario’s history and the nation’s second-most expensive weather event in 2013.

“Canadian communities are seeing more severe weather, especially more intense rainfall. This overburdens our sewer and stormwater infrastructure, resulting in more sewer backups in homes and businesses,” states Don Forgeron, President and CEO of IBC. “Property and casualty insurers are collaborating with all three levels of government to help Canadians adapt to these new weather realities,” he adds.

IBC recently unveiled a new predictive tool for municipalities to help pinpoint vulnerabilities in their sewer and stormwater infrastructure — weaknesses that could lead to costly sewer backups and basement flooding. The new technology, called MRAT for “municipal risk assessment tool,” combines information about municipal infrastructure, current and future climate, and past insurance claims to give city engineers a new and revealing picture of where their infrastructure is vulnerable now and will be vulnerable in 2020 and 2050. IBC launched MRAT in November as a pilot project in partnership with three municipalities — Coquitlam, BC; Fredericton, NB; and Hamilton, ON. 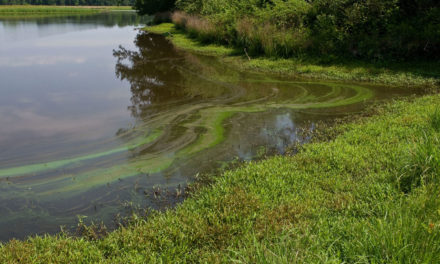