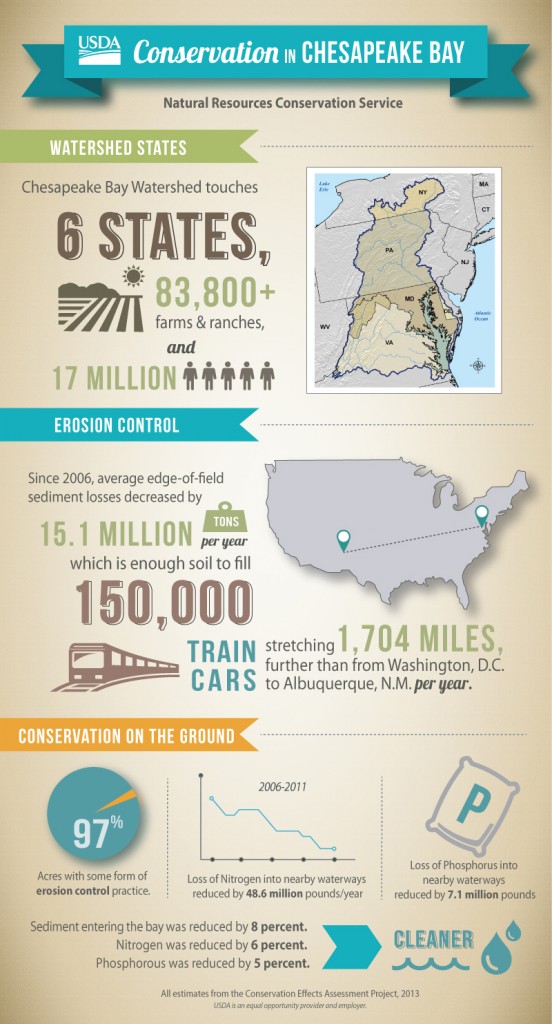 According a report released Dec. 5 by the U.S. Department of Agriculture Natural Resources Conservation Service (NRCS), conservation practices are reducing nutrients and sediment in runoff headed to the Chesapeake Bay watershed.

The USDA states that 84,000 farms and ranches exist in the Chesapeake Bay watershed, where agriculture contributes $10 billion annually to the region’s economy. NRCS efforts have led to wider acceptance of conservation practices, the report states. Notably, some form of erosion control has been adopted on 97 percent of cropland acres in the Chesapeake Bay Watershed. Further, the use of cover crops has increased from 12% to 52% since 2006. Read more.