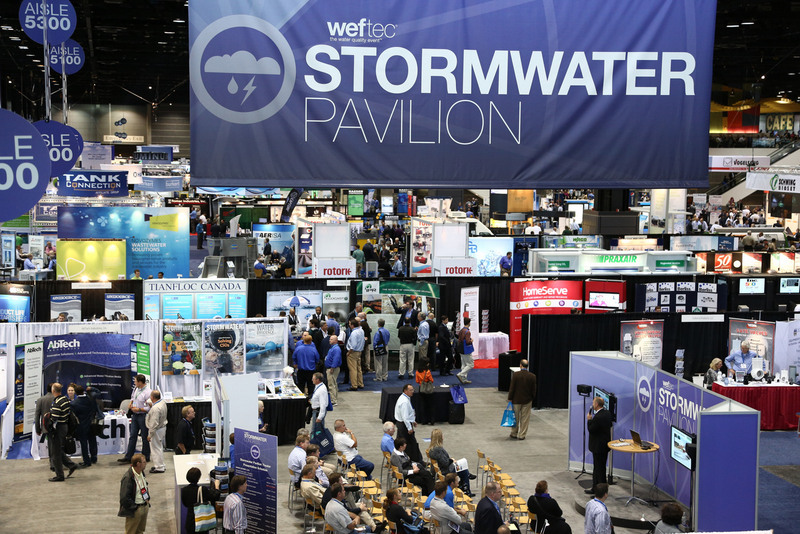 “As a first-time WEFTEC attendee, I was initially overwhelmed. This was the biggest conference that I have attended, and figuring out where to start seemed daunting,” said Justin Ring, senior project manager at Edminster Hinshaw Russ & Associates. “However, the people and tools put in place by WEF made it very easy.”

Christopher Pomeroy, cofounder of AquaLaw, was also a first-time WEFTEC attendee. “I was concerned that stormwater issues of interest to me would be lost due to WEFTEC’s size — but it turned out to be an excellent information sharing and networking opportunity for those involved in cutting-edge stormwater issues.”

Building on the momentum of WEF’s 2012 Stormwater Symposium and previous WEFTEC stormwater programming, the Stormwater Congress attracted an audience of 575 people.

“I was amazed by the first annual Stormwater Congress.  Many of the participants I spoke with said that WEF is on the right track, leading the industry in finding a home for stormwater practitioners,” said Matt Bond, associate vice president at Black & Veatch Water and past WEF president. “I think we have just scratched the surface on our impact for the stormwater community.” 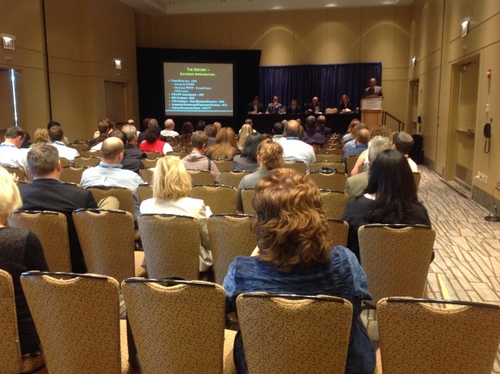 Presenters discuss both conventional and hot topics at the 2013 Stormwater Congress.

“From the opening session to the last workshop, the information presented was engaging and interesting… Having the opportunity to discuss important issues that we all face with professionals from around the world made every moment at WEFTEC worth it,” Ring said. 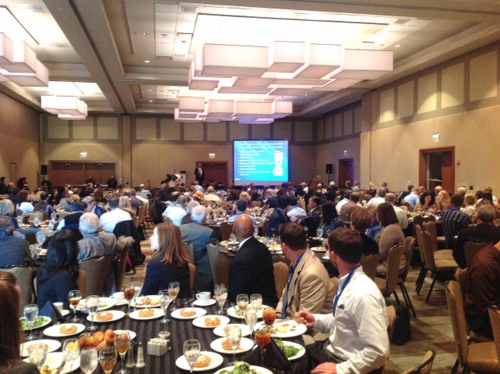 Andrew Reese, vice president at AMEC, kicks off Stormwater Congress programming with a keynote during the luncheon.

The Stormwater Congress kicked off with a luncheon and keynote address from Andrew Reese, vice president at AMEC. He discussed the rise of the stormwater sector, which is being elevated to the same professional level as drinking water and wastewater through regulation, research, and stormwater programs across the U.S. While ties exist between the sectors and there are lessons to be shared, Reese also discussed the top ten differences between stormwater and wastewater. These differences and the fact that stormwater is still a fairly nascent field are reasons for hosting a separate but collocated Stormwater Congress.

“The Stormwater Congress was a great start for stormwater management at WEF. It was well attended with lots of good information and networking opportunities,” Reese said. “The wastewater community seems to have embraced stormwater, and with its resources, can greatly help advance the field.” 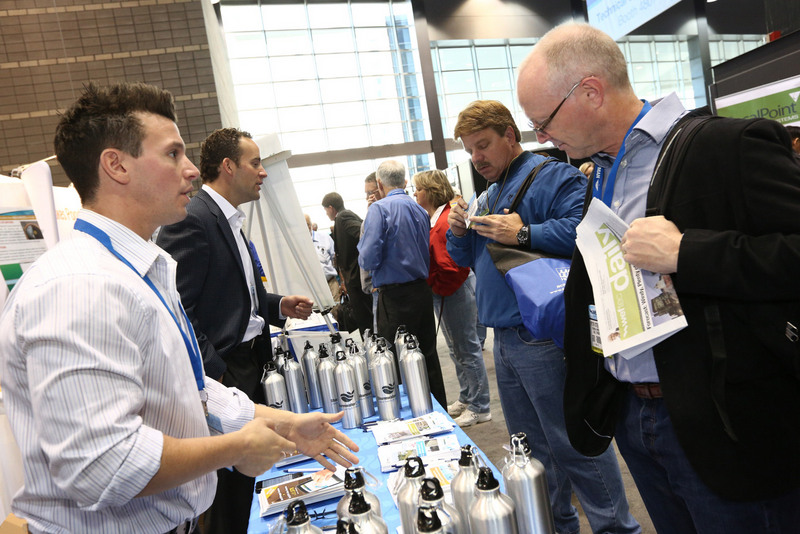 Exhibitors discuss their products and services with attendees.

The Stormwater Pavilion returned for its second year with 16 industry-leading companies. While many vendors offering stormwater products could be found throughout the exhibit hall, the pavilion provided a concentrated location for stormwater vendors and was adjacent to WEF’s inaugural Stormwater Congress. According to exhibitors, the pavilion helped them stand out in a record-setting exhibit hall. Some exhibitors also attributed the pavilion with making the show more productive for them by attracting a more targeted audience, including many new leads and international contacts.

“We were able to make connections with key decision makers in and outside of the U.S.,” said Andrew Demers, president of Stormwater ONE, an occupational trade school for stormwater housed exclusively online. “WEFTEC gave us great access to international attendees. Stormwater is a global topic, and we were able to gain access to that global economy through this show.”

For AbTech Industries representatives Sara Marzec and Pam Schade, the show was also a success. “We received exposure across the sector,” said Marzec. “WEFTEC is a show for the entire water industry, a one-stop-shop.”

Companies offered training and certification services while others promoted low impact development (LID) technologies, such as high-rate infiltration media and green street planters. Devices for traditional stormwater controls ranged from swirl concentrators to inlet control devices to buoyant flow control devices for stormwater ponds. While some exhibitors were competitors, many of the products, including LID and traditional solutions, complement one another and can help cities create a more robust stormwater management program.

“WEF again leads the way in forging a clear-eyed assessment of the challenges that we face in our country and around the world,” said Marshall Palm with WesTech Engineering, a 2013 StormTV Project winner. “It is in spaces like the Stormwater Pavilion where ideas are shared that make WEF stand out as a forum for the future.” 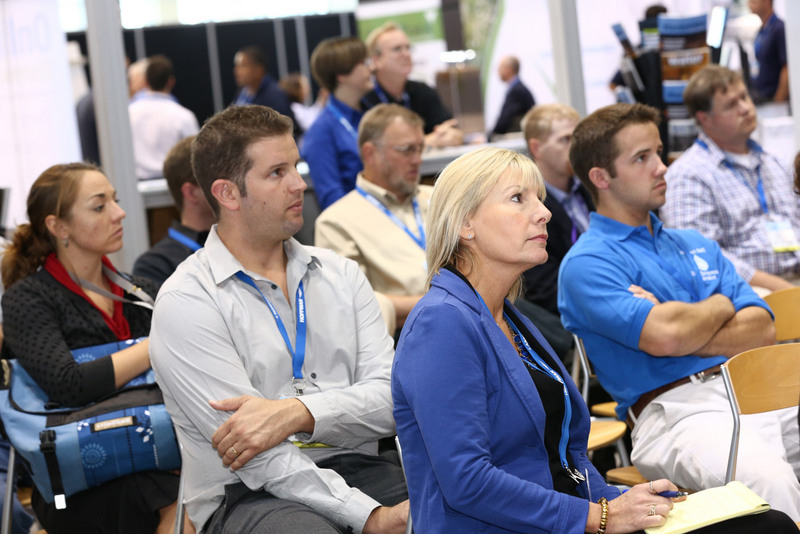 The Stormwater Pavilion theater was a new feature at this year’s WEFTEC with 15 short technical presentations spanning user-fee funded stormwater utilities, tree box filters, the U.S. EPA’s Campus RainWorks Challenge, and much more. See presentations from the 2013 event. The theater was designed as an open space for exhibit floor visitors to catch quick technical presentations. The 30-seat theater provided a more intimate setting for speakers and the audience. As such, WEF scheduled several interactive sessions, including a mobile session, trivia game, and meet-the-speaker event. Play the trivia game online.

“Getting the opportunity to present on stage in the Stormwater Pavilion was a new positive twist to a trade show,” said Doug Buch, PaveDrain president. “We had several positive comments following this forum.” Will Harris, western regional engineer with KriStar, also noted that “the pavilion theater was very comfortable. There was an intimacy to the small space, despite the crowd.” 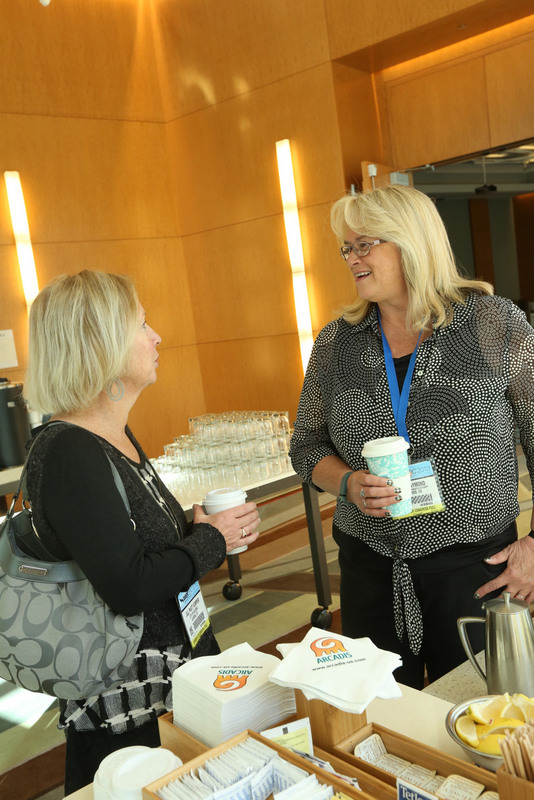 At the Stormwater Congress, learning took place in technical sessions, on the exhibit floor, and through conversations with peers. To facilitate these discussions, WEF hosted coffee breaks during technical programming and a reception in the Stormwater Pavilion where Editor-in-Chief Pam Wolfe announced the launch of WEF’s newest magazine, World Water: Stormwater Management.

See highlights from the Stormwater Congress in the video below.

WEF Seeks Input from MS4s and States on Testing of Stormwater Products, Practices