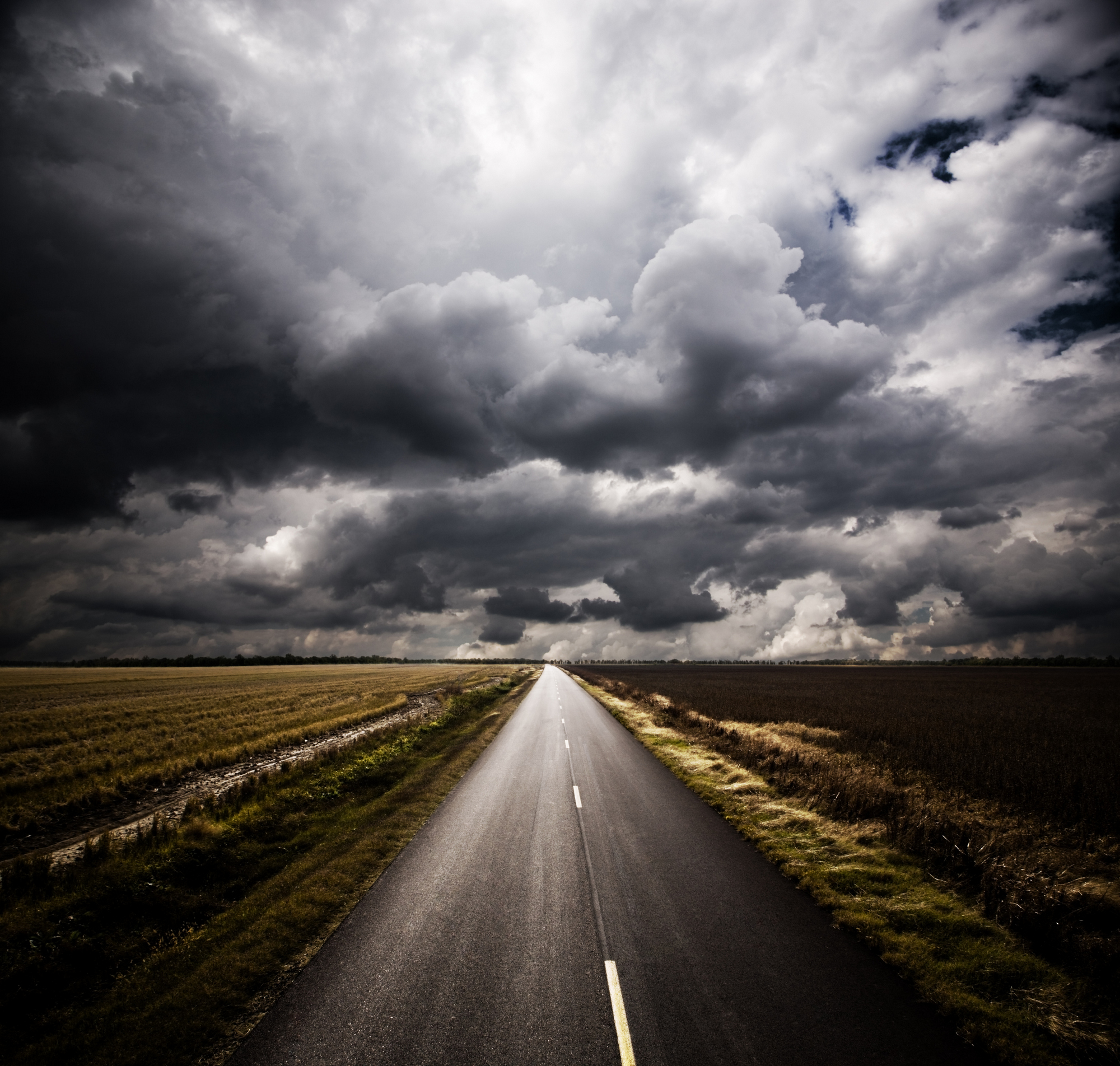 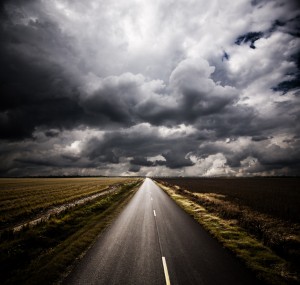 Because of their unique configuration, linear transportation networks are often an awkward fit for the existing municipal stormwater regulatory framework.

“Transportation networks have a different flavor than commercial, residential, and industrial development,” said Larry Schaffner with the Washington State Department of Transportation (WSDOT) Stormwater and Watersheds Program. As a result, it can be inefficient and, in some instances, ineffective to emulate how cities and counties manage runoff on other land uses.

WSDOT manages roads throughout Washington state in a variety of settings, from highly urbanized to rural, from marine to mountain climates. A wide variety of geographic, topographic, and climatic factors affecting runoff necessitate a wide range of stormwater management strategies, each with varying maintenance requirements.

Atmospheric deposition, surrounding land uses, vehicle operation, litter, and other pollutants all contribute to water quality degradation and are largely beyond a transportation department’s control. 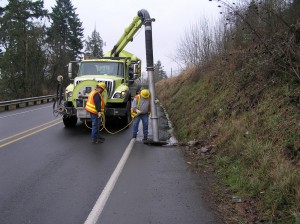 However, unlike municipalities, transportation departments have no policing power or authority — for example, zoning and land use ordinances — to regulate adjacent property. 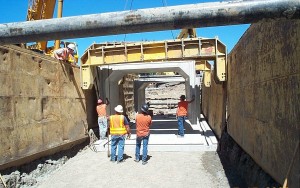 Linear rights of way also have practical limitations in terms of siting and maintaining stormwater facilities. These challenges are particularly acute in highly urbanized settings.

“During maintenance operations within the right of way, you have vehicles driving by at high speeds, sometimes requiring lane closures,” Schaffner said. “Worker safety is definitely an issue.”

Falling into different jurisdictions can mean varied stormwater requirements for even a single road within a state. By nature of their scale, transportation systems traverse many watersheds but typically account for only a small area within a particular watershed. Consequently, departments of transportation are often included in total maximum daily loads (TMDLs) and assigned regulatory obligations in their stormwater permits. The geographic scope of potential TMDL-related obligations creates challenges.

In Washington state, TMDL development is decentralized. In some cases, “TMDL writers have come up with vastly different solutions to respond to identical problems,” Schaffner said. “We would like to see a more uniform approach to the recipes prescribed for addressing particular problems.”

To address the problem of many overlapping and sometimes conflicting mandates, some states, like Washington, have adopted a separate brand of municipal permits for state departments of transportation. In addition, as part of its stormwater rulemaking effort, the U.S. Environmental Protection Agency (EPA) has signaled the creation of a transportation-specific program.

WSDOT supports a more customized permit approach with transportation-focused objectives — “one that speaks more to the nature of transportation systems’ operations and the context of their settings,” Schaffner said.

Questions remain about the suitability of applying stormwater manual design standards and guidelines, often developed for application at the site and subdivision scale, to the linear setting of roads and highways. According to WSDOT, when establishing requirements, consideration should be given to achievable benefits, given existing conditions and land use development objectives.

“What standards should apply in a highly urbanized setting versus one that is rural or pristine?” Schaffner asked. “Is it unrealistic to expect identical environmental outcomes in those different settings? And how should the predeveloped condition be defined? Is it the site’s condition before project development or the site’s historic pre-European condition?” Finally, are these standards feasible to implement in a confined right-of-way setting?

In Washington state, most policy directives have already been defined, but some continue to generate discussion. For example, state flow control standards to mitigate increases in stream channel erosion have been in place for some time. “The recent emergence of a low-impact development (LID) standard has become a new chapter in this controversy, manifesting itself in the form of permit appeals,” Schaffner said.

With Washington state’s focus on “keeping it out of the [Puget] Sound and putting it into the ground,” questions have arisen about infiltrating runoff in areas where underground hydrology is significantly altered or has limited capacity to assimilate surface runoff. Similar questions will likely surface during rulemaking regarding EPA’s anticipated proposed standards for reducing runoff and retaining rainwater onsite.

A watershed-based approach that employs a stormwater mitigation trading scheme and a focus on source control could offer an alternative to the traditional stormwater management strategy. It can cost orders of magnitude more to provide treatment and control flows in the highway right of way than at another location or at the source.

Source control provides a means of keeping pollutants out of the environment to begin with, rather than trying to remove them once they have commingled with stormwater.

“We need to start looking at the other ‘end of the pipe’ solutions,” Schaffner said. “A lot of what lands on the right of way is from exhaust, either vehicle or factory.” A strategy aimed at further controlling air emissions can significantly benefit water quality. “Getting lead out of gasoline is a classic success story,” Schaffner said. Washington state has been a leader in implementing source control measures, having banned copper brake pads and coal-tar sealant, both sources of pollution on roadways that can affect the state’s receiving waters and sensitive salmon populations. 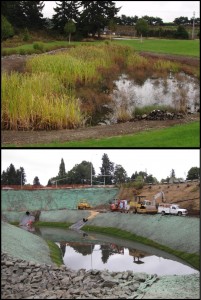 Costs for stormwater management facilities can differ dramatically depending on site conditions, the level of urbanization, and land value. Image courtesy of WSDOT

“When the discharges are to highly impacted receiving waters in urbanized basins, one wonders if this was a smart investment (i.e., will it make a measurable difference?),” Schaffner said.

A watershed-based stormwater mitigation trading program, on the other hand, would offer transportation departments opportunities to meet their stormwater obligations by purchasing credits for offsite stormwater controls in locations that could maximize environmental benefit and optimize mitigation investments.

So what is the hold-up? According to Schaffner, such trading program frameworks require watershed basin plans to be in place — an expensive, time-consuming investment.

Because they are not land-use-regulating bodies, departments of transportation are not appropriate entities to take the lead role in creating watershed basin plans. “Relative to other land uses, we may just be a ribbon through that watershed or basin,” Schaffner said. “Unfortunately, the costs and benefits to local jurisdictions to enter into such an involved and expensive undertaking — further complicated for basins crossing multiple jurisdictions — often do not pencil out,” particularly since the trading benefits, if any, may not be readily apparent until such an effort is well under way.

As builders, owners, and operators, departments of transportation incur the capital and life-cycle costs involved in constructing and operating stormwater management facilities. Private developers, on the other hand, may finance the construction but will not necessarily be the ultimate owners or operators, allowing them to pass along the cost of compliance. “So while private developers could potentially benefit from watershed-based trading, the motivation for private developers to make investments in watershed basin planning is not there,” Schaffner said. “The result is an alternative approach that is nice in theory but stuck in park.”

Smart growth (the “other” LID)

From a larger watershed perspective, merely focusing stormwater management strategies at the site and subdivision scale can cumulatively result in outcomes that work at cross purposes with smart growth objectives.

Siting stormwater controls can be land-intensive and compete with other uses, such as development density targets, that could result in equal or greater environmental benefit. Care should be taken to ensure that the stormwater regulatory framework does not unintentionally promote sprawl and impede transit-oriented development objectives.“Better yet would be to embrace those growth management strategies and principles as part of the stormwater best management practice toolbox for urban settings,” Schaffner said.

“For the most part, stormwater management recipes are uniform despite the landscape,” Schaffner said. “The best solution should consider the context of that area, also known as ‘context-sensitive solutions.’” 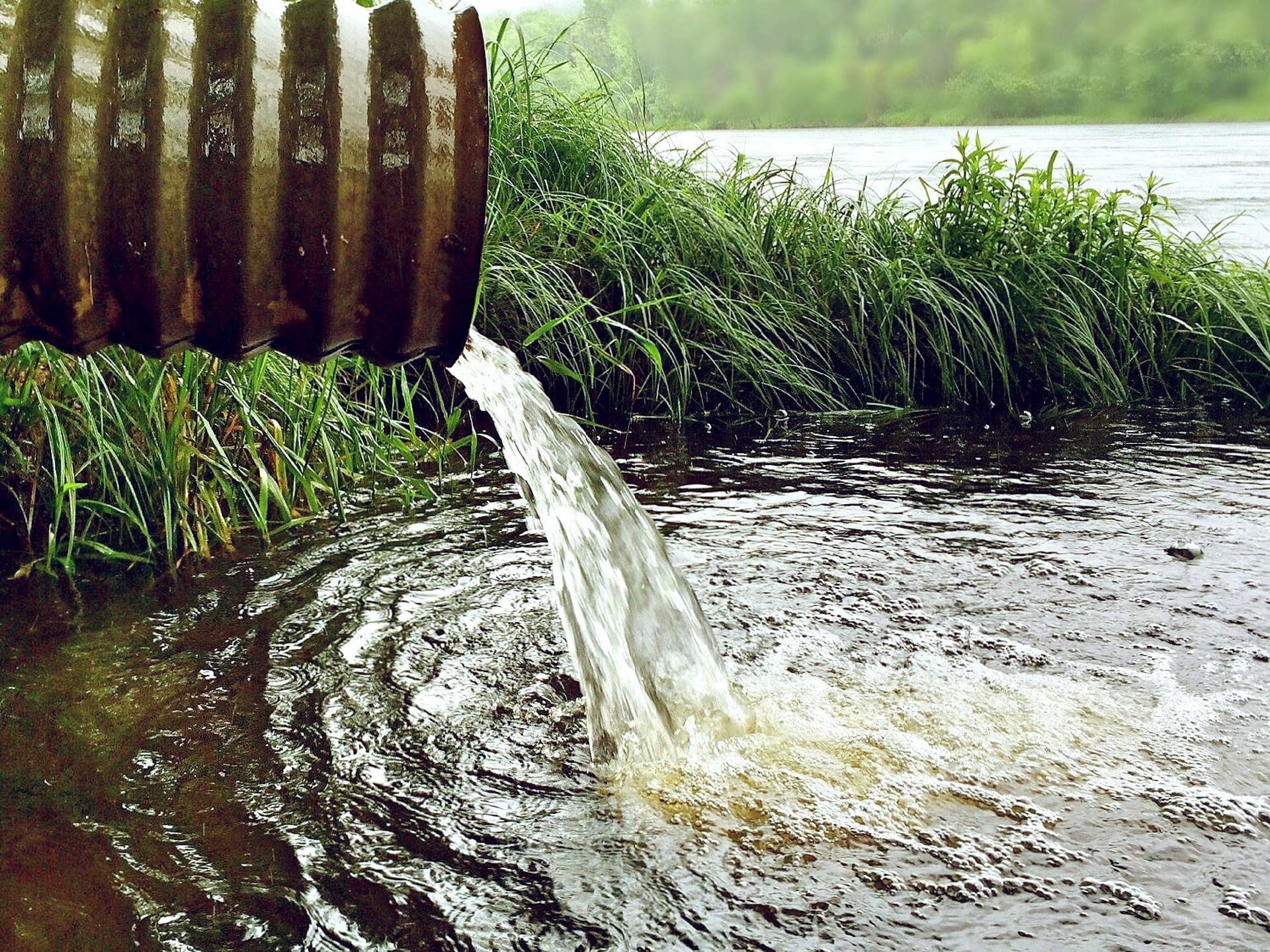