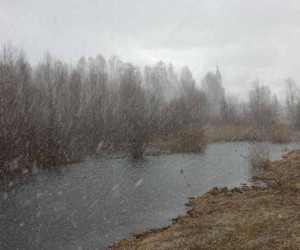 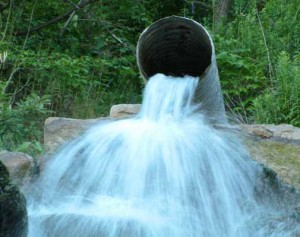 A growing number of wastewater agencies are assuming stormwater management responsibilities. For some communities, the growing complexity of stormwater is driving the transition. For others, growing mixed media compliance demands or the failure of other management approaches are the drivers. This trend will only increase.

There are some advantages to placing stormwater within the control of another water-related utility organization, mostly revolving around the organization’s mindset to run its activities as customer-oriented, asset-heavy, public enterprises.

Wastewater organizations face unforeseen issues when taking over stormwater programs, many stemming from the fact that, while stormwater seems similar to wastewater, it is actually very different in significant but unappreciated ways. Understanding these differences can determine whether the development of a stormwater program is successful or fails to meet community or customer expectations and regulatory mandates.

#1 – Stormwater is tied intimately to land use

For wastewater flows, the system typically is designed with fairly simply objectives, using average flow values and known or assumed peaking factors. Averages are found by reference to population, types of non-residential development, or numbers of residential units.

Stormwater peak flow, volume, and quality are tied intimately to land use. This is made difficult in two major ways. The ability to actually predict stormwater flow volumes and quality from land use is an imprecise art, while the effects of such flows are precisely experienced. Second, the ability to influence or control these discharges is equally undependable. Few wastewater organizations have the ability to control zoning or development decisions; some of which may occur upstream of the political boundaries and the rest of which are reserved to other departments or entities.

#2 – Stormwater is a provisional system

In wastewater, a major pipe burst is fixed promptly – day or night.

Stormwater systems work flawlessly when it is not raining. A clogged channel may go for years without attention. Flood events are relatively rare, and much of the installed capacity of the stormwater system is therefore “provisional” in nature designed and waiting for rare storm events — at which time proper function of the stormwater system becomes essential to community health and the safety of people and property.

Even if a flood occurs, it is difficult to know its magnitude without accurate and detailed rainfall data. Perhaps it was just a 25-year storm falling on a 10-year design system. Management of such a system invariably means a tricky tradeoff between known and experienced problems and problems that only show up because a model says the system is not adequate.

If Noah floats by, we will all be under water. That is, there is a diminishing, but real, probability of an ever larger flood peak. While the absolute peak flow within a wastewater system is fairly easy to predict, stormwater is flashy, rare, and extreme.

In a sense, we design stormwater systems to fail. For example, a stormwater structure designed to handle the 10-year storm will be overwhelmed one year in ten on average — by design. And there are 30,000 stormwater structures! This is true even if the whole system is designed appropriately and maintained to perfection.

The implications of this on how stormwater is managed can be profound and troubling to a manager; particularly with respect to safety, flood response, and public relations. This is particularly troublesome given the next factor.

#4 – Based on land ownership not system ownership

In the utility paradigm, ownership and operation of a system is key. Land ownership typically is not a barrier to operations. Stormwater “systems” are a mishmash of ditches, pipes, driveway culverts, streams (both ephemeral and perennial), ponds, inlets, and other miscellaneous structures. There are few easements and street water may be causing a majority of the flooding or erosion in someone’s backyard. There are many legal and public pitfalls to avoid as the wastewater manager seeks to own and operate a stormwater “system.”

Most local governments own a system of streets which are constructed, owned, and operated for the public’s benefit. The duty on the local government is twofold. First, it must adequately design and construct its drainage system so as not to divert water onto private property in quantities that cause damage. Second, it must maintain the drainage system so that its operation does not constitute a nuisance. In many places, the level of service and the extent of service policies are intertwined carefully to attempt to forge order out of chaos… over time.

#5 – Stormwater is based on MEP

On Dec. 8, 1999, The U.S. Congress included stormwater discharges under the National Pollutant Discharge Elimination System (NPDES) program. On that date, stormwater became a strange bedfellow with wastewater as stormwater is only marginally like wastewater in both approach and measures of compliance.

In wastewater, numeric effluent quality is the goal. And there are set ways of attaining those goals. However, in stormwater — because at this point in time there are few places that have numeric stormwater wet weather standards — what we do becomes the measure of compliance and only indirectly what we attain. It is all about the definition and negotiated activities contained within the term maximum extent practicable or MEP.

It is a bit like a combined sewer overflow consent decree: If you do what you say you will do then, you are, by definition, in compliance with your permit. Measurement of stream health serves to guide an iterative process of ever-changing requirements, steering inexorably toward clean water.

Unlike wastewater where the “cause and effect” has been well worked out, in stormwater things are still very much in the “experiment and see” stage — though great progress is being made. 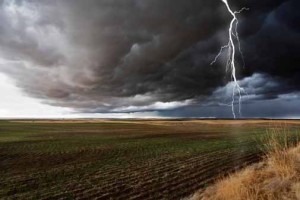 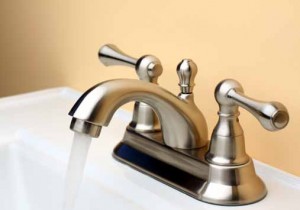 #6 – Stormwater is characterized by episodic discharges of nonpoint pollution

Part of the problem with stormwater is that it has thousands of nonpoint sources with point delivery mechanisms. Every plot of ground, every citizen, every activity can become a source of pollution — and little of it is contained within any kind of controllable system. In addition to that, the actual effect of pollutants on the environmental system is ill-understood in aggregate. Data often are scarce because of the transient wet weather nature of it all. We often are reduced to seeing the after effects of storms or the accumulation of more subtle effects on a stream or other receiving water system and trying to deduce what caused what.

This is different from wastewater where contained point sources are understood and happen every day in generally predictable ways. There are limited entry points to the closed system and these can be better controlled. And, there is the ultimate stopper: the treatment plant.

#7 – Stormwater has no ultimate end of pipe treatment

Other than superficial similarity to pretreatment or septic programs, the stormwater pollution approach is foreign to wastewater operators. To protect the whole natural system, the goal is to treat stormwater as near to the source as we can get. The use of natural green infrastructure solutions is growing in popularity and mandate.

In fact, the most upstream point in the watershed, the source, is probably the brain of the citizen. If we can keep pollutants from entering the stormwater system in the first place, then we do not have to work so hard to remove them. And so, if we can change the runoff footprint of land use, change regulations, and conduct effective public education, the battle is half over.

In stormwater treatment, we initially attempt to plan sites using green design concepts. These concepts prevent pollution and help filter that which is generated through green areas. Further downstream we look at smaller dispersed treatment devices and approaches. Unlike in wastewater systems, these primary treatment approaches are subject to the vagaries of private ownership and maintenance. Yet further downstream, we may have larger treatment devices that do double-duty with flood control. And, after the water reaches a natural stream, we promote in-stream approaches that enhance bank stability and habitat.

#8 – Mobile boundaries open to the air

Perhaps the strangest thing about stormwater from the wastewater operator’s standpoint is the fact that much of the system is defined by a series of ditches and streams — not pipes. The skills and approaches to managing such a system when compared to a piped system are different in significant and subtle ways.

For example, the implications of dealing with a non-fixed boundary come into play. In many places this is not just about bank erosion but about understanding the sediment transport that is necessary to keep the stream in balance (in regime). It also means that the system can overflow at any point along the system with discharges large enough to flood homes and businesses many feet deep.

To complicate things more, the major stormwater system was “sized” by nature over hundreds or thousands of years and the current “natural” stream channel may be neither natural nor stable. What is natural? What is correct in light of the changing baselines? Can we have a natural stream in a changing urban setting — or should our target be different from that?

And finally, much of that “open air” is comprised of roadways that are designed, maintained, and used for purposes wherein flood conveyance comes in a distant third. The stormwater manager is always negotiating to do the right thing with other stronger players.

#9 – Ecology and habitat are key

The goal in wastewater is to have plenty of mesophilic bacteria to “digest” the effluent. The best habitat is the one where this is maximized. At discharge, the normal interest is compliance.

In natural stormwater systems, the goal is to try to maintain a natural habitat to ensure the survival and propagation of all manner of organisms from the lower niches of the food web to the upper. Biocriteria are used to measure stream health. Buffers are sized using habitat as a strong consideration. Shade, natural vegetation, large woody debris, in-stream structures, substrate quality, etc. are all of concern.

Much of what the stormwater manager must do has to do with recognition, restoration and preservation of natural habitat. This requires the wastewater — now stormwater — operator to balance many often competing interests, interest groups, and regulatory mandates in ways that would be unusual in the world of wastewater treatment (except where encounters with the endangered species act have already limited sewer expansion). 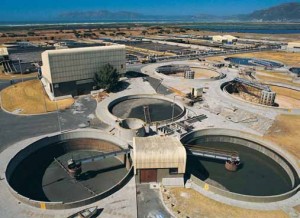 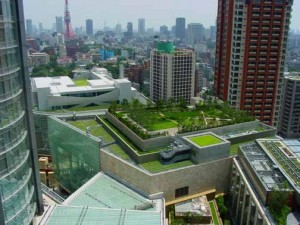 # 10 – People can interact with and enjoy the flow

In wastewater treatment the primary human interactions are flushing and paying bills. People tend to avoid all things wastewater and the last thing they want is to be located next to a treatment plant or even a buried interceptor.

Stormwater can be totally different — especially when it comes to well-planned and administered streamside land use. Greenway and riverfront systems in urban settings create centerpieces for community involvement and recreation. In many cities, this system is a strong economic driver — for example, the San Antonio River Walk.

Thus, while the wastewater operator provides hidden and functional service, the stormwater manager can be in the position to provide a near-priceless and singular amenity important to the life and vitality of the community. However, this opportunity does not come without pressures: political, environmental and economic.