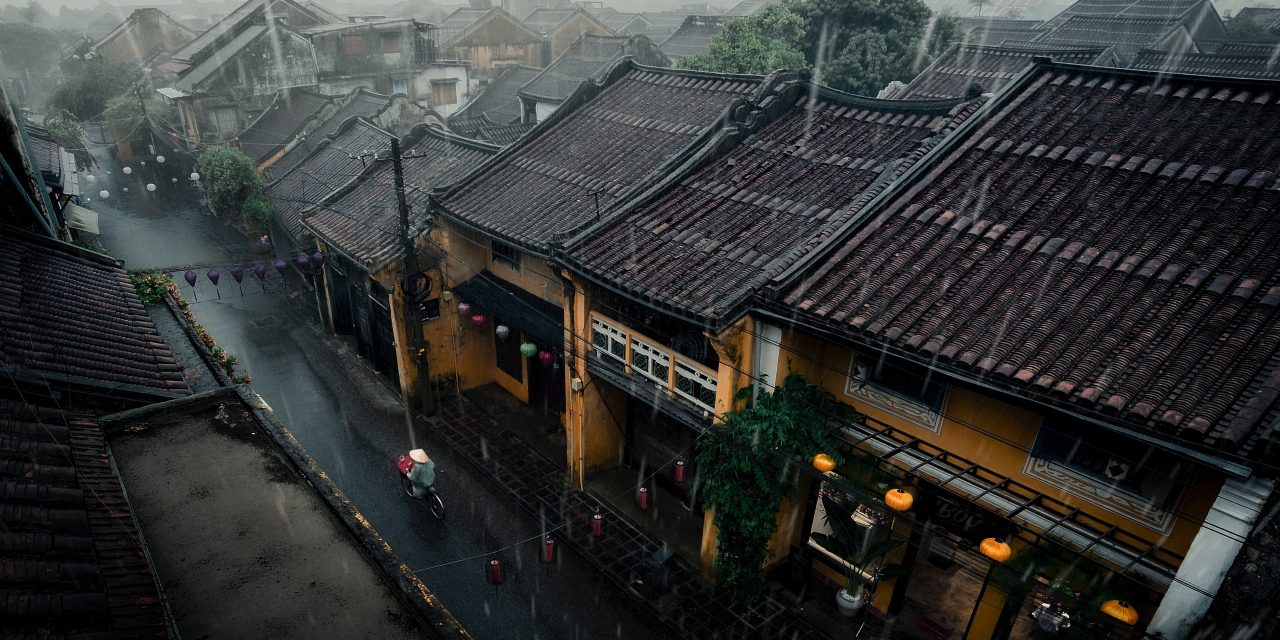 New research led by the U.S. Department of Energy’s Pacific Northwest National Laboratory (PNNL; Richland, Washington) suggests that the combined effects of heat-retaining groups of buildings and aerosolized pollutants in urban areas may significantly distort local weather patterns. Two recently published studies describe how these factors can lead to stronger winds, greater precipitation volumes, and longer storm durations above populated areas. PNNL atmospheric scientist Jiwen Fan describes that many studies have examined how urban heat and air pollution can affect weather patterns separately, but that her team’s inquiries are the first to consider them in tandem incorporating detailed physics.

“The novelty of our study is that we consider both urban land and aerosols together, instead of their separate impacts,” Fan said in a December release.

The air above Houston, Texas, differs significantly with its surroundings. The warming effects of the city’s dense buildings, the near-constant activity of its large shipping channel, and its proximity to several oil refineries contribute to a muggy atmosphere that contrasts sharply with cool onshore breezes from the Gulf of Mexico, Fan’s team writes.

On a humid, summer night in 2013, meteorological data suggests that the air temperature above Houston was as much as 5°C (9°F) higher than the city’s surroundings, containing up to ten times the density of aerosols as air above the Gulf of Mexico. These marked differences made the thunderstorm that occurred overnight on June 18 an excellent test case to study how the storm may have manifested differently under natural conditions, PNNL researchers describe.

Fan and her teams used a modified version of the U.S. National Center for Atmospheric Research (NCAR) Weather Research and Forecasting (WRF) model that considers the chemical constituents that affect weather patterns. They were able to virtually reproduce the conditions that led to the storm and governed its characteristics. Using the model, the team simulated the same storm under three distinct scenarios. The first eliminated the city’s aerosol contributions; the second replaced Houston’s urbanized land with surrounding croplands; and the third incorporated both changes simultaneously. Comparing results of the three simulations to data from the actual storm enabled the researchers to isolate the specific effects of urbanization and aerosols, as well as their combined effect.

According to the Houston study, atmospheric conditions in the city prompted about 45% more total precipitation to fall during the storm than would have fallen without the city’s influence. The researchers theorize that cooler, denser winds from the Gulf of Mexico mixed with the warmer, lighter air above Houston to cause stronger convective forces. This caused the storm to begin approximately 30 minutes earlier than it would have without Houston’s influences, researchers describe. Additionally, even after sea breezes tapered off, residual heat from the city continued to drive convection and resulted in a longer storm.

The study further suggests that aerosol contents played a greater role in manipulating the storm than heat. Convective forces are thought to have brought ultra-fine particles from the air into clouds, mingling with water vapor to form condensates that fell as precipitation. The effects of aerosols alone are thought to have been responsible for as much as 30% of the additional precipitation, the study describes.

The research team next turned to the inland climate of Kansas City, Missouri. In summer 2015, NOAA undertook its Plains Elevated Convection At Night (PECAN) campaign to gather a wealth of atmospheric data about night-time thunderstorms that formed under dry conditions in the arid Great Plains. The research team focused on one of these storms for its simulations, again using the WRF-Chem model to isolate both the separate and joint effects of urbanization and aerosols.

Aerosols above Kansas City were only about two to three times higher than in the surrounding area, the research describes.

The storm in question formed north of Kansas City amid relatively cooler air. As the city’s elevated heat drifted to the north of the city, stronger convergence winds were created because of the mixing of the warmer air into the cooler storm that pulled the storm toward the city. The stronger convergence also intensified the storm intensity and led to a more powerful storm.

The aerosol-only simulation revealed that aerosol concentrations above Kansas City did not have a dramatic effect on rainfall, but did affect the occurrence of hail. Aerosols by themselves increased the frequency of hail measuring 2.5-5 cm (1-2 in) in diameter by about 5%, and larger hail by about 11%. The effect of urban land use is shown to decrease smaller hailstones by 3%, but increased the frequency of large-diameter hail by 9%. However, the combined effects of urbanization and aerosols resulted in greater hail volumes than the sum of both effects separately — the actual storm delivered about 22% more hail measuring more than 5 cm (2 in) in diameter than it would have if Kansas City did not exist, the researchers describe. It also increased the frequency of smaller hailstones by about 19%.

“The aerosol effect really depends on the background concentration,” said Fan. “If the environment is already polluted, adding more aerosols doesn’t seem to affect much. But if you’re already in a clean condition and you add aerosols, it may produce a large impact.”

The two studies illustrate that cities may face higher risks from intense storms, for reasons beyond their tendency to experience flooding due to their high volumes of impervious land. By better controlling such factors as the urban heat-island effect and air emissions from traffic and industrial sources, cities can become better-equipped to manage the effects of climate change and protect their flourishing populations.