Comprehensive Study Paves the Way for Reclaiming Spaces Beneath Elevateds 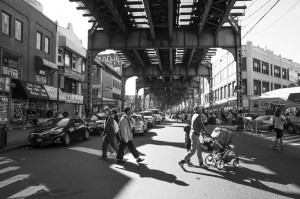 Broadway and Flushing Avenue under the elevated JMZ subway line. Photo © Krisanne Johnson for the Design Trust for Public Space

Under the Elevated: Reclaiming Space, Connecting Communities is the result of a two-year study and spells out environmentally, financially sustainable, and versatile ways to redesign and maintain spaces beneath New York City’s nearly 1130 km (700 mi) of elevated bridges, highways, subway tracks, and rail lines to connect and benefit surrounding communities. The book was released on June 18 by New York City Department of Transportation (DOT) and the Design Trust for Public Space, a nonprofit that jumpstarted the creation of the High Line ― New York City’s iconic elevated park atop a disused rail line. After assessing a vast volume of space along the “elevateds,” which together are approximately four times the size of Central Park, the Design Trust for Public Space project team developed realistic, detailed design, and programming recommendations for community-centered uses for these areas.

“Under the Elevated is the first study to look at reimagining the often dark and underutilized spaces beneath our city’s subway lines, highways, and bridges as safe and attractive public gathering places,” said DOT Commissioner Polly Trottenberg. “We believe this comprehensive study, coupled with DOT’s new design toolkit, are important steps towards reclaiming this space for the public and reconnecting neighborhoods throughout New York.”

The findings in the first phase of a multi-year partnership between the nonprofit organization and DOT reflect how these multijurisdictional public spaces beneath and adjacent to the elevateds can be transformed into valuable community assets. The ideas are aimed at creating brighter, quieter, and cleaner spaces while optimizing them for innovative uses, including building greenways and capturing stormwater.

One of the report’s major recommendations is the El-Space Program, a DOT initiative that will focus specifically on under-the-elevated projects. A comprehensive approach would allow DOT to move beyond case-by-case development to a systematic set of practices for fostering valuable community uses with partners across New York City’s five boroughs. Whether deploying bioretention cells to retain and filter stormwater runoff while reducing overload on the city’s sewer system, or building biowalls to mitigate noise and clean the air of particulates, this program has the potential to enhance the value of this immense network of public space. 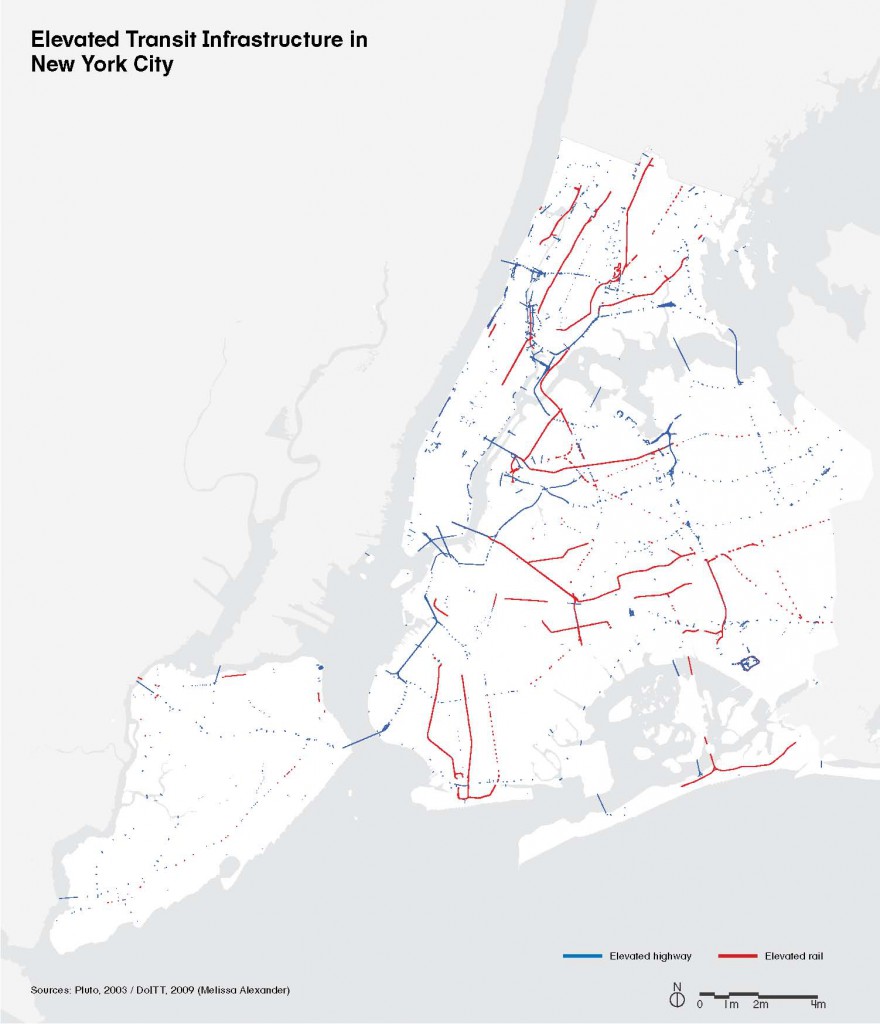