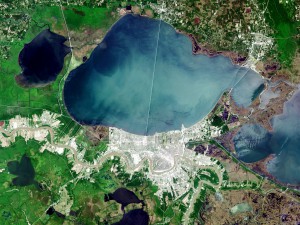 On July 17, The U.S. Environmental Protection Agency (EPA) announced that Groundwork New Orleans will receive $60,000 through the agency’s Urban Waters program. The funding will be used to conduct neighborhood workshops that introduce citizens to cost-effective, do-it-yourself practices for stormwater management in the New Orleans area. The project aims to improve water quality and support community revitalization and other local priorities by working with local partners to design, train, and teach building skills.

The purpose of the Groundwork New Orleans “Green Slice” project is to provide an example of watershed/habitat corridor planning based in the Lower Ninth Ward of New Orleans. Low-impact stormwater retrofits and habitat enhancements in a corridor will span nearly 3 km (1.8 mi) between the Mississippi River and Bayou Bienvenue and anchored at Global Green’s Holy Cross Project (a brownfields community). The project aims to serve as a pilot for strategies that provide decreased susceptibility to flooding. Read about other 2013/2014 Urban Waters Small Grant recipients.

The New Orleans Sewerage and Water Board (S&WB) also approved nearly $400,000 for green infrastructure projects in mid-June. Of this, Groundwork New Orleans received a $100,000 grant to build the Lower9 Earth Lab for a demonstration of alternative stormwater management approaches. The Louisiana Urban Stormwater Coalition also was awarded a grant for its Green Infrastructure Education Program. The S&WB will pay for the grants through its drainage budget. The board has also proposed changes under its second modified consent decree, which if agreed upon, will require it to spend $500,000 annually for the next five years on green infrastructure, according to news sources.

A currently vacant lot will serve as the space for the Lower9 Earth Lab. Following Hurricane Katrina, the New Orleans Redevelopment Authority (NORA) sought to return vacant lots to the city’s real estate market. However, with many lots still uninhabited, NORA is seeking to foster long-term stewardship through its “Growing Green” program, which allows residents or organizations to enter 1-year lease agreements for $250. During this time, the caretakers must show that they will maintain the space. Residents and organizations can extend the lease to two years and buy the property after that. The program should help alleviate flooding while also beautifying neighborhoods and attracting more home buyers. Read more.

Greening vacant lots and funding green infrastructure education and demonstration are in line with the recently announced Greater New Orleans Urban Water Plan. The Water Environment Federation (WEF) will be hosting WEFTEC® 2014 and the Stormwater Congress in New Orleans September 27 through August 1. At the conference, Workshop 27 will focus on implementing integrated water management, using the Greater New Orleans Urban Water Plan as a template. Additionally, there will be a session focused on local stormwater issues, and a sustainable design tour of the Lower 9th Ward Neighborhood. The Students and Young Professionals Committee will host the annual service project, adding green infrastructure to Conrad Park. The Louisiana Urban Stormwater Coalition also will host a stormwater event concurrent with the Congress. 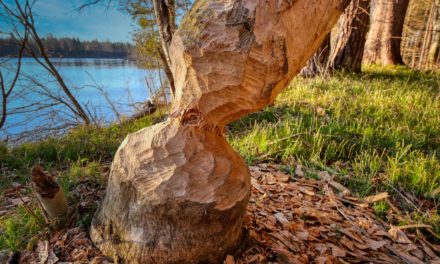