All the Way to the Ocean 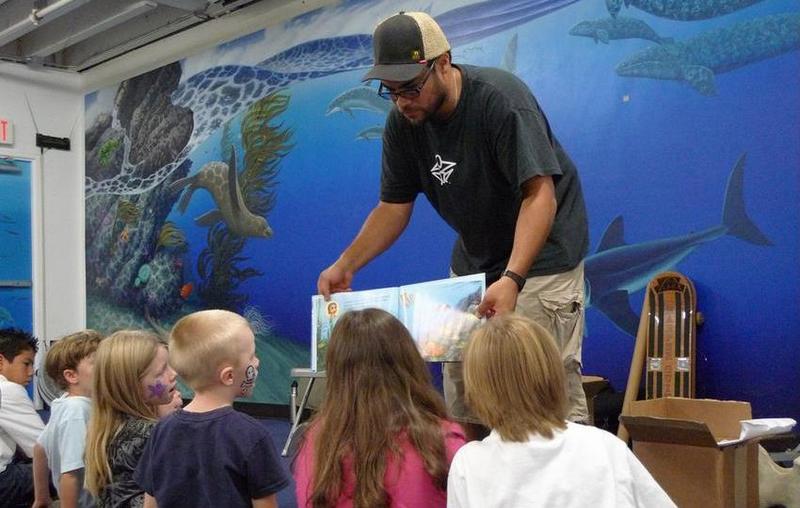 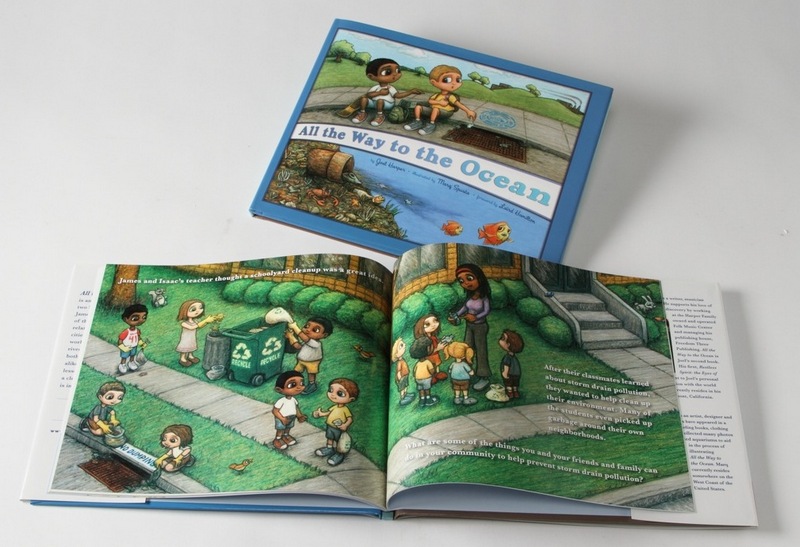 The children’s book All the Way to the Ocean, a tale about stormwater pollution and its effects on marine life, is making it cool for kids to pick up trash. “I wrote this book from the perspective of think globally, act locally,” said Joel Harper, the book’s author and publisher. “Picking up trash can have a big impact, and anyone can do it.”

All the Way to the Ocean tells the story of two boys who learn that runoff carries litter and other pollutants through storm drains to the ocean. Inspired by this lesson, the kids teach fellow students and organize a cleanup day at their school. Like the two children in the story, Harper’s book has inspired similar actions across the United States and the world. Spurred by his passion for the subject and inspired by feedback on the book, Harper is now working on a short animated movie with well-known musicians and film industry professionals. He is pairing the release of the film with educational online games and a new book.

Harper has distributed more than 40,000 copies of All the Way to the Ocean across the U.S. and internationally. “My ultimate goal is to get a book into the hands of every child in every school and every classroom,” Harper said.

Harper is from Claremont, Calif., a small town about an hour east of Los Angeles. In 1998, when he first wrote the script for the book, he noticed city signage on stormwater drains. Despite their “no dumping” message, Harper still saw a lot of trash collecting near and in the storm drains.

“It really bothered me to live in this beautiful town with trash receptacles on every corner, yet there was trash everywhere,” Harper said. “There was no excuse for it.”

Author Joel Harper reads All the Way to the Ocean to children at the Santa Monica Pier Aquarium.

The book is targeted toward children from kindergarten through third grade. “It’s so important to teach and influence children at this critical age,” Harper said. “The earlier we start, the more chances we have to make it part of their wiring.”

As a writer, Harper is able to articulate the complex problem of stormwater pollution so that it not only conveys the message but also inspires action. “[Harper] skillfully tackles non-point source pollution in an entertaining way that many children will find engaging,” wrote John Mott, who at the time worked with the California Department of Parks and Recreation.

The illustrations, created by Marq Spusta, were all done by hand with colored pencils and are part of what makes the book so captivating for children. “Children get enthralled with the pictures,” Harper said.

Since it was published in 2006, the book has received praise from educators and has been incorporated into numerous environmental education programs at schools, municipalities, water districts, and utilities. The book has been endorsed by organizations including Project WET, a group dedicated to water education. “It is the only book not produced by Project WET that they sell,” Harper said.

All the Way to the Ocean also has won several awards, including the Nature Generation Green Earth Book Award. Along with these accomplishments, Harper is thrilled about the endorsements he has received from teachers and parents.

“My children will never look at litter the same way.  It’s a true threat to our environment and I’m thrilled that my kids are now fully aware of what we can do to help every little bit,” wrote parent Maggie Storm. The book is “a true calling to all kids to see the rewards of raising their voices over the threats to our planet, and how one small voice can create large change.”

Motivated by the book, one student wrote a letter to her state governor asking that all storm drains have no dumping signage and organized a playground garbage pickup at her school. After reading the book, 9-year-old Ryan Conners of Claremont, Calif. started recycling plastic six-pack rings by setting up collection bins across town. His goal was to raise $1,000 from recycling proceeds and donate them to the Ocean Conservation Society of Southern California.

From concept to print 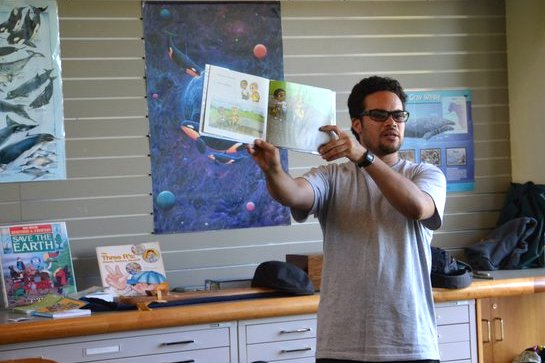 Harper reads All the Way to the Ocean to students at a local school.

Despite the book’s success, Harper faced and continues to encounter challenges. It took him about eight years to publish All the Way to the Ocean. Many larger publishing companies wanted to simplify the book’s language. Some found the images inappropriate, among them gritty urban scenes with cars leaking oil or people not disposing of pet waste. Further, they would not print in the US or on responsible paper stock.

“If I’m going to publish a book on environmental conservation, it is important to be consistent,” Harper said. Self-taught, he started his own publishing company, Freedom Three Publishing, to overcome these issues.

“It feels really good to have taken a mere idea this far all on my own,” Harper said.

Yet, funding remains a major difficulty. According to Harper, every 10,000 books printed costs $25,000. Early on, the Save Our Seas Foundation was instrumental in curbing the printing costs, he said. Harper would like to find investors that buy the books in mass quantities, so he can give them to schools at no cost.

Now, Harper is taking his story to the next level, turning All the Way to the Ocean into a 10-minute flash animation piece that he hopes to release next month on Earth Day 2014. Harper is working with Mediatavern, the producers and investors, as well as several well-known actors and musicians, including his brother, Ben Harper, and reggae artist Burning Spear. Actress Marcia Cross from the show Desperate Housewives will narrate the film, and actress Amy Smart will voice one of the characters along with singer and songwriter Xavier Rudd. Also Pete Michaels, a writer from the show Family Guy, will bring some humor to a very serious subject matter.

The film and book also will be supported by a multimedia platform with interactive online games that help kids learn about runoff and litter. Harper also hopes to release his new book, Sea Change, around the same time as the movie. The book’s protagonist, a 12-year-old girl, seeks to educate her school about litter after a beach outing. Kids will be able to write their own version online next to the story images. The goal of this, and many of Harper’s other projects, is to help children become better environmental stewards through storytelling.

Visit Harper’s website at www.allthewaytotheocean.com to learn more about the book and animated short film project. 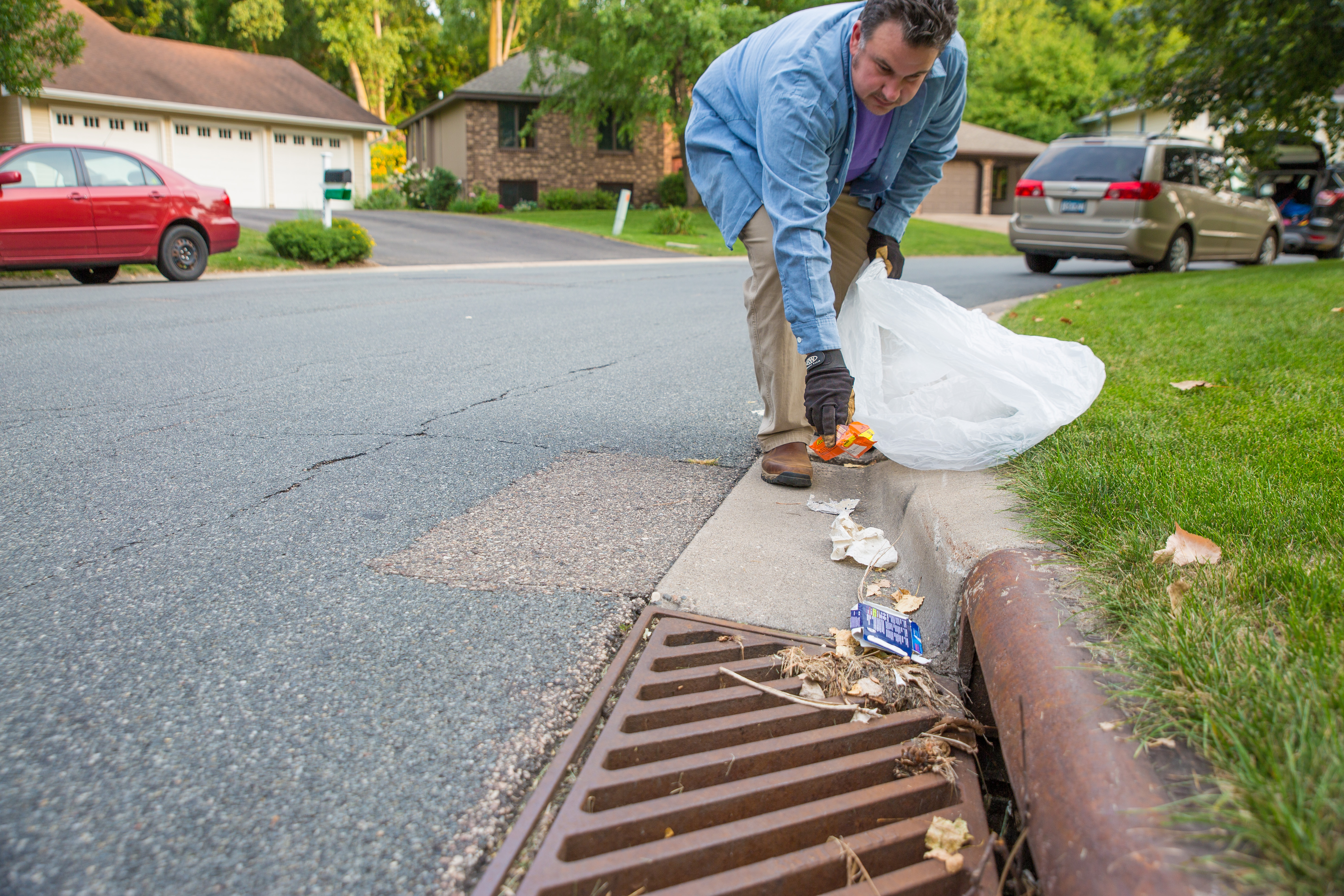 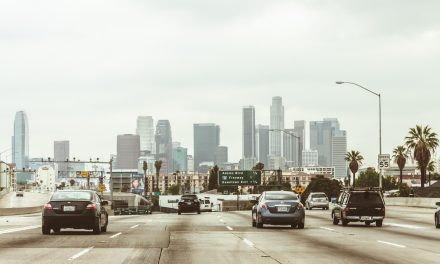